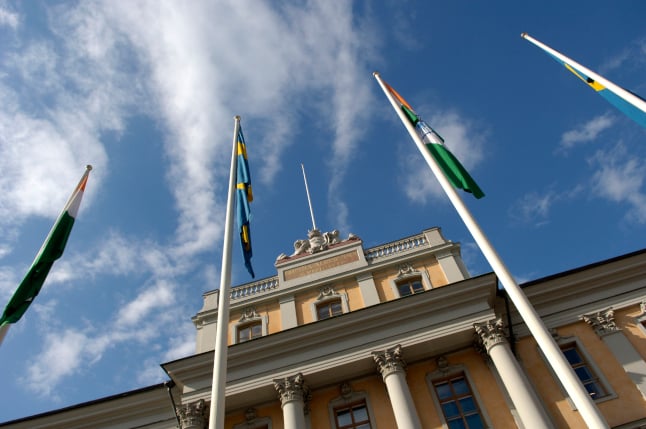 On a night train from Poland to Germany in late August 1942, Swedish diplomat Göran von Otter noticed another passenger who looked troubled.

The fellow traveller was Kurt Gerstein, an SS officer who had just returned from the Belzec extermination camp and witnessed first-hand the industrialised murder of Jewish prisoners.

Birgitta von Otter, the diplomat's daughter, told AFP that the two men struck up a conversation.

When Gerstein realised the diplomat was from Sweden, a neutral country, he began to tell his story.

Sitting on the floor of the crowded carriage, they talked through the night, with Gerstein detailing how he had seen hundreds of Jews lined up and stripped naked before being forced into a room filled with exhaust fumes from a diesel tractor engine. Cautious at first, von Otter suspected that Gerstein could be a spy wanting to plant a false story.

But as Gerstein drew a map of the camps and showed him order forms for the gas used in them, Zyklon B, he became convinced.

“My father realised that this was a person in despair, whose intent was to bring the world's attention to what was going on,” Birgitta von Otter told AFP, recounting the details of the encounter, which are corroborated in books about Gerstein.

Back in Berlin, Göran von Otter was told by his superiors at the embassy not to put the information in writing but instead give an oral briefing to the foreign ministry when he returned to Sweden.

He did so six months later, but it was not received as the bombshell revelation he had expected.

Having relayed what he had heard, Göran von Otter felt he had done his job and left the matter in the hands of the Swedish government.

“In a way, I feel he was the wrong person in the wrong place,” Carl Svensson, a filmmaker whose documentary “The Swedish Silence” on Göran von Otter's legacy aired in late 2018, told AFP.

Svensson also thinks there was something “typically Swedish” about the whole affair, in that Göran von Otter was content to follow procedure.

There are few records of how the issue was handled by Swedish authorities.

But, in 1961, the foreign ministry issued a statement acknowledging the information had been received, but adding that similar witness accounts were already circulating at the time, including by Poland's World War II
leader-in-exile Wladyslaw Sikorski. Staffan Söderblom, who was briefed by von Otter in Stockholm, told tabloid Aftonbladet in 1979 that in “1942 Germany was still almighty and it would have carried significant risk for Sweden to act in a matter like this.”

The article concluded that fear had been the deciding factor in keeping the information under wraps.

Sweden was not alone in this however.

Books about Gerstein, who died in a French prison awaiting trial in 1945, say he reached out to both Swiss and Dutch representatives.

When the war broke out in 1939, Sweden's then prime minister Per Albin Hansson called on Swedes to “come together around the great task of keeping our country out of the war”.

While Sweden escaped occupation, unlike neighbouring Norway and Denmark, its neutrality came at the expense of some notable concessions.

Before the war, Germany was Sweden's largest trading partner and Swedish exports of iron ore and ball bearings continued long after the invasion of Poland.

“Sweden had a sort of guilty conscience in 1945 when they understood they had been fairly passive,” Ingrid Lomfors, superintendent at the Living History Forum museum in Stockholm, told AFP.

To improve its standing with the Allied powers after the war, Sweden sought to shift focus to the good it had done, such as taking in Jews from Denmark and Swedish diplomat Raoul Wallenberg's efforts to save Jews in Hungary, Lomfors said. While many of these acts came only after pressure from allies and after the tide had turned on Nazi Germany, Lomfors said that focusing on its good deeds “sowed the seed of the image of Sweden as a 'humanitarian superpower'”.

“It took a very long time before we started turning over every stone, and then a more complex image emerged, just like it did in other countries,” Lomfors said.

For Svensson, Göran von Otter's story remains relevant as a contrast to “the history of the heroes” that is widely told in Sweden.

“This was swept under the rug and there is sort of a lesson in that,” he said.

In several interviews over the years, Göran von Otter, who died in 1988, expressed regret over not making “more of a ruckus.”

His daughter, now in her 80s, said that while her father was from a generation that didn't speak about their feelings, she felt he “carried this burden of having acted too late and not done enough”.