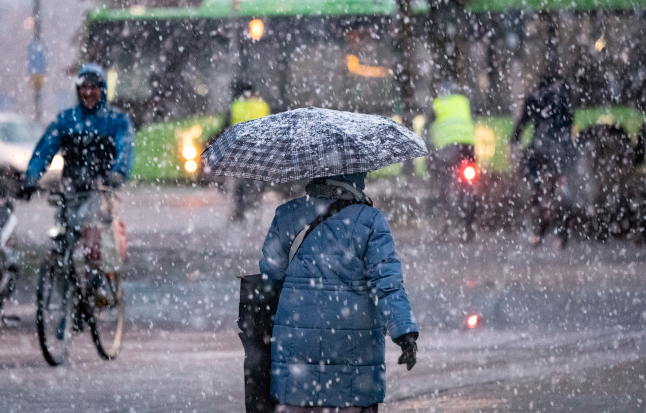 How many people bought a dog during the pandemic?

More than 57,000 new dogs were registered in Sweden in 2020, an increase of almost 11 percent compared to 2019, according to the Swedish Board of Agriculture – following a similar global trend of getting a pet while working from home.

But despite the pandemic effect, it's still far from the record years of the 1970s and early 2000s, when the number of newly registered dogs in Sweden was above 60,000.

The most popular dogs in 2020 were the Labrador Retriever, the German Shepherd and the Golden Retriever.

The Board of Agriculture advises anyone buying a dog to only buy from a breeder who is registered with the Swedish Kennel Club, to avoid accidentally buying a dog who has been smuggled into Sweden illegally. 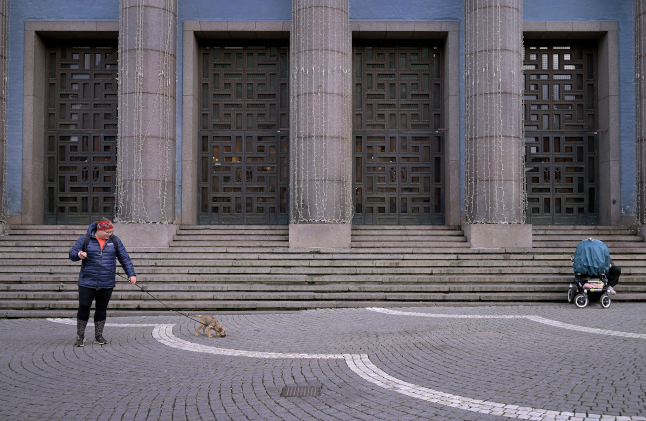 A person walking their dog in Stockholm. Photo: Janerik Henriksson/TT

Swedish party leaders to face off in parliament

The first party leader debate of the year is set to be held in parliament today, with the recent violence in Washington DC, the coronavirus pandemic and the future of Sweden's labour laws likely to be high on the agenda, writes the TT news agency.

The debate, one of four held every year, will take place without an audience or other members of parliament, due to the pandemic. It will however be broadcast online and simultaneously interpreted into English and sign language. Watch it here. 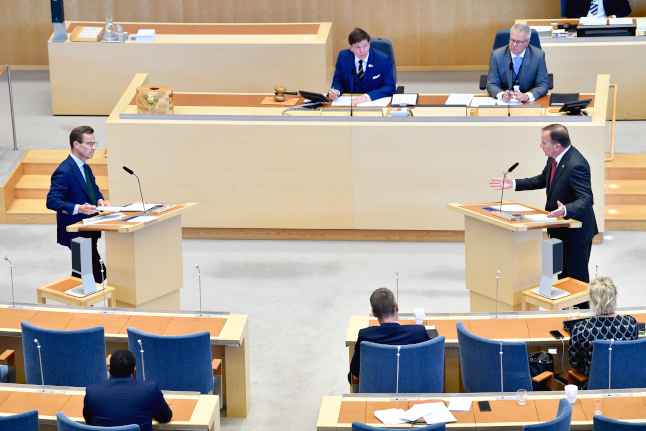 Around 2,400 households in the Västernorrland region were still without power in the early hours of Wednesday, after a snow storm swept the region on Monday-Tuesday.

Sweden's Transport Administration closed the railway line between Umeå and Sundsvall at 8pm on Monday due to the snow storm. It was originally supposed to reopen at noon on Wednesday, but it is now not clear when that will happen.

Weather warnings for snow (class-one, the least serious on a scale from one to three) were in place on Wednesday morning only in southern regions Halland and Skåne. 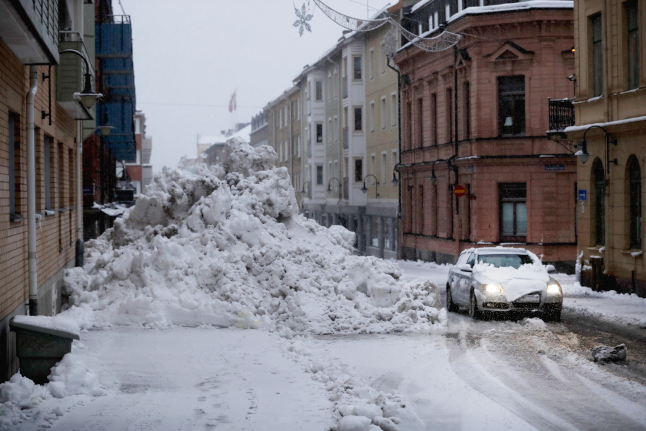 Snow in the city of Sundsvall on Tuesday. Photo: Mats Andersson/TT

There are currently 372 Covid-19 patients in Sweden's intensive care units, with around 20 percent available capacity nationwide, the National Board of Health and Welfare's head of crisis preparedness Johanna Sandwall said at Tuesday's press conference from Swedish authorities.

Sandwall said: “Outside intensive care, in other hospital departments, 2,460 Covid-19 patients are being cared for. So overall there are still more patients in the healthcare system than at any point during spring, so we have a severely overstretched situation in healthcare due to the pandemic.”

The Local also put a couple of questions to state epidemiologist Anders Tegnell about when we can expect the Christmas data to be complete, and what we actually know so far about the new coronavirus variant discovered in the UK and its presence in Sweden.

Swedish vocabulary: National Board of Health and Welfare – Socialstyrelsen