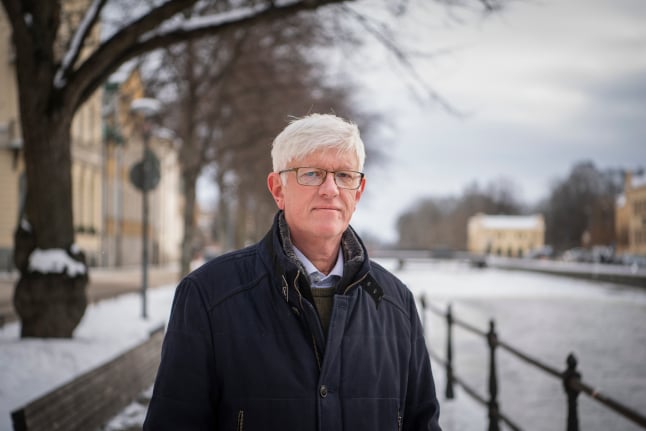 It has gone so far that we have death threats being investigated by the police, Johan Carlson, the director-general of the Public Health Agency, told Swedish news agency TT in a recent interview.

“You are ready for 40 years of prison or a lifetime sentence,” starts one email sent to state epidemiologist Anders Tegnell. The sender wants to see Tegnell punished and ends the message with “preferably through execution by a firing squad, broadcast live on SVT”.

This is just one of several hate mails sent to the Public Health Agency, which says it has been bombarded with emails, phone calls and social media posts since the start of the pandemic. TT reports that they mainly receive questions and opinions, but also receive hate messages, threats and personal attacks.

“It started as early as last spring and then, like now, a lot of it is aimed towards our spokespeople. But it has escalated and we notice this on a daily basis,” Carlson told TT on Thursday. “We have staff who have police protection. And it is not improving, only getting worse.”

He declined to say what the police protection consists of, to protect the security of individual staff members. He also did not want to discuss in detail what steps the authority has taken, simply stating that the most serious threats are always reported to the police, and that they are in continuous contact with the police.

Security guards have also been posted at the Public Health Agency office.

The Public Health Agency estimates that from January 24th, 2020, state epidemiologist Anders Tegnell has received around 50,000 external emails. Out of the emails received in December, TT reports that around 80 of them were some form of hate mail, with demands for his resignation, accusations of incompetence, and personal attacks.

Tegnell, Karin Tegmark Wisell (the head of the Public Health Agency's microbiology division), and other staff who often speak at press conferences and in interviews, are the worst hit by these threats. Sometimes the threats are directed towards their family members, but the senders are often anonymous and therefore difficult to investigate.

Johan Carlson said he is especially worried that the tone between scientists, and the public debate in general, has hardened; that there's less discussion and arguments about the issues at hand, and more harassment.

He believes an increasingly aggressive tone encourages the anonymous hate mails and threats.

“People read it, and then there are new attacks. It just goes downwards. The tone fuels these forces,” Carlson said. 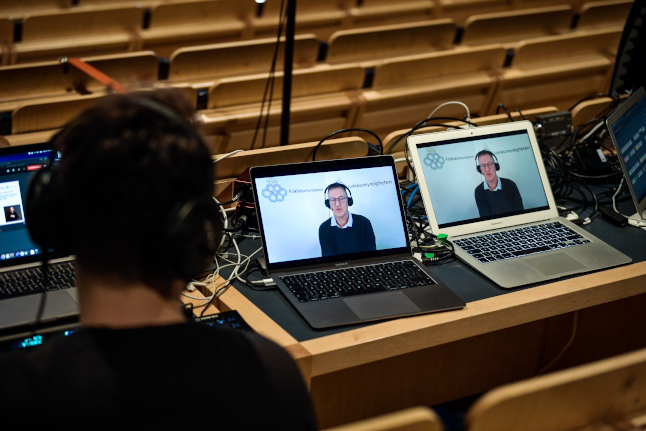 The Public Health Agency has been holding daily, and later biweekly, press conferences since the start of the pandemic. Photo: Janerik Henriksson/TT

Public Health Agency officials are not the only ones who have received threats and hate.

Fredrik Elgh, a professor in virology at Umeå University, told Swedish public broadcaster SVT that he receives thousands of threatening messages every day on social media.

Elgh has featured prominently in the media criticising the Swedish government's handling of the pandemic and has repeatedly called for stricter measurements. He said he had not reported the threats to the police.

Norway's state epidemiologist Frode Forland reported abuse after he said he did not agree with the Swedish strategy entirely. Readers of The Local have reported receiving xenophobic social media abuse after criticising the strategy, while others said they had been coughed at or threatened for the act of wearing a face mask.

If scientists quit, it will have negative consequences for the whole scientific world, according to Carlson.

“This will not end with Covid. It will continue with all sorts of areas if we let this continue,” Carlson said.