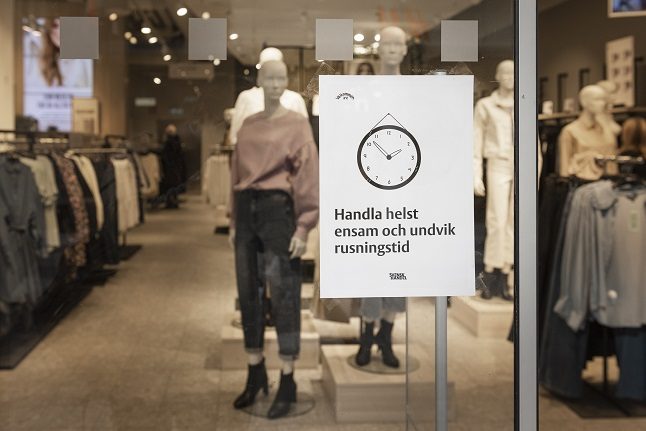 A lot of different numbers are used to track the spread of the coronavirus, including newly reported cases, deaths of people who had the virus, and admissions to intensive care.

At the twice weekly briefings from Sweden’s authorities, the Public Health Agency typically shares an update on each of these numbers (also updated every day Tuesday-Friday online), as well as the total number of cases per capita over the past two weeks.

This is often called the Covid-19 incidence rate.

The way it is calculated is by taking the total number of new cases reported in Sweden during the previous 14 days, and working out how many cases that is per 100,000 residents. On March 16th, this number was 545, which state epidemiologist Anders Tegnell said was “a very high figure”. In other words, for every 100,000 people living in Sweden, 545 of them received positive test results for the coronavirus in the last two weeks; that works out as roughly 1 in every 200 people.

Because these rates are adjusted for population size, they are useful for comparing different countries. That’s what the European Centre for Disease Control does, and it publishes regular updates on the 14-day incidence rates on its website. These might differ slightly from the rates reported in individual countries, because the ECDC publishes its data weekly and it is collected during Monday-Wednesday the previous week, so there is a lag.

The ECDC also uses incidence rates to class countries according to different coloured zones. Countries are classed as a “dark red zone”, the highest level on a four-point scale, if the 14-day incidence is above 500, like it is in Sweden now. An ECDC map based on countries 14-day incidence rate.

The ECDC doesn’t only rely on incidence rates in deciding these zones. For the other three classifications (green, orange and red), it also takes into account test positivity rates – the proportion of Covid-19 test results that returned a positive result in each country over the past 14 days. This is partly because different countries have different testing strategies, with different rules about who is eligible for a state-subsidised test, which means it may not be accurate to compare incidence rates alone. A high test positivity rate therefore might suggest that the true level of spread is even higher than reflected in the incidence rate. An ECDC map using a combination of the 14-day incidence rate, testing rate and test positivity.

These are calculated the same way, by taking the total number of new cases reported over the past 7 days and working out how many that is adjusted for the population, usually per 100,000 residents.

Looking at a narrower time span allows countries to react more quickly to any increase in the spread of the virus, so many countries in Europe use 7-day incidence rates to decide on changes to restrictions, as well as other measurements such as intensive care admissions and available capacity, and test positivity rate.

The chart below, from Our World in Data, also compares the number of newly reported cases adjusted for population, although calculated a slightly different way. It looks at the rolling daily average for each country, rather than the 7-day total, and measures this per one million residents.