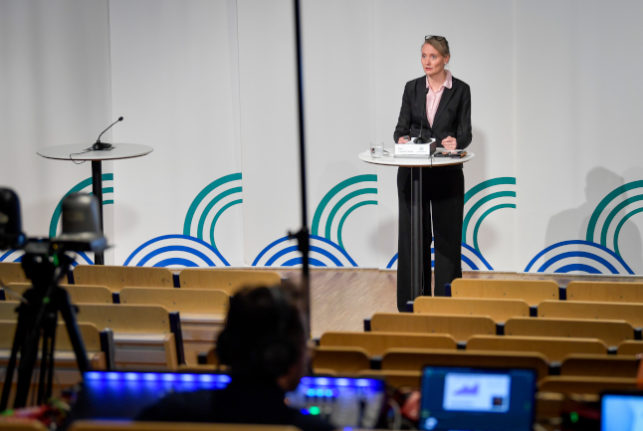 A total of 1,002,121 coronavirus infections have been confirmed in Sweden since the start of the pandemic, according to the Public Health Agency’s latest data, presented on Thursday afternoon.

In the early months of the pandemic, Sweden had a relatively low rate of testing, so the real number is likely higher.

Last week, Sweden tested 336,138 people, of whom around 11 percent were positive. That’s a slight decrease on the week before, when 12 percent of tests came back positive. But the Public Health Agency’s expert Karin Tegmark Wisell warned that the situation is still serious.

“The spread of infection is very high right now, and it varies between the regions,” she told the agency’s biweekly press conference.

Sweden has one of the highest rates of infection in the EU at the moment.

“But it’s a downward trend, just like in many other countries in Europe,” said Tegmark Wisell, adding that some Swedish regions are instead seeing an increase. She did not go into detail on these regions on Thursday, instead referring to the agency’s presentation on Tuesday.

A total of 2,769,411 people have received at least one dose of a Covid-19 vaccine, and 794,198 people have received two doses. That corresponds to 33.8 and 9.7 percent, respectively, of Sweden’s adult population, and many regions have or are about to open the final phase of vaccinations.

Almost nine out of ten people living in care homes for the elderly are now fully vaccinated, which means that there are now very few new cases of coronavirus in care homes, which were hit hard by the first wave of the pandemic.

“We are not seeing any third wave whatsoever in this group,” said Tegmark Wisell.

Another seven deaths were recorded today, bringing Sweden’s death toll to 14,158, and 7,086 have received intensive care treatment for Covid-19.