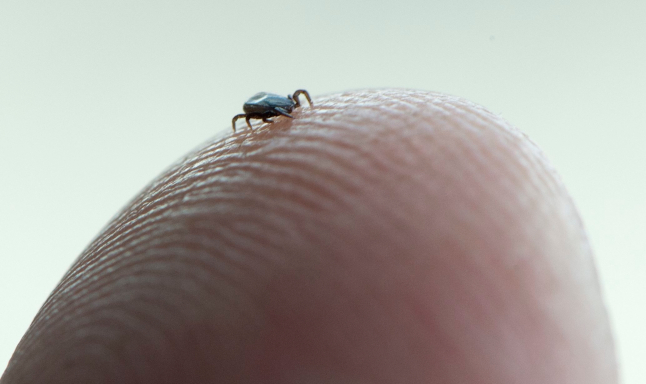 There's been an increase in a tick-borne virus in western Sweden. Photo: Fredrik Sandberg/TT

A former Volvo Cars and Scania consultant who is suspected of having spied for Russia for years goes on trial today. The 47-year-old man was arrested by Sweden’s security police Säpo in 2019 during a meeting with a Russian diplomat – according to Säpo in fact a Russian intelligence officer – at a restaurant in central Stockholm. The man denies the allegations.

The trial will be held over the course of three days this week and next week at Gothenburg District Court, reports the TT news agency.

The EU Digital Covid Certificate was agreed on by member states earlier this year, and is meant to facilitate travel within the union during the pandemic. But as The Local has reported in a series of articles, thousands of people are currently unable to get the certificate because they don’t have a Swedish social security number, personnummer.

“We believe that because this makes it harder for a group of people, who perhaps even live in Sweden and have the right to do so and are only affected because they don’t have a personnummer, it is a problem that is in violation of freedom of movement,” Charlotte von Mentzer, a legal adviser for the Solvit group, told us. Read the article HERE.

Sweden has evacuated everyone who was employed by the embassy in Kabul from Afghanistan, Foreign Minister Ann Linde wrote on Twitter on Wednesday.

The evacuation of citizens and residents, as well as people formerly employed by the Armed Forces, continues. Sweden has so far flown more than 900 people out of Afghanistan. Denmark, Sweden and Finland have assisted each other in evacuation efforts, said Linde.

Around 20 cases are usually reported in a normal year, but last year they reached 53 cases and more are expected to be reported this year. So far, 50 cases have been confirmed in the region, and the season is not yet over.

One of the reasons could be the fact that fewer people are travelling during the pandemic, suggested an infectious disease doctor. Instead they’re spending time at home, and perhaps more time than usual outside in nature, which in turn exposes them to more ticks and TBE.

TBE is a viral brain infection, which can cause a range of symptoms, usually starting with typical flu-like symptoms and then developing to include nausea, dizziness, and in around a third of cases, severe problems. Symptoms usually appear around a week after the bite, but can take longer. There is no cure, but it can be treated, and there is a vaccination too. Here’s The Local’s guide to how to protect yourself against ticks.

You know about elk and bears, but in Sweden one of the most dangerous creatures is one of the smallest: the tick. https://t.co/mXhrkcLziQ