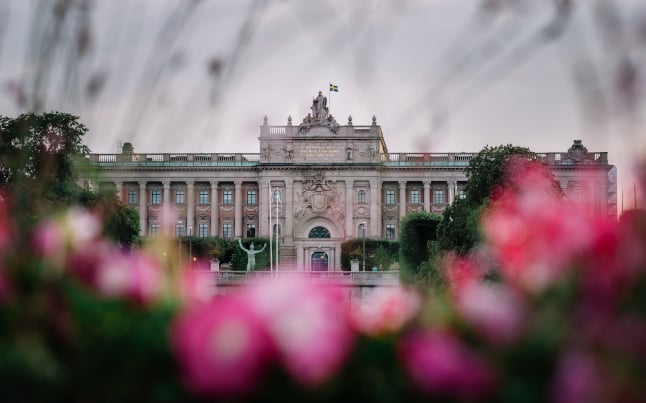 A dramatic autumn in Swedish politics is set to get under way today. Photo: Stina Stjernkvist/TT

The Swedish parliament is set to reopen on Monday after the summer recess, kickstarting what’s likely to be a dramatic autumn in Swedish politics.

The full 349 members of parliament are now welcome to return to votes in parliament – although the opening ceremony will be adapted to the pandemic with fewer guests and neither a mingle nor the traditional concert at Stockholm’s Concert Hall afterwards. Until today, only 55 MPs have been permitted in the chamber due to the pandemic.

Prime Minister Stefan Löfven will read his declaration of government, in which he’ll reveal the policies the government will pursue in the coming year. This will be Löfven’s last such speech before he retires in November, just ten months before the election.

The Local explains how the church election works in THIS article.

The Kalmar region in southern Sweden will start sending out letters to people who are not yet registered as being vaccinated against Covid-19 in the region’s vaccination register. That’s around 30,000 people. The region told public broadcaster SVT that they haven’t yet decided whether to offer booked appointments or just drop-in hours.

It was previously unclear whether the regions would be legally allowed to use the register to contact unvaccinated residents, but lawyers at SKR – the umbrella organisation for Sweden’s local and regional authorities – gave the green light last week.

Four Swedish restaurants have received a new star in Guide Michelin, and Sweden’s only three-star restaurant (Frantzén in Stockholm) will hold on to its three stars.

The four new restaurants which will get one star each are: Aira, Stockholm; Project; Gothenburg; Äng, Tvååker (Halland) and Hotell Borgholm on the island of Öland.