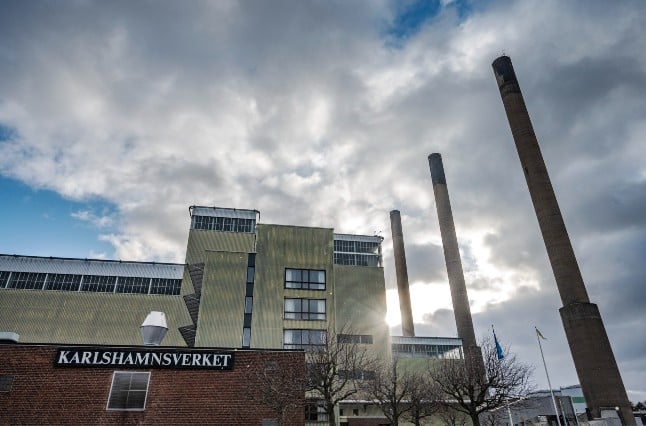 The Karlhamn oil-fired power plant has been up and running for two weeks. Photo: Johan Nilsson/TT

The reason is that electricity prices have been at record high levels for several weeks, not just in Sweden but across Europe.

“Thanks to the enormously high prices, we have started up the Karlshamn plant on a ‘price signal,” said Henrik Svensson, site manager at the plant.

This is despite the fact that there is no shortage of electricity in southern Sweden.

Energy company Uniper, which runs the Karlshamn power plant, has an agreement with the Swedish system operator during the winter months (mid-November to mid-March), to be ready to operate if there is a need for more electricity. Usually this is only during the coldest days, but it has been the case more frequently in recent years due to closures of nuclear power plants.

Outside of that agreement period, Uniper is free to make commercial bids on the electricity market. It’s unusual for this to happen because it is rare for it to be profitable, but due to the spike in prices it has been running for the past two weeks.

Sweden’s goal is that all electricity should be 100 percent renewable by 2040. There have been long-standing ambitions to reduce dependence on both nuclear power and oil and instead use wind, water and solar energy.

Even though the prices are still high, however, it’s now been taken out of service for a regular four-week-long review.

As for what the price spike means for consumers, the rise in costs will mean that household owners with annual electricity usage of 10,000 kWh can expect to pay around 700 to 800 kronor more than average in their September electricity bill, while most apartment owners can reckon with an increase of a few hundred kronor.