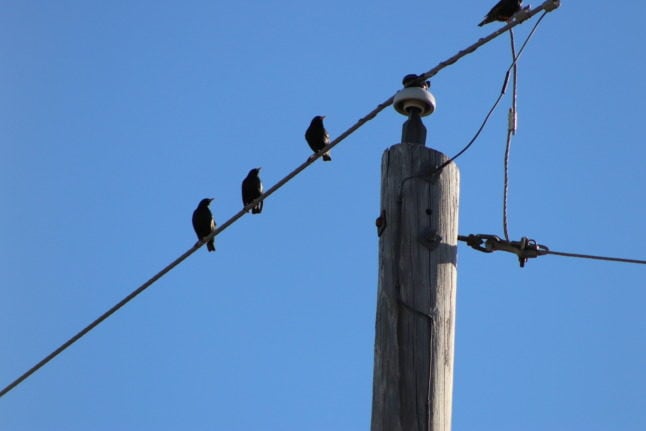 Regional public radio broadcaster P4 Gothenburg was first to report the unusual story, with 27,000 Swedes living in eastern Gothenburg affected by the hour-long blackouts, which took place in early November.

“One bird – or a few birds – had been sitting on a pole there, which was very popular, where the birds had done their business, over and over again,” Annelie Lindeberg, head of energy provider Göteborg Energi’s operations centre, explained to the radio station.

“They had been sitting up there for a while, and this bird excrement built up and built up, which ended up causing a short circuit.”

However, residents of Gothenburg concerned about future bird-poo-related power cuts need not worry. Vattenfall, the power company in charge of the lines, has now set up a kite to scare birds away from the pole in question, which Lindeberg hopes will keep any feathery visitors from returning.

“Vattenfall has taken the poo away now, cleaned and replaced some components, and has put up a kite to scare away the birds,” she explained.