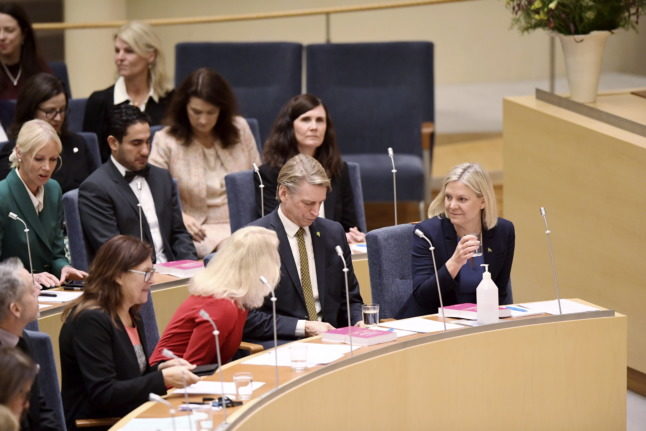 In a vote in parliament this morning, Andersson was confirmed as Sweden’s new prime minister.

The Green party and the Social Democrats voted to approve Andersson, with the Centre Party and the Left Party abstaining.

Under Sweden’s system of negative parliamentarism, prospective prime ministers only need to persuade a majority to approve or abstain their nomination.

The 54-year-old finance minister will formally take over the prime minister role following a meeting with King Carl XVI Gustaf on Friday.

Budget vote in parliament this afternoon

As if that wasn’t enough for one day, parliament will also approve or reject the government’s budget vote for next year at 4pm this afternoon.

Unlike the prime ministerial vote, it looks like Andersson may lose this vote – the Centre Party said on Wednesday morning that they would reject the government’s budget proposal, meaning that the Social Democrat-Green coalition may have to follow a right-wing budget for next year.

This has happened before, but this will be the first time that Sweden is governed on a budget negotiated by a far-right party – the anti-immigration Sweden Democrats, who negotiated the right-wing budget proposal with the conservative Moderates and Christian Democrats.

In a press conference early this morning, the Public Health Agency announced plans to offer third doses of the Covid-19 vaccine to all adults, recommending that these booster vaccines are offered six months after the second dose.

Those over 65 have already been offered a third dose – next in line are those aged 50-64, those receiving LSS assistance, those who receive assistance benefits and those in medical risk groups.

After this group, third doses will be extended to all adults aged 18-49.

The Public Health Agency’s vaccine pass proposal has been formally approved by the government, meaning that, from December 1st, organisers of indoor events with over 100 guests will have two options.

Organisers can either introduce a vaccine pass requirement for their guests, or opt to introduce other infection control measures at their events, such as a minimum distance between guests, no groups of more than eight guests and designated seats for attendees. 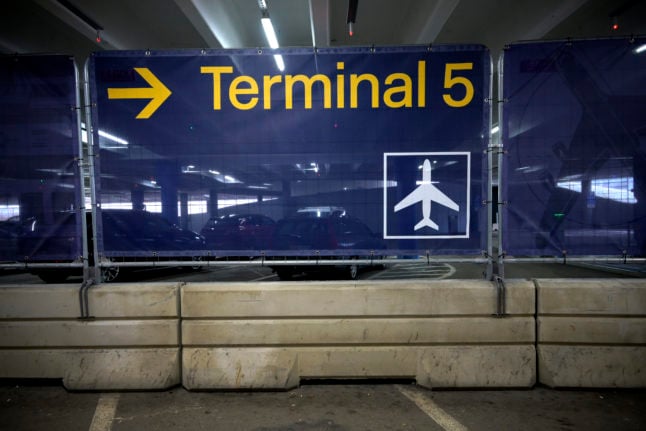