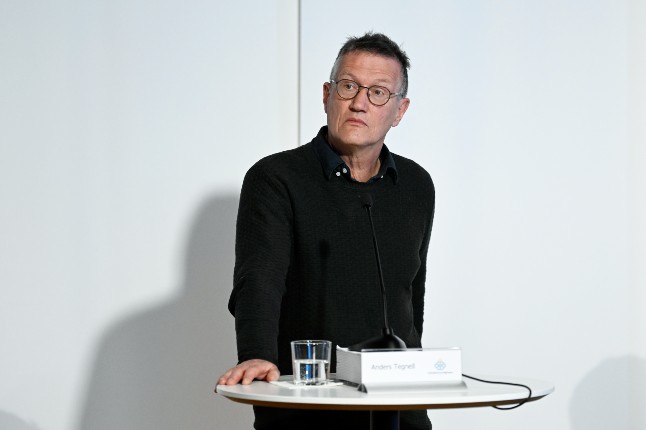 Swedish state epidemiologist at one of the Public Health Agency’s many press conferences during the Covid-19 pandemic. Photo: Jessica Gow/TT

Tegnell will be the senior expert in a group coordinating efforts to make the Covid-19 vaccine available to countries without the means to vaccinate their own populations.

“I’ve worked with vaccines for 30 years and have at the same time always been inspired by international issues,” he said in a press release issued by the Public Health Agency of Sweden.

“Now I will have the chance to contribute in this comprehensive international work. It is, of course, extremely important that vaccines go out to all the countries which lack the economic possibility to buy their own vaccines.”

The group Tegnell will be a part of will coordinate work between the WHO, Unicef and Gavi, the Vaccine Alliance, a public-private partnership between the Bill & Melinda Gates Foundation and national governments, chiefly, the UK, US and Norway.

Tegnell will leave his post at the Public Health Agency of Sweden on March 14th, following nine years in the role. He will be replaced by Anders Lindblom, who was most recently the infectious diseases doctor for the Swedish region of Dalarna.

Tegnell in early 2020 shot from being a relatively obscure health official to being a celebrity both internationally and within Sweden, where a fan had his face tattooed onto his arm.

As well as fronting the daily press conferences of the Public Health Agency, he also gave hundreds if not thousands of interviews to the international media, in which he argued that extreme measures such as school closures, curfews and stay-at-home orders risked doing more harm than good.

Sweden’s Coronavirus Commission in its final report last month, said that although Sweden’s decision to rely primarily on voluntary measures to control the pandemic had been right, the government had been over-reliant of the advice of experts at the Public Health Agency, and of Tegnell in particular.