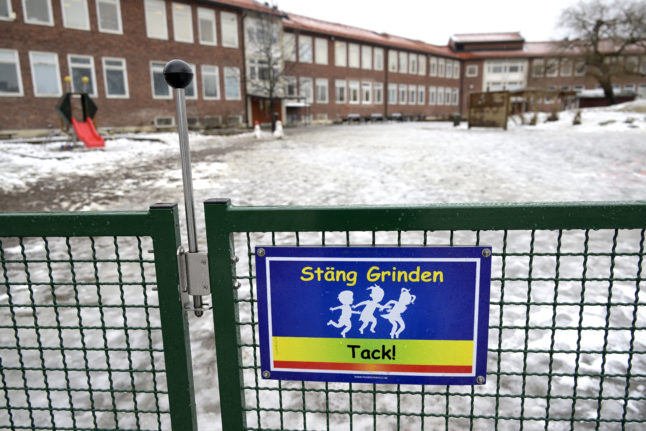 On Tuesday, Sweden opened an investigation into suspected war crimes in Ukraine, encouraging witnesses and victims to come forward in order to secure evidence for potential future prosecutions, prosecutors said.

“Given the information that is available about the situation in Ukraine, there is reason to believe that grave war crimes are being committed,” the Swedish Prosecution Authority said in a statement, adding that preliminary investigation had been opened.

The authority said that currently no individual was suspected of a crime. “The purpose is to as early as possible secure evidence that could be available in Sweden so that it could be used in future legal proceedings, either in Sweden, another country’s court or in an international court such as the International Criminal Court, ICC.”

Last month the ICC launched its own probe into possible war crimes in Ukraine.

For war crimes Sweden applies a principle of universal jurisdiction, meaning that its courts can try a person on serious charges such as murder or war crimes regardless of where the alleged offences took place.

Government wants to make it easier to build wind farms

The government is moving forwards with a proposal to speed up the process of approving new wind farm sites. An investigation will also consider the prospect of paying out a bonus to municipalities who agree to building wind farms.

Environment minister Annika Strandhäll will discuss the proposal in a press conference today.

The proposal is expected to make it harder for municipalities to say no to new wind farms at a late stage in the process, which would make new applications more predictable, according to the government.

However, the topic is controversial, and opposition to wind power has increased. At the same time, it has been highlighted as playing a crucial part in the switch from oil to renewable energy.

According to a report from the Energy Authority, around half of wind farm projects planned since 2014 were approved, but opposition has increased in recent years.

“Money should be coming into the municipalities who build wind farms, and I am going to start a rapid investigation on proposals for economic encouragement for municipalities and local communities,” Strandhäll told public service broadcaster SVT Nyheter in March.

Sweden’s foreign minister, Ann Linde, said at a press conference that it was “clear that war crimes had been committed” in Bucha and other cities in Ukraine, and said that the pictures of dead bodies that had been circulated in recent days were “deeply shocking”.

She said the three diplomats had been chosen because “it is absolutely clear that they are involved in illegal espionage activities in Sweden”. As a result, she said they were not working in accordance with the Vienna Convention on Diplomatic Relations.

As well as expelling the diplomats, Sweden has also summoned Russia’s ambassador to the foreign ministry.

The decision makes Sweden the tenth country in the European Union to expel Russian diplomats in protest at alleged war crimes committed by Russian troops in towns and cities they have occupied in Ukraine.

Parents with foreign names discriminated against when choosing schools

A new study from the University of Uppsala shows that highly educated parents and parents with Swedish names receive a more positive response when contacting schools for information.

In one of the largest discrimination experiments ever carried out in Sweden, 3,430 primary schools were contacted via email by a false parent who wanted to know more about the school. The parent left information about their name and profession.

“They were more often told that there was a place at the school and received more positive information on the school.”