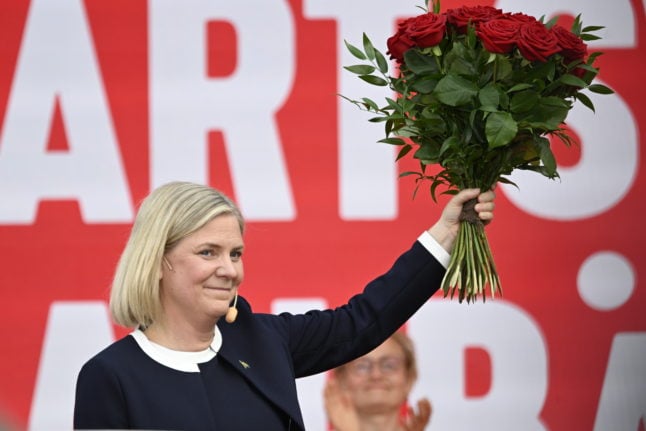 Magdalena Andersson began her first speech at the festival as party leader with a lyrical description of her love for Swedish summer evenings, and night-swimming in lakes “near meadows full of daisies, bluebells, and buttercups”, before shifting onto her love for the country itself.

“I love Sweden and I’m proud to be Swedish,” she declared, while acknowledging that it was unusual in Sweden to express your love for your country, in such a bold, heart-on-sleeve, way.

“We Swedes have always been a bit careful about expressing our love for our country,” she said. “It’s perhaps out of a fear of being overbearing or boastful. History has taught us, moreover, of the risks that come with a dangerous nationalism: shortsightedness, narrow-mindedness, and in the worst case, war.”

Most Swedes through, she said, nonetheless felt “a healthy pride in and strong bond with our country, and so, too, do I.”

She starts by listing all the things she loves about Sweden, from summer BBQs to the labour market. "I love Sweden and I'm proud to be Swedish." She also warns of narrow-minded nationalism, but there's a lot of focus in the first couple of minutes on Swedish values.

It wasn’t just the country she loved, she went on, but its values, of “thoroughness, duty, and common sense”, of equality, the rule of law, and social trust.

PM Magdalena is the opening act at the political week Almedalen. She starts on a patriotic note: I’m proud to be Swedish. pic.twitter.com/8VJqHRKOHY

She then ran through Sweden’s problems and challenges: the pandemic, the war in Ukraine which has pushed Sweden into Nato, and rising inflation, before launching into an unusually harsh attack on the right-wing parties.

She blamed the Moderate Party for the economic crisis Sweden had suffered in the 1990s, calling the crisis “The Moderates’ economic catastrophe”.

“To live through the middle of that was my political education. I am never going to forget the price we had to pay for those irresponsible economic policies.”

She reiterated her three priorities: solving the gang problem and ending segregation, speeding up the green industrial transition, and “taking back democratic control over welfare”.

She then ended her speech by warning that the right-wing parties, if they win the election, would form “the most right-wing conservative government we have had in modern times”.

They would, she said allow companies to continue drawing profits from schools, put a break on the green industrial transition, and ignore the need to prevent the criminal gangs gaining new recruits.

She then painted a grim picture of the country’s future, “if the right-wing conservative parties get to rule”.

“Sweden will become something different,” she said. “A Sweden where one group is set against another, one person against another. A country where social divisions grow and polarisation increases, where the number of luxury yachts rises but the number of school counsellors falls, where trust is eroded, both for one another and for society.”

“The right-wing conservatives say they want to preserve our country, but in reality,” she warned, “they want to attack exactly those things we love about Sweden.”

The full speech can be found in Swedish here and in English here (Google Translation). 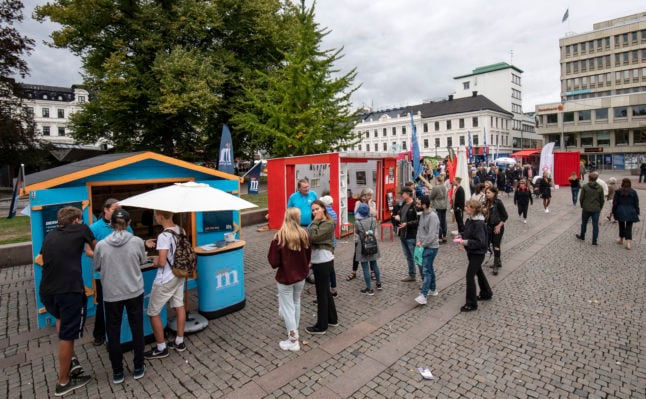 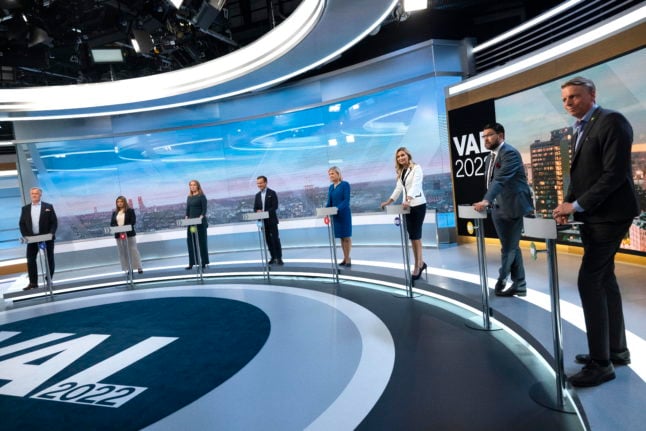 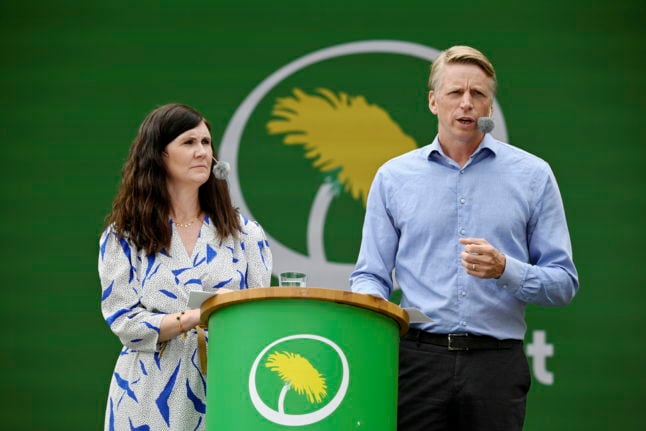