Sweden has been making money buying cheap power from north Norway and then exporting it back to the south. Pictured are powerlines in Sweden.Photo by Axel Josefsson on Unsplash

Sweden has profited from a large disparity in energy prices between the south and the north in Norway, Norwegian public broadcaster NRK reports.

Energy in north Norway is considerably cheaper than in the south, where price records have been broken throughout the summer. Sweden imports cheap energy from north Norway into north Sweden before moving it south and exporting it to south Norway.

“It is often the case that power is exported from northern Norway to northern Sweden and imported from southern Sweden to southern Norway, and lately it has at least been like that,” Ann Myhrer Østenby from the Norwegian Water Resources and Energy Directorate (NVE) told NRK.

Around 80 percent of the energy exported from Norway is from the north, according to figures from the NVE. Power is much cheaper in north Norway because more is produced than can be used, while in the south, reservoirs used in hydroelectric production are extremely low.

“People scream about exports from the south, but it is actually the northern Norwegian power that has been exported,” Tor Reier Lilleholt, energy analysis manager at Volue Insight, told NRK.

Between January and July of this year, 4.51 Terawatt-hours (TWh), or 4.5 trillion watts, were sent from Norway to Sweden, while Sweden exported 3.67 TWh to Norway. Not all of the energy exported into Norway will have originated in the country’s north, though.

Energy from the north is exported rather than directly transferred to parts of Norway where energy is the most expensive domestically because Norway does not have the infrastructure or capacity to move large quantities of electricity from north to south.

Whereas Sweden has a much better energy transmission capacity than Norway, meaning it can import energy from its neighbours, transport it south and then export it back.

Bank Nordea’s investment director Robert Næss told online publication Nettavisen earlier this year that Sweden has made billions of kroner by importing cheap electricity from north Norway and exporting it to the south.

“I arrive at a gross profit of just under 2.3 billion Norwegian kroner, and then they have to hand over around half a billion kroner of this profit to Statnett,” he estimated in May.

If Norway were to build power lines to move power from the north to the south, rather than exporting it to Sweden, it could take up to ten years, and it isn’t clear whether it would equalise prices throughout Norway or stop its neighbours from profiting from price disparity anyway.

“It would probably have a certain effect, but how much depends on many assumptions that are difficult to take into account. It is very complex,” Østenby said.

The party is proposing a high-cost protection or högkostnadsskydd similar to that found in Norway, where the state will commit to covering a percentage of all costs over a certain figure.

It is not yet clear how the system would work, but the Moderates’ finance spokesperson, Elisabeth Svantesson, said it the government should set a price threshold, above which the government would shoulder the majority of any extra cost.

“You could expect the state to pay for 75 percent of the cost of everything over one krona per kilowatt hour,” she suggested, adding that a one krona threshold would cut around 6,000 kronor off the energy bill of an average family in Norrland.

“We can’t completely protect the consumer, but we can make it easier,” she said. “No one should be forced to leave their home this winter because of an electricity bill.”

The cost to the state, if this model were to be adopted, would be around 15 billion kronor for a three-month period, she added.

The Moderates suggest financing the proposal in a number of ways, including taking funds from labour market policy measures which are not currently used, the klimatklivet – a programme providing investments for climate-friendly initiatives, as well as from profits generated by state-owned Swedish power company Vattenfall.

In addition to this, the Moderates are pushing for expansion of Sweden’s nuclear power production, as well as increasing the discount on building solar panels from 15 to 20 percent.

Svantesson also proposed that this discount be expanded to include other environmentally friendly alternatives, such as the installation of air source heat pumps.

“It would both lower electricity consumption and increase electricity production,” she said.

Prime Minister Magdalena Andersson is open to the suggestion, stating that her party would “study the proposal very carefully”.

“We have shown in government during the spring that we are prepared to support households during this difficult time for many,” she said, with a caveat. “It is important to say that we will not be able to compensate for every price increase caused by the war in Ukraine.” 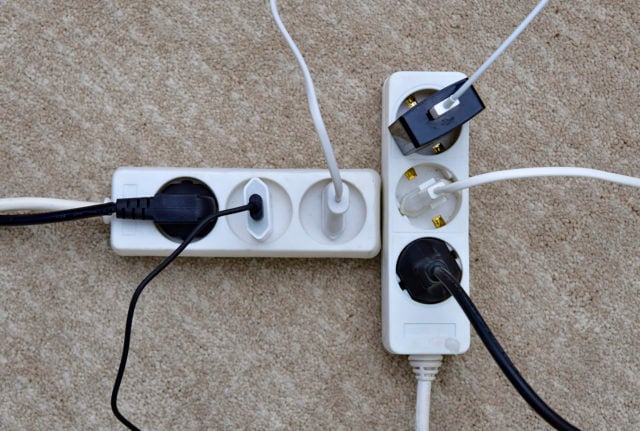 ENERGY
Electricity prices in Sweden expected to double this winter