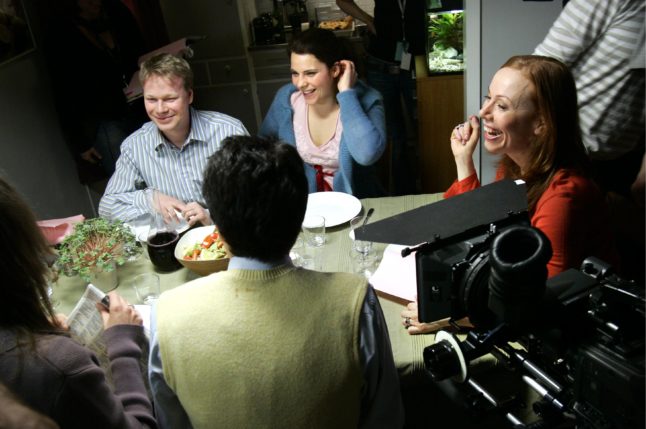 First off is Kvarteret Skatan (The Magpie Quarter), a comedy series from the early 2000s. The show features five Swedish comedians – Vanna Rosenberg, Rachel Molin, Anna Blomberg, David Batra and Johan Glans – who play different characters living in Kvarteret Skatan, an area of an unnamed Swedish town, in a number of different sketches.

Kvarteret Skatan is a cult classic, and it’s easy to see why. One example is the two intensely competitive businessmen in this clip, played by Batra and Glans, who have what at first appears to be a polite and civil discussion about their performance, which quickly becomes an exaggerated display of Swedish conflict-avoidance and passive-aggressiveness.

“I think we can start off with the positive – I thought everything flowed very well on Tuesday.”

“Exactly, that’s actually the day I felt like I got the most done.”

“It’s funny you say that, because I actually feel the same way, I was home with a fever and norovirus but I still feel like I got more done that day.”

Another sketch from Kvarteret Skatan which shows off Swedes’ love for gallows humour is this classic dinner party sketch, where Glans’ character Martin opens by saying “I think we’ve all done something a bit illegal”.

“It was a few years ago so it can’t be prosecuted now. You know what it’s like,” he says, as the group stare at him, becoming more and more shocked.

“A group of guys go to Copenhagen and, yeah, drink a bit too much.”

The punchline of the joke exemplifies another aspect of Swedish humour – making fun of Danes. It ends with Batra saying “but, you, know, he was Danish, so that’s makes it a bit less serious.”

(Another example of Swedes making fun of Danes is in this sketch from cult comedy series Hipp Hipp, where a Swedish professor struggles to understand a Danish colleague.)

You can watch Kvarteret Skatan, in Swedish, here.

Trevlig Helg (Have a nice weekend!) is almost a modern version of Kvarteret Skatan, following a similar format, with comedians Johanna Nordström and Hampus Nessvold playing different characters in the fictional town of Västerköping.

It’s hard to imagine this series working anywhere else than Sweden. First off, there’s Anton, trapped in a series of dates with a man he doesn’t want to go out with, who keeps paying the bill behind his back, leaving Anton unable to break up with him until he’s returned the favour. 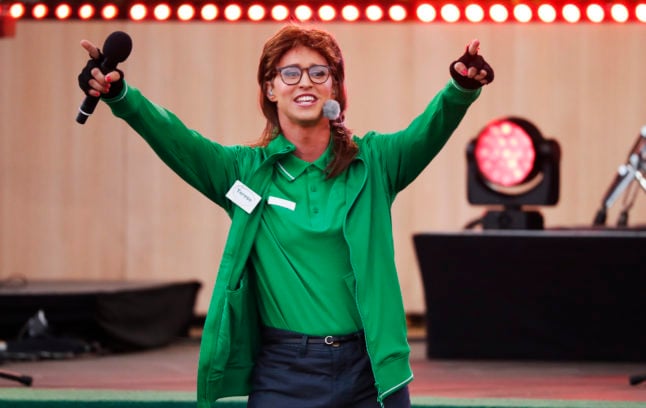 Then, there’s feminist stereotype Sofie, who is unhappy that her friends’ override her suggestion of a ‘girl power’ hen-do in favour of a “slut theme”, and forces her son to wear a breast-shaped wooly hat in order to “de-dramatise the female body”.

Finally, local priest Björn, who promises to “hold back on the ‘God talk” at a wedding, saying that “I mean, that’s not why people come here, to listen to a load of talk about God!”. When the bride and groom mention God in their vows, Björn interrupts and says “you know, you don’t have to mention God. It’s part of my job to include that crap, but you don’t have to.”

You can watch Trevlig Helg here.

Welcome to Sweden follows American intellectual property lawyer Bruce (Greg Poehler) who moves to Sweden with his Swedish girlfriend Emma (Josephine Bornebusch). In scenes many immigrants in Sweden will recognise from their own lives, Bruce experiences culture shock after moving to Sweden, such as not realising that he’s not supposed to greet his new neighbours, not really knowing what to do at a kräftskiva, and having a deep meaningful chat with his father-in-law while they sit together, naked, in a sauna. 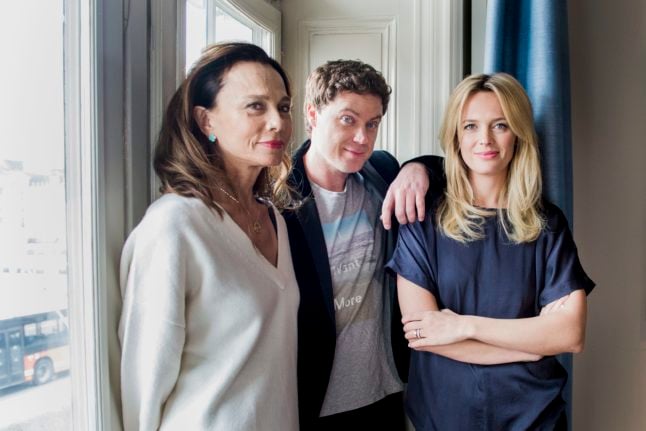 Despite being an American-Swedish comedy (which was shown on TV4 and NBC), there are still some insights into Swedish culture which will be recognisable for many foreigners in Sweden, such as the couples’ arguments over why Bruce can’t paint the walls in their apartment any colour other than white, and Emma’s first reaction to her American boyfriend collapsing from the heat in the family’s sauna being “why is he wearing shorts?”

If anything, Welcome to Sweden is a great crash-course in what not to do upon arriving in Sweden.

Welcome to Sweden was originally shown on TV4, and is now available on SF here. 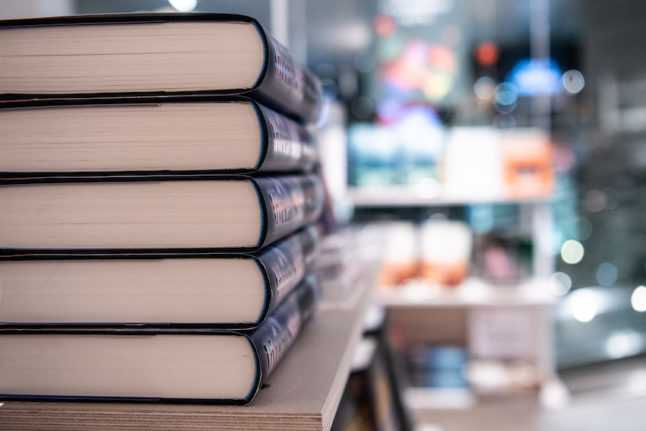 LEARN ABOUT SWEDEN
KEY POINTS: What do we know about the plans for a future Swedish cultural canon? 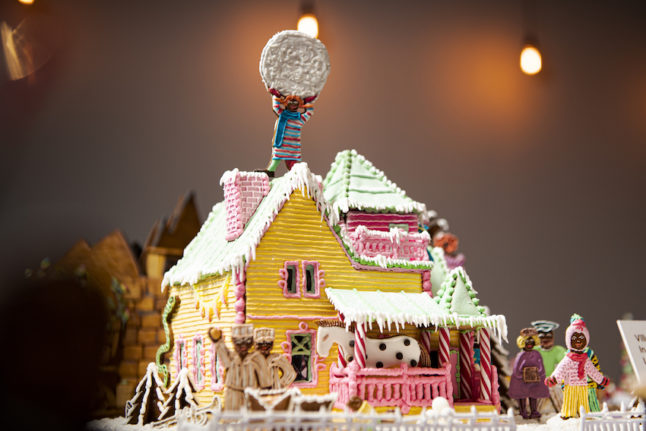 LEARN ABOUT SWEDEN
IN PICS: The entries for Sweden’s annual gingerbread house contest

What do we know about the government’s plans?

For the government, this is a political project.

“Culture and our common history are the ground of our collective identity,” prime minister Ulf Kristersson said in his speech outlining the government’s plans. “It creates a sense of community and increases our understanding of one another.”

He said that “a committee of independent experts” would be appointed to develop a proposal.

In the Tidö agreement between the three governing parties and the far-right Sweden Democrats, it adds that the experts would have “artistic competence in their respective fields”, and would develop a canon that included “different cultural forms”.

The agreement also calls for experts with “literary as a well as pedagogical competence” to develop reading lists with Swedish and international literary works”.

Culture Minister Parisa Liljestrand told SVT in an interview last month that she hoped that exposing everyone to a common cultural canon could “bring together a divided country” and would also help teachers know what works to expose their students to.

Will it be part of a future citizenship test?

Culture Minister Parisa Liljestrand told SVT in an interview last month that this was not something she was ruling out.  “That’s something I think a government inquiry should look at and experts should think about,” she said.

But in the run-up to the 2018 election, the Sweden Democrats then culture spokesperson Aron Emilsson told SVT that he felt there could be a test on the cultural canon, or that it could feed into the citizenship test.

In Denmark, the cultural canon feeds into the (badly out of date) learning material given out in advance for those taking the Danish citizenship test.

This means that the cultural canon is part of the citizenship test, but those taking the test can concentrate on learning facts about the 108 works which form part of the official citizenship-test learning material.

The Danish citizenship test does, however, include questions on current affairs and other issues which are not part of the official learning material.

What does Sweden’s artistic world say about the plans?

Almost everyone hates them.

A group of 35 leading Swedish authors, including leading literary and bestselling authors such as Viveka Sten and Camilla Läckberg, wrote an article in the Expressen newspaper condemning the plans.

“To control literature is to control people’s thoughts and lives, and that does not belong in a democratic society,” they wrote.

A cultural canon, they continued, would mean “excising the unwanted”, and would be a “repressive instrument”.

Anna Troberg, head of DIK, the union for creative people and authors, wrote this week in Svenska Dagbladet that the proposal “ignored the expert competence of the entire cultural sector” and was “fundamentally a nationalist education project”. 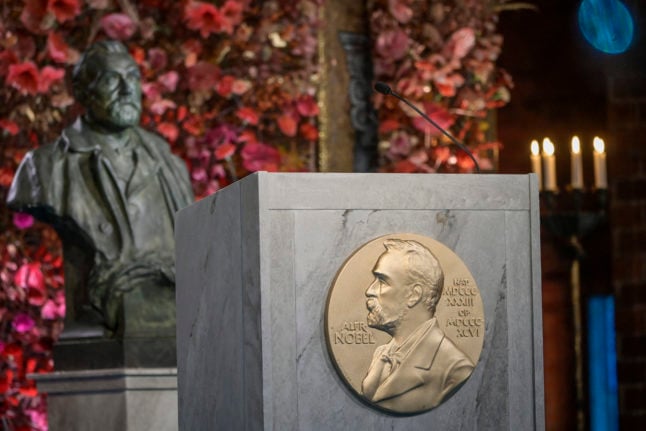