Finance Minster Anders Borg said he expected Sweden’s public finances to balance within four to five years, with GDP growth rising to 3.1 percent in 2011 and 3.7 percent in 2012.

“There is a clear improvement in the public finances,” Borg told reporters gathered at a press conference in Harpsund, a manor house in eastern Sweden used as the Swedish prime minster’s country residence since 1953.

Borg did not wish to specify how much room there would be for reform when he presents his next budget this autumn.

“A lot of people are expecting an election budget but what we will have to present is a crisis budget,” he said.

The finance minister said tax revenues had come in at around 10 billion kronor ($1.4 billion) higher than expected, while costs were lower than anticipated. In all, the government will have 25-35 billion kronor more at its disposal than previously calculated.

Borg said rising unemployment figures would peak at 11.6 percent in 2011.

But Nordea bank’s chief economist Annika Winsth was considerably more optimistic about the financial recovery and said Borg’s predictions were of an excessively cautious nature.

“And this also means we are more optimistic about the labour market,” she said.

The finance ministry revised downwards its forecast for economic growth in 2009, predicting the economy would shrink by 5.2 percent this year.

The ministry had forecast in April it expected the country’s economy to shrink by 4.2 percent and that 2010 growth would be slightly weaker at 0.2 percent.

Anders Borg said in a statement that Sweden’s public deficit would amount to 2.4 percent of its gross domestic product in 2009 and reach 3.7 percent in 2010.

Public finances take a hit in a recession because as unemployment soars, tax revenues decline, while government spend more on social security benefits.

Sweden, together with Finland, has been hit hardest amongst the Nordic economies by the recent financial turmoil.

Both countries depend heavily on exports to drive their economies but the global credit crunch has seen consumer demand for their goods evaporate.

Automakers Volvo and Saab, traditional gems of the Swedish industry, have both reported sliding sales this year. 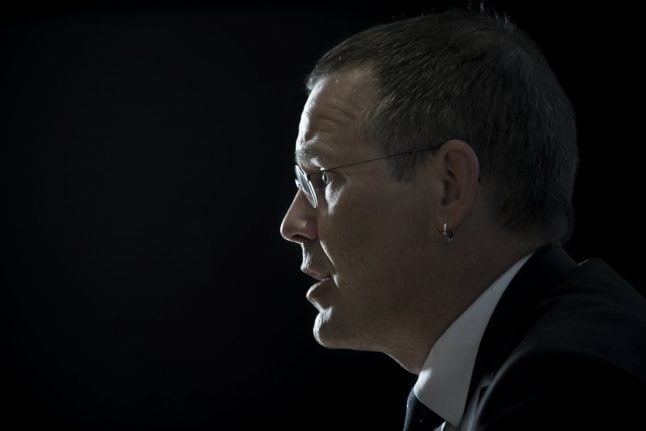