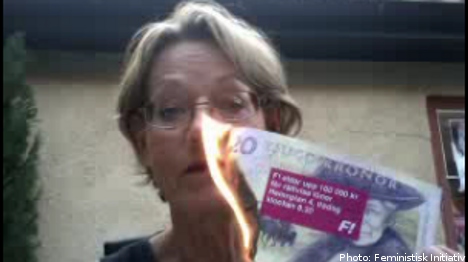 Fi party leader Gudrun Schyman’s has claimed that the huge interest generated by the carefully orchestrated PR coup justifies the means and that the move has generated widespread discussion over the issue of discriminatory pay.

“I think it is very positive that this political issue has come high up on the political agenda,” said Schyman, according to several media sources.

Moderate Party press secretary Per Schlingmann was among those who voiced criticism of the stunt on Tuesday.

“Why did she do it? It seems baffling and irresponsible,” he said.

Schlingmann argued that the move seemed inappropriate in the midst of a recession.

“In a country with serious societal problems where there are people who are badly off this sends a signal to those that one has a different view of the value of money,” he said arguing that Fi should have used the money to show what the party wants to achieve.

“I have no view whatsoever. Gudrun Schyman can herself stand for what she does,” he said.

Schyman has expressed understanding over some of the outrage directed at the party over the high-profile move but argues that the issue itself is more of a scandal.

“When the first feelings of outrage have eased, when the reflection is made over how much money that women miss out on in pay, then I think that many will be outraged over the issue,” Schyman said.

“I can understand that many are outraged by this. Many will say that there are plenty of worthy causes to spend this money on. But we are not a charity, we are a political party,” said Schyman to the Expressen daily.

While criticism from Fi’s political opponents is perhaps to be expected with only two months to go before the general election, former spokesperson Devrim Mavi, editor-in-chief of Arena magazine, has also voiced concern over the publicity surrounding the event.

“It feels a little offputting,” Mavi told the newspaper and questioned whether if burning the cash had proved better PR for the firm which funded it than for the party itself.

At the same time Mavri argued that it is positive that the issue comes to the fore.

“This is a very important issue and there are no other parties which have taken it up other than Fi,” she told Expressen.

Therése Olsson at media analysis firm Retriever is among those who have however declared the Feminist Initiative’s manouver a success arguing that it completely eclipsed the Liberal Party (Folkpartiet) appointed day during the Almedalen political week.

“She completely swept the floor with him (party leader Jan Björklund),” Olsson said pointing out that Fi’s demonstration featured eight times on radio and television, and was named 64 times in internet articles, and in 164 blog posts on Tuesday.

“It is a democratic scandal that we have a society that systematically, decade after decade, discriminates,” Schyman said as the last of the 100,000 kronor donation went up in smoke. 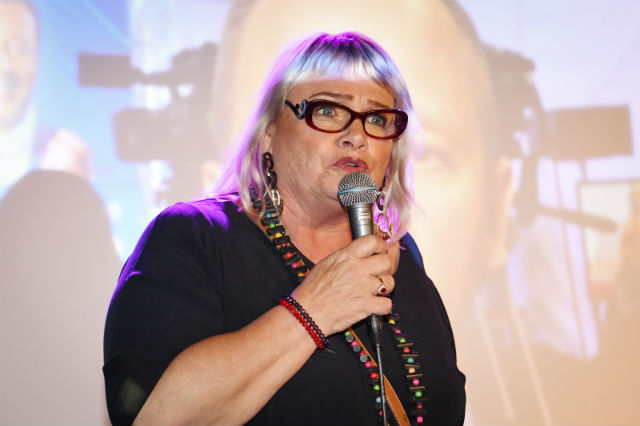 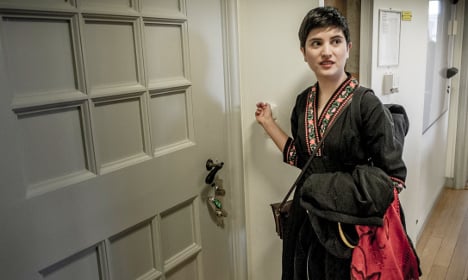