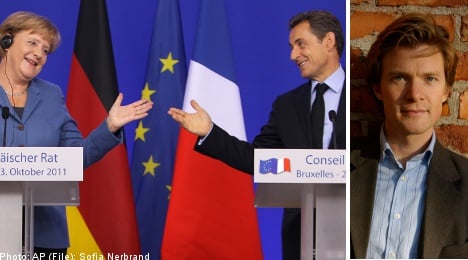 They knew exactly what they wanted when they came to Brussels.

On the current crisis that is tearing Europe apart, however, neither had anything to say.

Once again, EU leaders have come up with nothing more than a magnificent damp squib – for the second time in six weeks.

At the previous summit, which was also billed as the “last chance” to save the euro, three steps were taken: Greece got a small write down in debt; banks would be able to strengthen themselves with new capital; and the EU would top-up the emergency bailout fund to support troubled countries by attracting other investors, including China.

All three measures failed or made the crisis worse.

So now this past weekend it was once again the “last chance” to save the euro and Europe. They really could have done things properly this time. Greece could have been declared bankrupt and received real debt relief that had made a new start possible.

At the same time, countries such as Italy and Spain could have developed clear, substantive, long-term plans for putting their budgets in order so that investors would be assured that these countries could manage their debts. Perhaps that would have been convinced the rest of world that it can be lucrative to invest in these countries.

The plans should have been less about immediate cuts and tax increases, which can stifle growth even more during a downturn, and more about raising the retirement age and deregulating the almost medieval regulations that prevent economic growth.

In addition, the EU could have taken steps towards free trade in services, which is crucial for bringing back economic dynamism.

Without growth, the current liabilities will soon become completely unmanageable and even Italy and Spain will end up sliding towards bankruptcy.

However, countries like France and Germany have prepared a plan to rescue the financial system based on the principle that owners and executives of mismanaged banks will lose, and the state will only provide capital in exchange for ownership and future dividends.

But at the EU summit on December 8-9, people talked about anything but this plan.

Instead the focus was on smoothing out contradictions between the German and French world view – between the Save and Spend, if you like.

France was able to remove the requirement that banks be held account for some of their losses if their loans to states cannot be paid back. At the same time, they once again stated that the rescue funds be topped off to make it possible to send more money to mismanaged economies.

In return, Germany pushed through a restoration of the old stability pact limits on debt and budget deficits. Sanctions against neglected countries should be triggered more automatically this time, but can still be overridden if enough countries prefer it.

The French success will delight all who think that the big problem with today’s debt crisis is that it is too small.

The Euro-project’s biggest mistake is the idea that banks never had to be careful with their lending, because if households borrowed so much that they became insolvent states would save the banks.

And if states borrowed so much that they became insolvent, Germany would rescue them.

It was never said bluntly, on the contrary, they said it would never happen, but the behaviour of the central bank and politicians reveals that was always the idea.

That is why European banks lent out €750 billion – an amount equal to three Swedens – to the five states with the worse economic crises without asking any questions .

Now, France has decided that this implied guarantee should be made explicit. When banks now lend recklessly without any hope of getting their money back, it is no longer an oversight, it is the intention.

If they make money, they keep it, and if they lose money, they can pass those losses along to taxpayers. It is a way to take an acute crisis and make it permanent.

But in return, Germany has pushed through tougher budget rules, which means that governments must submit their budget to the European Commission or some new euro institution to get the green light.

It’s like giving a teenage son the whiskey and car keys, but in return, mother and father Merkozy follow him everywhere to make sure he doesn’t drink or use the car.

It is a super-bureaucratized dream.

They could have let countries act freely, but with the requirement that they find their own resources to do so.

Instead, they are swimming in other people’s money, but are prevented from abusing it by an untested and bureaucratic European system of supervision which has little democratic legitimacy.

France and Germany have also said that this is just the first step towards the coordination of tax and labour policy, as well as the entire financial regulatory framework of Europe.

It’s nothing more than preparation for a political and fiscal union that many always believed the monetary union presupposed.

It is a union that the people have repeatedly shown they do not want, and which they have voted against every time they got a chance – but which bureaucrats in Brussels have said just as often that they still intend to create.

“I am confident that the euro will force us to create a new set of policy tools,” European Commission President Romano Prodi told the Financial Times back in 2001.

“It is politically impossible to propose it now. But one day there will be a crisis and then we will create the tools. ”

Now we are there. The predicted crisis is a reality.

Instead of solving the crisis, Paris, Berlin and Brussels are instead using the opportunity to remake Europe in a way that is so politically unpopular that it takes a crisis to get everyone in line.

How indignant everyone may be over David Cameron’s veto of this project, it was always absurd to imagine that Britain would agree to the EU institutions were used for it.

It should be equally unthinkable for Sweden to be a part of it.

Merkel and Sarkozy has failed to keep the euro together. Their Plan B seems to be to divide the European Union.

Johan Norberg is a freelance writer and regular media commentator. He is a Senior Fellow at the libertarian Cato Institute in Washington, DC and at the European Centre for International Political Economy, a Brussels-based free trade institute. 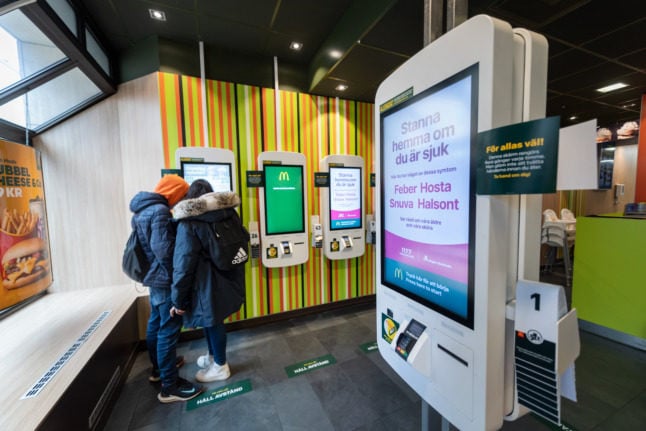 EU ministers responsible for employment and social affairs, including Sweden’s Eva Nordmark, will meet in Brussels for a two day meeting at which they hope to adopt a European Council position on a directive imposing “adequate minimum wages” on all EU countries. Once the Council, which represents member states, has agreed a common position, it will begin negotiations with the European Parliament and the European Commission.

Sweden has been, along with Denmark, one of the most vocal opponents of the directive, arguing that it threatens the country’s collective bargaining model, in which unions and employers set wages without government interference.

But on Friday, the government dropped its opposition, together with country’s umbrella union, the Swedish Trade Union Confederation, arguing that a compromise proposal put forward by the European Commission would protect Sweden’s wage autonomy.

A majority of the members of the Swedish parliament’s employment committee are backing the government’s new stance, but three opposition parties, the Moderates, the Christian Democrats, and the Sweden Democrats, are opposed to the change in position.

“I am extremely happy that there is broad support and majority backing for us to continue with the negotiations, to stand up for what we have come to so far, and do everything we can to protect the Swedish wage-setting model,” Sweden’s employment minister Eva Nordmark (S) said after a meeting with the employment committee on Friday.

READ ALSO: Why Sweden doesn’t have a minimum wage and how to ensure you’re fairly paid

Why did Sweden make its dramatic last-minute u-turn?

Sweden’s government judges that, after the compromise, the directive will no longer mean that Sweden is forced to bring in a statutory minimum wage.

“I consider, together with experts in the civil service and experts in the unions and employer organisations, that there is no requirement for Sweden to bring in a statutory minimum wage,” Nordmark told TT.

She added that agreeing to sign up to the directive would give Sweden the ability to take a deeper part in the negotiations giving it the power to make sure that important exceptions are made for Sweden.

Denmark, however, is still resolved to say ‘no’ to the directive.

Surely a minimum wage is a good thing? Isn’t Sweden supposed to be a high-wage economy?

Sweden is certainly a high-wage economy, but that is largely thanks to its model of collective bargaining, under which wages are generally set by negotiations between employees and employers for each sector.

If the directive sets a precedent allowing governments, either at a national or EU level, to interfere in this process, or for those who disagree with the result of the collective bargaining agreement to appeal to government entities, it could undermine the Swedish system.

Who is still worried?

More or less everyone. While the Swedish Trade Union Confederation is supporting the government’s decision, its vice chair Therese Guovelin, described the European Commission’s compromise proposal as simply “the least bad compromise proposal” the union had seen.

She has previously described the European Parliament’s position that the directive should apply to the entire European Union as “a catastrophe”.

“That would mean that a disgruntled employee who is not part of the union, could take their case to court, and would then end up at the EU Court, and it would then be them who would decide on what should be a reasonable salary,” she explained. “In Sweden, it’s the parties [unions and employers’ organisations] that decide on that.”

Tobias Billström, group leader for the Moderate Party, said he was concerned at the role of the European Court in the directive.

“There are big risks with this,” he told TT. “The EU court might decide to interpret this directive as applying across the board, and then we might end up with what we wanted to avoid. The Moderates have as a result been against this development, and it’s important that Sweden gets to decide itself on the Swedish labour market.”

The European Parliament might try to remove the wording and the exemptions which Sweden hopes will allow its employers and unions to retain control of wage-setting.

Mattias Dahl, chief executive of the Confederation of Swedish Enterprise, which represents employers’ groups, said that the government needed to stand its ground in the upcoming negotiations, reiterating that he would have preferred that the European Commission had not sought to give itself such a role in the Labour Market.

Nordmark said that Sweden did not intend to back down to the parliament.

“These are important red lines for us. If there are demands from the European Parliament that push in a different direction, we can lean on the Swedish opinion and what we stand for,” she said.