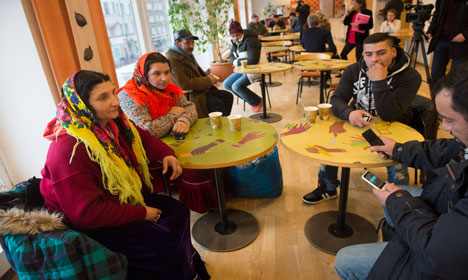 Most migrants from Romania speak Romanian, not Romany. Photo: TT

The interpreters were meant to be the link between the Romanians in Sweden and various authorities and institutions in Sweden such as the police, the health care system, government officials and the media.

But the interpreters spoke Romany, a language spoken by some Roma and Sinti people, but not by most of the EU migrants from Romania in Sweden, according to the Helsingborgs Dagblad newspaper.

“Romanians don’t understand Romany any more than a Swede does,” said Lucian Bagiu, a researcher in the Romanian language at the linguistics faculty of Lund University.

“You could say that there are more similarities between Romanian and Swedish than between those two languages and Romany,” he added.

Romanian is a language that evolved from Latin, while Romany has Sanskrit roots.

However, Per Pehrsson of Helsingborg commune denied that the language issue had led to misunderstandings.

“We haven’t had any problem communicating with these people with the assistance of the interpreters we have,” he told the paper.

But the Romanians who the paper talked with after a Romanian-speaking interpreter began work for the commune for the first time last week told a different story.

“Before, we didn’t understand anything,” said one of them. “Not a word.”