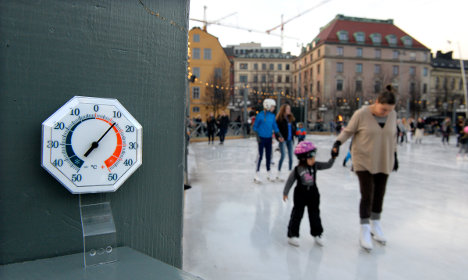 The retailer posted first quarter profits down almost 30 percent on a strong dollar and mild weather hitting its winter collection.

The Stockholm-based fashion firm said December through February profits came in at 2.54 billion kronor ($310 million), down from 3.61 billion a year earlier albeit slightly ahead of analysts' forecasts.

Sales were up 8.5 percent year-on-year or nine percent in local currency terms at 43.7 billion kronor compared with a 15 percent rise in the first quarter of the previous year.

H&M was not the only business to be affected by the relatively mild winter, with one Nordic snow car race almost being cancelled in February due to a lack of the white stuff.

And with a sizeable proportion of production costs linked to the dollar the currency effect is likely to weigh on second-quarter results before fading away from the third quarter on, H&M predicted.

The chain is to continue its recent international expansion by taking its global store base count past 4,000 this month – double 2010 – by opening a store in India.

Further expansion is planned in the months ahead in South Africa, Switzerland and Hungary.