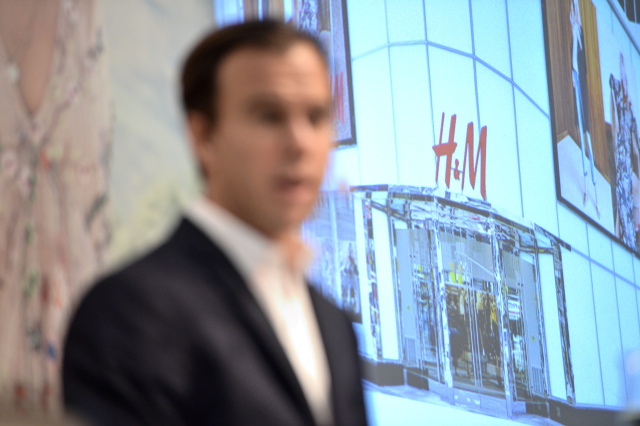 H&M's pretax profit fell to 3.2 billion kronor ($360 million) in the December to February period, the first quarter of the company's financial year, from 3.3 billion kronor the previous year, it said.

“For fashion retail in general, market conditions were very tough in many of our large markets in central and southern Europe and in the US, and this was reflected in our sales,” CEO Karl-Johan Persson said in a statement.

The new brand, ARKET, will be launched after the summer with the first store to open in London followed by Brussels, Copenhagen and Munich and online operations in 18 European markets in early autumn, the group said.

It offers clothes for men, women and children and household products, which will be more expensive than H&M.

Each store will also include a coffee shop inspired by the Nordic kitchen and cuisine.

“The overall direction and focus is quality in simple, timeless and functional designs,” Persson said.

“There will be products in a broad price range, however in a slightly higher price segment than H&M with emphasis on materials, function and fit,” he added.

The group also operates Swedish brands such as Cos, Other Stories, Monki, Weekday and Cheap Monday, whose sales continue to grow both online and in stores.