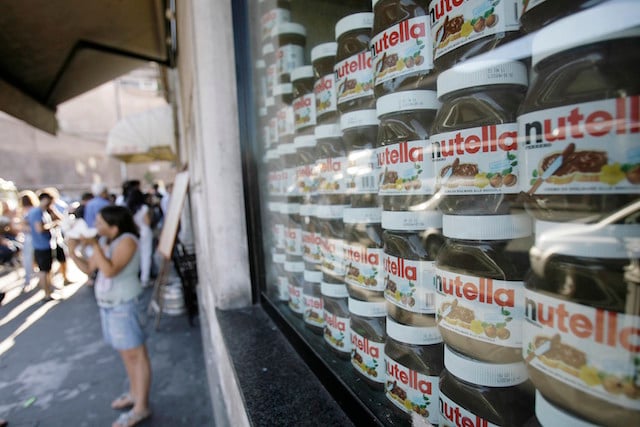 File photo: Alberto Pellaschiar/AP/TT
Imagery of violence and weapons alone are not the way to go if you want to attract young Westerners to join Isis. Instead, the violent extremist group pushes its 'Jihadi Cool' subculture to draw in people from the West, according to a group of Swedish researchers who have studied Isis propaganda online.
The study, titled The Digital Caliphate: A study of propaganda from the Islamic State, was carried out by the Swedish Defence Research Agency (Totalförsvarets forskningsinstitut, FOI).
Like all youth subcultures, 'Jihadi Cool' has its own music, clothing style, and its own expression, according to Lisa Kaati, researcher at FOI, and one of the report's authors.
“The guys wear baggy trousers, sneakers, whereas the women have a very traditional style. The women aren't usually counted as part of the Jihadi cool style,” Kaati told The Local.
READ ALSO: 'Worrying' lack of support against violent extremism in Sweden: researcher
One of the Tumblr accounts mentioned in the report could pass for any Western social media account – if it wasn't for the odd picture of knives, blood and Jihadi warriors mixed in with the pink-hued images and GIFs of cats, horses, glitter and comic characters.
“That is perhaps what characterizes it: there are so many Western references. You'll see a picture of a person standing in a supermarket holding up a Nutella jar, but then you notice that the person is carrying a rifle. The references are very subtle,” Kaati said.
The use of Western imagery could perhaps be seen as contradictory for an extremist movement that so strongly opposes Western culture. But Isis would have been much less successful in its recruitment of people from the West had the group not been able to use the West's references, according to Kaati.
“People who are attracted to this propaganda are often second-generation immigrants, and they have grown up in Western countries. To those people, it's a natural part of their lifestyle,” she said.
“Many researchers have found that for those people who are attracted by the propaganda, the ideology is secondary to the lifestyle. What they're after is more about the 'coolness' – having lots of cool weapons, Grand Theft Auto video-game style. Quite a bit like gangster culture in general.”
READ ALSO: Memories and images from Stockholm terror attack to be preserved by museum
The researchers noticed a clear shift in the content of the propaganda at the end of last year, Kaati said:
“Prior to 2016, it focused much more on the caliphate, the utopia. The images would show how well the caliphate functioned.”
But at some point around September 2016, something changed. As of then, the focus shifted to going into battle, Kaati said, and about taking action in one's own home country.
At the same time two new themes started to emerge: knives and vehicles – the methods used in the most recent attacks in London as well as in the truck attack in Stockholm on April 7th.
“A truck is an easy weapon. Everyone can drive a truck, as opposed to making a bomb, because that is rather difficult – many people fail doing that,” Kaati said.
“It's not surprising that this had a breakthrough via their official propaganda, but it's somewhat frightening. I think the Nice attack had just happened while we carried out this study, and at that time we couldn't see the same, obvious trend. It's escalated very quickly.”
READ ALSO: Swedish cities investigate new anti-terror measures
FOI was given the task of carrying out the study from the Swedish government. The aim is to increase awareness, for instance among Sweden's local councils in their work against violent extremism, and among schools, NGOs, mosques and other types of associations.
“It's extremely important for these organizations to have a foundation for discussing these matters. People who are a bit older don't sit down and read Isis propaganda online,” Kaati explained.
“It's important to show the online world young people live in today, and what they come across,” she said.
Sweden's security police, Säpo, believes that around 300 people have travelled from Sweden to the Middle East since 2012 to join violent Islamist groups. Of these around 130 have returned to Sweden.