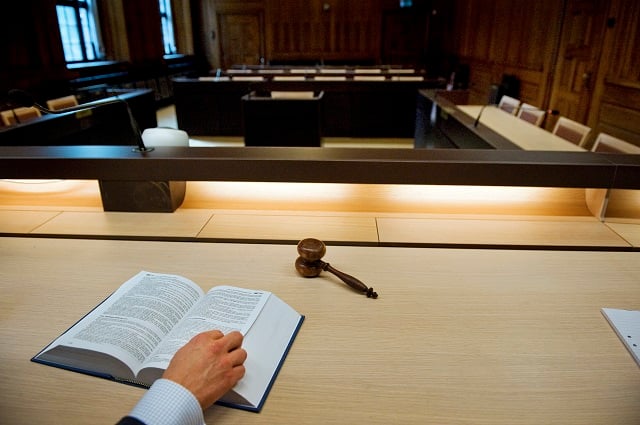 Hundred of allegations of sexual harassment have surfaced in Sweden in recent weeks as in many other countries, in the wake of the global #MeToo campaign sparked by rape and assault claims relating to Hollywood producer Harvey Weinstein. Reports of abuse have rocked the worlds of sports, politics, theatre, and media industries in Sweden, a country frequently labelled one of the most gender-equal in the world.

In a single day, 4445 women put their names to a petition in Svenska Dagbladet called '#medvilkenrätt' (with what right) which calls for action against harassment and abuse of power within the justice system.

“In my work, I stood up for the rights of others, but I had no rights at all,” wrote one woman, who described her time at a business law firm as the worst years of her life.

The organizers of the campaign said they received so many firsthand testimonies of abuses of power that they had to put a hold on receiving any more.

One of the women cited said that a district prosecutor had harassed her, repeatedly calling and texting her and, when she declined an invitation to dinner, threatening to destroy her career.

The woman said that when she told him she was not interested, the man called her a “bloody whore”, said he knew a lot of people and would ensure she never got a job in the profession. “In every message, the threats grew more serious, and they began to include threats of assault and violence,” she wrote.

Another woman said that on one occasion at work, a retired judge showed her photos of three defendants in a rape case and asked her “which of them I would most like to be raped by”.

“I refused, since it had no relevance to the case and was just embarrassing. Instead, he got help from a male colleague and removed me from internal time reporting of the case, which was then used to create billing figures,” the woman continued.

In other instances, the women related how sexist structures had prevented them from receiving jobs and promotions.

One woman said that while working as a clerk in court, when she fell pregnant she was told it wasn't possible to work with her “because you know how hysterical pregnant women are”, while another pregnant woman was told she was “like an elephant”.

And another testimony said that in one woman's department, all male clerks were invited to a lunch at a gentlemen's club without their male colleagues, where they made important contacts and often found jobs.

The authors of the petition wrote that “informal and unsafe structures” within the legal system provide a favourable climate for abuse, and noted that even when women came forward with claims of harassment, it was rare that steps were taken or that the perpetrators were punished.

But they states that the purpose of the campaign was not to “name and shame” perpetrators, but rather to provoke deeper changes within the legal sector.

“We want both men and women to be encouraged to break the culture of silence at work. Those who dare to raise their voice should not be punished,” they wrote, adding that the petition was best described as “a common roar”.

They also noted that if the abuses of power within the justice system were made public, it could undermine confidence in Sweden’s judiciary.

“We demand an immediate end to sexualization, marginalization, and exploitation of women in our industry,” the writers continued, calling on those in positions of power  to take responsibility.