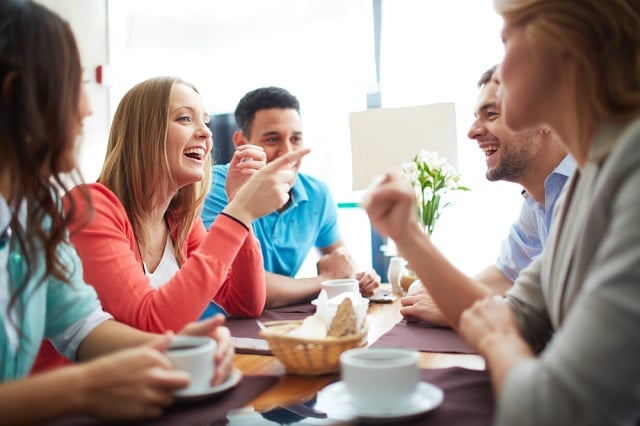 Some of Sweden's untranslatable words have become global phenomena – think 'fika' and 'lagom'.

But those who have spent longer than just a short break in Sweden know there's more to the Nordic nation than taking things in moderation and frequent coffee-and-cake breaks. It's a complex culture, and that's inevitably reflected in the Swedish language.

Here's some of the untranslatable vocabulary that gives a deeper insight into the country, its people, and their strange turns of phrase.

You're more likely to hear this word from a grumpy stranger behind you in the supermarket checkout line than from your Swedish teacher. Literally translating as 'mountain of goods', a 'varuberg' is when you pile up your items higgledy-piggledy ('huller-om-buller') on the shop's conveyor belt rather than following the unwritten rule that requires you to line them up neatly one by one, with the barcode facing forwards for efficient scanning.

Zlatan Ibrahimovic has had a huge impact not only on Swedish football, but also on its fashion sense: the hairstyle more commonly known as the 'man bun' saw a huge rise in popularity in Sweden after Zlatan began sporting it, so it is known as a 'Zlatan bun' or 'Zlatanknut'. Head to the Stockholm island of Sodermalm (or 'Hipsterholmen' – little hipster island – as it's occasionally known) and you'll see plenty.

Zlatan is known for his sky-high confidence but he's not the only sports star whose pioneering fashion sense has earned him a shout-out in the Swedish dictionary. 'Foppatoffla' is the Swedish term for Crocs-style shoes, a brand of foam clogs, which were popularized in Sweden by ice hockey player Peter Forsberg, nicknamed Foppa, who wore them while recovering from a foot injury. 'Toffla' is the Swedish word for 'slipper', making a compound word that's undeniably fun to say, whatever your stance on the shoe itself. The neologism actually sparked a legal row. In 2010, the manufacturers of Crocs sued Swedish Design Company over their Foppatoffla shoes, saying their reputation had been damaged and citing a market research survey that showed only seven percent of Swedish consumers identified the shoes as Crocs, while almost one in three recognized them as 'Foppatofflor'.

The Swedes are straight-talkers; literally, this means 'to poop words'. You'll hear it used by people criticizing someone who peppers their speech with an excessive amount of filler words (things like 'um', 'so', and 'like' in English, Swedish equivalents of which are 'liksom', 'ba', and 'typ'). It can also be used more generally to refer to someone using too many unnecessary words. This translates as something like 'daycare for old men', or put another way, Clas Ohlson, the well-known Swedish hardware and electrical store. 'Gubbe' is a colloquial term mainly used to refer to middle-aged-or-older men, while 'dagis' is the shortened term of 'daghem', used to refer to daycare or preschool – Swedes love to add 'is' to the end of shortened words.

Jokes about women dropping their husbands off at 'gubbdagis' became so common that in 2008, the brand's new CEO committed to improving gender equality so that women were better represented at all levels of its hierarchy. Meanwhile, women already make up almost half of the store's customers.

A 'friggebod' is a small shed which you can build without getting a permit, if it's built on a land lot with an existing house. It's a portmanteau, combing the name of former Housing Minister Birgit Friggebo, who oversaw the introduction of the regulation, with the term 'bod', which means a shed that is used for more than just storage. When first introduced in 1979, a friggebod could only be ten metres squared, though this limit was increased to 15 metres squared in 2008. Swedish, like German, is full of compound words for very specific concepts, and 'stödmacka' is one of the most delicious. It translates as 'support sandwich', and it refers to a sandwich you make to have as a snack while you're waiting for your main meal to finish cooking. Along the same lines are 'stödvila' and 'stödknoppa', which are both verbs meaning 'to have a support-rest or support-nap' in order to ensure you're full of energy for an event later in the day.

Literally 'snow pulp', this refers both to the wet, slushy snow you'll see on the roads and pavements in the days after snowfall and to loose and fluffy piles of snow. It's also used metaphorically about someone who uses beautiful words and images when they speak, but underneath it all there's not much substance. Something foreigners often notice about Swedes is that often they are more reserved than many other nationalities, but that once the alcohol is flowing they open up. This dual personality often leads to the phenomenon of 'bakfylleångest' which means something like 'after-drunkenness-anxiety' and refers to that sinking feeling you get after a night of drinking when you're sure you've done something embarrassing but aren't entirely sure what.

If you read Swedish newspapers you'll come across this verb a lot, and you might struggle to find a dictionary definition. It comes from the noun 'pudel' (poodle) and is used when a well-known figure, often a politician, offers profuse apologies after admitting a mistake. Picture the politician as a poodle rolling onto its back, and you'll get the idea. “I know this one – sour cream!” You might well be wondering what one of Sweden's most popular condiments is doing on a list of untranslatable words, but the word also means something different here. It comes from 'grädd' (cream) and 'fil' (lane), meaning 'cream lane'. Confusing? Again, you'll often find it used in the media, where it refers to special privileges, typically given to people who have extra money or connections: a special lane for the crème de la crème of society.

Examples include this article in Svenska Dagbladet, where Sweden's Employment Minister suggests creating a 'cream lane' for newcomers in Sweden's housing market.