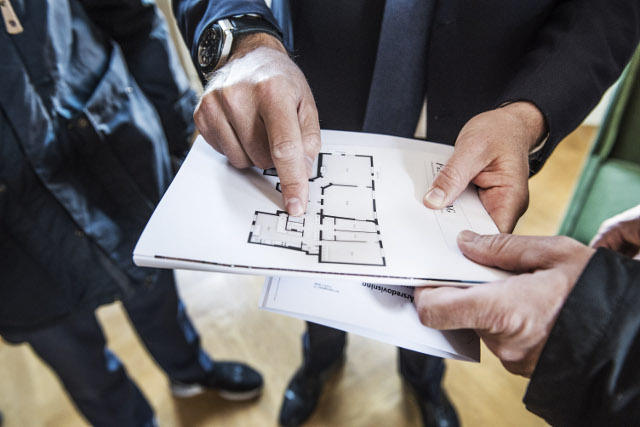 Unless you're rolling in cash (in which case congratulations, skip to the next point) you're going to need a mortgage in order to buy an apartment. Compared to other countries Swedish banks seem strict when it comes to who they will loan money to, and to state the obvious, they will want solid proof of steady income and your financial situation before they will cough up the green.

As a rule of thumb if you're in permanent employment, you'll find it easier to get a loan than if you're self-employed, as the latter is considered higher risk. If you are self-employed it's not impossible, but you'll need to make an effort to convince the bank with hard evidence that your business is economically sound.

If that permanent employment is in Sweden, even better. A second point to consider is that a good Swedish credit history will go a long way towards helping you get a loan. If you don't have a history of income within Sweden and are moving from abroad, you will need to provide detailed evidence of your credit history, any loans from abroad you have, and proof of assets. It could even be worth renting initially to build up a domestic credit history and make the buying process easier.

Then there's the deposit – these days in Sweden it's common for 15 percent of the apartment's cost to come from your own pocket. And forget about only paying off the interest on the mortgage. As of June 2016 Swedish law dictates that new loans must be amortized by two percent each year.

If you fulfil the bank's requirements, ask them for a lender's note (lånelöfte) – proof of the amount they're willing to lend you. Once you have one it's worth shopping around for the best offer – consult as many lenders as possible and see who can cut you the best deal. Once you're armed with that proof, you can start bidding on an apartment (some estate agents require one before they'll allow you to do so).

With the bank's seal of approval in your pocket, start looking at properties. Dive into estate agent websites, or even better, Hemnet, which collates them, for listings of what's on the market or what's about to be on it (there's even a word in Swedish for looking at homes on Hemnet). In the case of the latter, contact the estate agent to see if you may even be able to make a move before the public viewings begin.

Otherwise, it's time to go to the property for an open house, take your shoes off, and have a look around just like everyone else. Once you've decided you want the place, start bidding via the estate agent. The process is usually done by SMS, so make sure you have your phone nearby to react to any counter-offers.

If your offer is the winning one, congratulations – but only tentatively, as even once the contract is signed, you still need to be accepted into the cooperative which owns the building. What's that, we hear you say? When you buy an apartment in Sweden, you're not only buying the right to live in the property itself, but in all likelihood also buying into a collective – known as a bostadsrättsförening. Each month you'll pay fees that go into the cooperative's pot, and in turn they use that to pay for utilities like the heating costs in the building, everyday maintenance such as cleaning of shared hallways, and bigger projects like any possible refurbishment of the building.

Different cooperatives have different monthly fees, and how much you pay is largely determined by how much income the cooperative has on one hand, and how high its expenses are on the other.

It's well worth doing some research on the cooperative you're buying into before making a bid on an apartment therefore – a cooperative with a more stable economic history and varied sources of income is worth its weight in gold. Sites like hitta.se allow you to search for a cooperative's yearly financial reports and look at what kind of state it is in – take some time to consider the details.

And before you buy, check if the cooperative has any major building work planned in the near future. Buying a dream apartment only to find out that the bathroom will be out of commission for a month while the building's ancient drainage system is replaced is not a good feeling.

Being approved by the housing association is the last step in making the apartment yours. In theory you could be rejected, but that's rare. There may however be some kind of interview process as a formality – meet the neighbours, that sort of thing.

In the long term

One more long-term matter to keep in mind if you're thinking of buying an apartment in Sweden but aren't sure if you'll be staying in the country permanently, is that profit made from the sale of property is subject to capital gains tax – 22 percent of the profit.

That tax can be deferred in full up to a limit of of 1.45 million kronor if you're using the money to upgrade to a new house in Sweden or within the European Economic Area (EEA), but if it's elsewhere, you'll have to pay up. If you're coming from the US or Australia for example and considering buying an apartment in Sweden before eventually moving back home, that's worth keeping in mind. Looking to rent instead? Check out The Local's property page