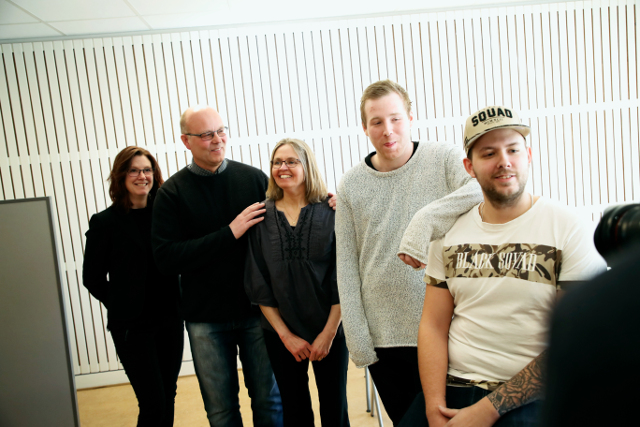 Four-year-old Kevin was found dead near a lake in Arvika, central Sweden, in 1998. Police concluded after an investigation that the two young boys had killed him by pressing a stick to his throat. Because of their young age the case was closed, handed over to the social services and no legal action was taken.

The boys also admitted to the crime at the time, but last year Swedish broadcaster SVT and newspaper DN raised questions about their confessions after looking into the case in separate investigations.

The confessions had only come after police pressed the children for answers in several lengthy interrogations (31 in total), often held without a legal counsel or the boys' parents present.

“I remember crying and crying and wanting my mum, but that I can't have her. It's a strong memory that will never go away,” one brother told Swedish media after the reports emerged, shedding new light on the case.

A prosecutor decided to reopen the investigation following the reports, and after almost a year he presented his conclusion on Tuesday: “They can no longer be suspected of the crime, the evidence is that weak.”

The new investigation shows there was no evidence linking the brothers to the crime scene and that some witness statements even indicated it was “unlikely” they were even at the scene at the time.

An original theory was that Kevin had died at a nearby location and was moved to where he was found, even though it was unclear how the young boys had been able to move him without leaving a trace.

“I do not at all share the conclusions made in the previous investigation. On the contrary, I am very critical,” prosecutor Niclas Wargren told Swedish media at a press conference on Tuesday.

It remains unclear how Kevin died.

A new theory not presented in the original investigation is that he died by accident at the scene after a pallet on the site fell onto him, a plausible explanation said the prosecutor, but it cannot be proven.

The brothers, Christian Karlsson and Robin Dahlén, welcomed the news on Tuesday.

“This is a new start, we'll just keep trying to lead an ordinary life. Work, house, car. Not much planned more than that. Ordinary life goals,” the younger brother, Dahlén, told newswire TT.

They wanted to focus on the good news, but were also critical of the previous investigation.

“It is tragic, both for us who were suspected, and also for Kevin's family who now have to go through all of this once again. Of course, our thoughts go to them as well,” said Karlsson.

Kevin's father told the Aftonbladet tabloid he now has to learn to “accept a new truth”.

“For almost 20 years I thought it was murder. Now it looks like it was child's play ending in an accident. Believing something for such a long time, then everything changes, it's going to be a process to get through,” Patrik Skog told the newspaper.