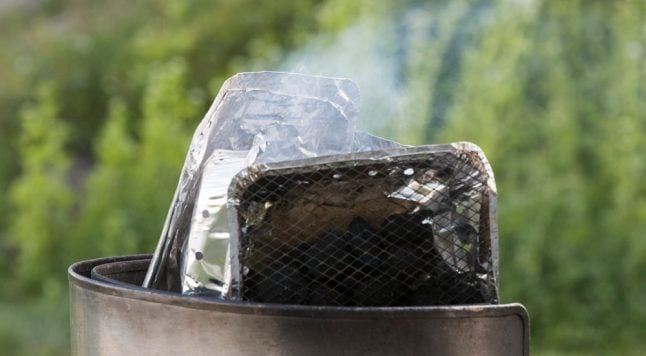 File photo: Terje Pedersen/TT
A total nationwide ban on lighting fires, including home barbecues, was introduced at the end of July at the request of the Swedish Civil Contingencies Agency (Myndigheten för samhällskydd och beredskap, MSB).
Although several Swedish counties have since lifted the bans, the summer’s wildfires may have permanently changed how Swedes view disposable grills, a longtime mainstay of the Swedish summer.
READ ALSO: Swedish barbeque: sausages, shellfish and disposable grills
The disposable, aluminum pan grills – called ‘engångsgrill,' or one-time grill – have long been offered by most local grocers and convenience stores and are a popular option for those who find themselves without a full-scale gridiron.
The country’s major supermarkets temporarily halted the sale of the grills during the summer heatwave. According to broadcaster SVT, Axfood is now considering permanently dropping the grills. Axfood, which owns supermarket chains Willys, Hemköp and Axfood Snabbgross, is the nation’s second-largest food retailer.
Axfood’s head of sustainability said fire risk is just one reason behind the decision.
“It’s really a bad product for reasons beyond just the fires. They create a lot of litter and they’re made of aluminium that is often not recycled so we are not going to sell them,” Åsa Domeij told SVT.
READ ALSO: Wildfires put climate on the agenda in Swedish election
News of Axfood’s decision was welcomed by the Archipelago Foundation (Skärgårdsstiftelsen), a preservation group that owns large areas of the Stockholm archipelago.
“The fire hazard is the most obvious problem but disposable grills also do permanent damage to a lot of rocks,” the foundation’s executive director, Anna Waxin, told SVT.
Axfood’s major competitors, ICA and Coop, will allow individual stores to decide if they want to continue to sell disposable grills. 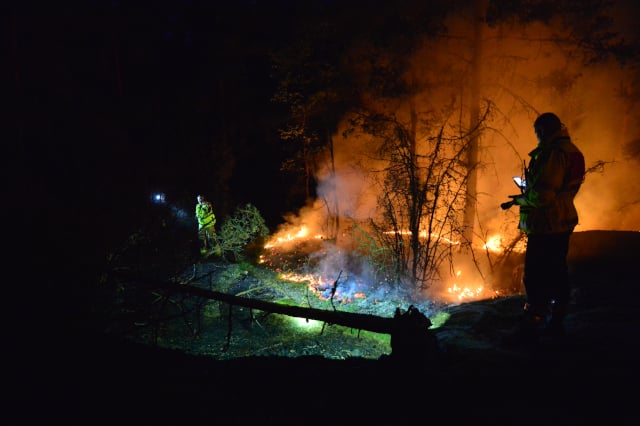 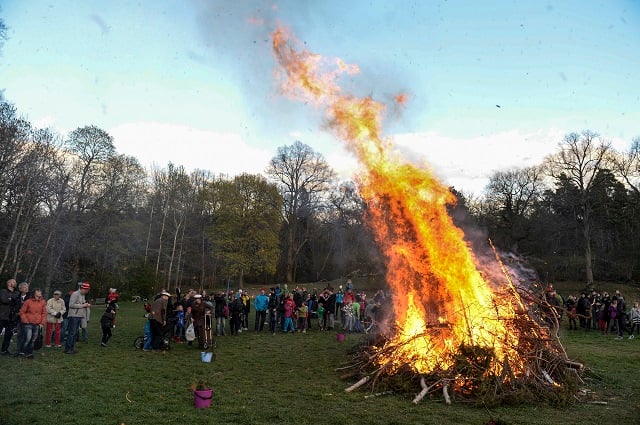