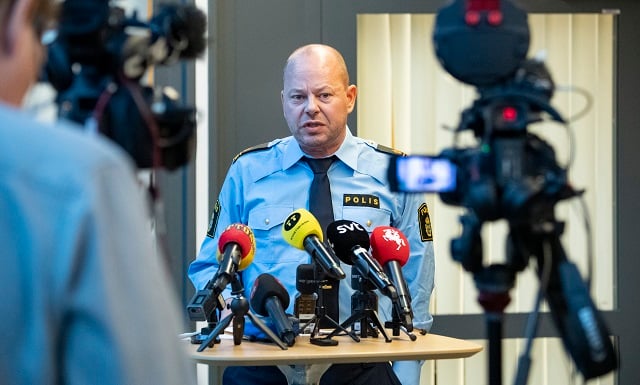 The family of four was found dead in a house in Bjärred near Lund in January.

Police have now said that their preliminary investigation shows the couple decided jointly to kill their daughters and then take their own lives.

“Both [parents] are formally suspected in the incident for having jointly killed their two daughters,” police inspector and investigation officer Stefan Svensson told media on Tuesday.

Police opened an investigation into the deaths earlier this year, having discovered the bodies after a man reported his concern that he had not been able to get in contact with a work colleague.

On arriving at the home, they first saw the dead man through the window, and found the mother and two daughters, both of whom suffered from the chronic illness ME, dead in their beds.

They then found three letters in the house, described by police as a will, a goodbye letter, and a final document containing practical information.

Swedish police have examined all three documents and concluded that both parents were aware of their acts and had been planning the murder-suicide for several months.

“Neither of the two adults were deceived into signing. We have confirmed that the ink on the paper dried before they wrote their signatures, so no-one signed blank paper,” Svensson said, adding that police had also investigated the authenticity of the signatures, and had not found any DNA traces or fingerprints, for example, belonging to anyone else on the documents.

Svensson said that both parents had been “under a lot of pressure”, including due to the daughters' illnesses.

He said that although the investigation had not focussed on the role of the municipality in its dealings with the family, no obvious mistakes by those in contact with the family had been found.

“Sometimes certain things happen that are impossible to predict or prevent,” said Svensson.