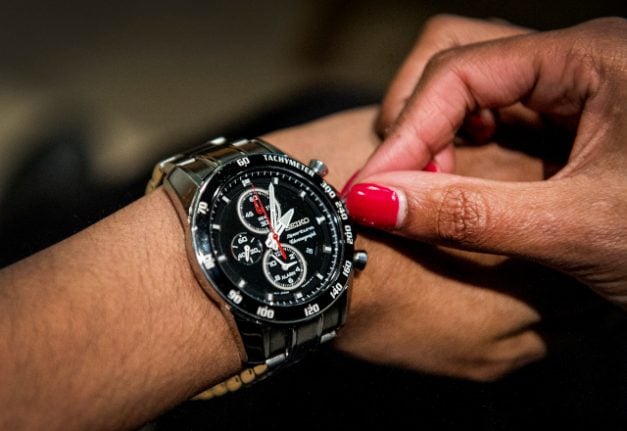 The clocks will go forward on March 31st. But in the future, that may not be the case. Photo: Marcus Ericsson/TT

Members of the European Parliament on Tuesday voted 410 to 192 in favour of ending the practice of changing the clocks forward in spring and back in autumn from 2021.

However they said it should be up to each individual member state to decide whether to stick to summer time or winter time in the future.

The bill is now the official position of the EU parliament, but it will be up to the European Council to make a final decision.

The council – which is made up by the leaders of each member state – will have to vote unanimously for the change, but may be swayed by the fact that the move would be popular among Europeans.

In a Europe-wide survey last year some 80 percent of Europeans voted in favour of stopping the clock changes, with most people appearing to prefer to stay on summer time rather than winter time.

A separate survey in Sweden suggested that two thirds of Swedes would be up for ditching the seasonal time changes. More than a third (37 percent) said they would prefer to have summer time throughout the year, while slightly less than a third (29 percent) would choose winter time.

The Swedish government has said it is not against ending the practice if there is broad support in the country or parliament.

This year, however, clocks will still go forward at 2am on March 31st.