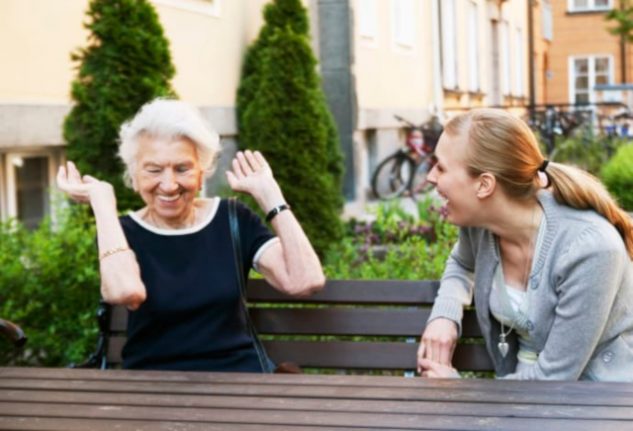 The marketing material for Sällbo shows an old person chatting with a neighbour. Photo: Helsingborgshem
The municipality-owned housing company in the port city of Helsingborg hopes the first residents will move into its experimental 'Sällbo' block in December this year, and will run the project for at least two years.
One of the organizers of the project told The Local that Sweden's cold climate could be a factor in the loneliness and social segregation in the country.

“If you think about countries where the climate is warmer, people usually meet outsides of houses in the park and they can talk and you don't have to make all the arrangements in your own home. Here in Sweden, it's not so easy to do that because the climate is like it is…” said social living development strategist Dragana Curovic.

“[Older people] don't share the everyday life, which means that they can't really always understand the everyday life of the younger generation. And if you add to that a younger generation with a different cultural background, it becomes almost impossible to meet each other. So that was the idea for the project,” she explained.
The company had initially planned to target the housing towards older Swedes and young immigrants, but chose to accept young Swedes as well, in order to act as a 'bridge' between the two different demographics.

READ ALSO:
'Sällbo' is a compound word formed from sällskap, meaning 'companionship' and bo meaning 'live'.
Half of the 51 apartments will be rented out to the over-70s and half to young adults between 18 and 25, of which 10 will go to immigrants in the same age bracket who recently got their residence permit.
Although the two-room apartments are small, the blocks are designed with a lot of common space, with a shared dining room, library, training room, film room and art atelier, and bedrooms where guests can stay. 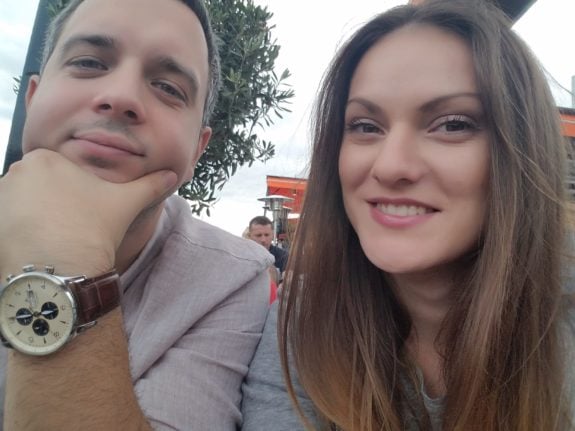