Sweden is moving a step further to making language tests part of the process for gaining Swedish citizenship.

Why does Sweden want to introduce a language requirement for citizenship?

At the press conference announcing the proposals, Justice and Migration Minister Morgan Johansson said that the decision was aimed at supporting integration into Swedish society, as well as to “strengthen the status of citizenship and promote a more inclusive society”.

“Several parties, including my own, see a need for a better balance between rights and duties, both in integration and migration policy,” said Johansson, who noted that the issue has been discussed in Swedish politics over the past 20 years.

The government committed to investigating these tests in a cross-bloc deal struck with the Centre and Liberal parties.

Currently Sweden is one of only three EU countries that do not require language tests for would-be citizens, along with Ireland and Bulgaria. To apply for citizenship, you need to have had right of residence for five years (or three, if applying as the cohabiting partner of a Swedish citizen), and to have 'conducted yourself well' in Sweden as well as paying a 1,500 kronor ($180) application fee.

Johansson explained that the Swedish language is essential not only to finding work, but also to becoming “a fully-functioning citizen”.

According to Mari Andersson, who led the government inquiry, there are no studies that show language requirements boost inclusion, but there is research to show the important of language-learning in integration, particularly on the labour market.

“There was nothing to suggest that tying language to citizenship makes [language-learning and inclusion] happen more; if you have very high requirements it can instead lead to exclusion if people give up,” she explained. 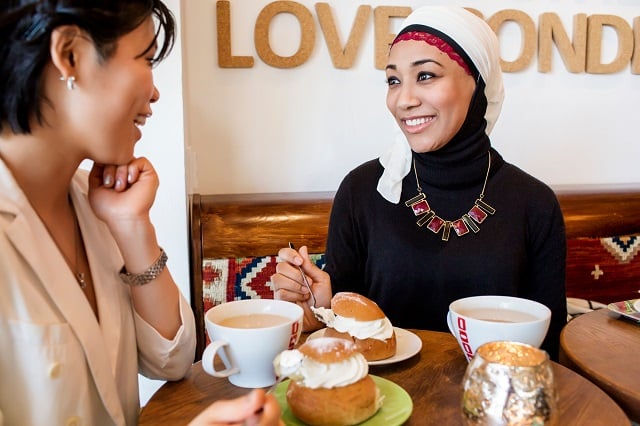 How good will my Swedish need to be?

The current proposals suggest a requirement for an A2 level in speaking and writing and B1 in reading and listening, the second and third levels respectively out of six in the Common European Framework of Reference for Languages.

“The hardest elements are productive language, speaking and writing, so we landed on A2 for those skills and B1 for listening and reading. That allows you to follow societal debates on TV or in newspapers for example,” said Andersson.

How will I learn Swedish?

That's up to you, but one option would be the free Swedish for Immigrants (SFI) classes which are available all over Sweden, although class times and locations vary. You are even entitled to time off work to learn Swedish.

How will I prove my Swedish level?

The proposals suggest various ways you could prove your knowledge of Swedish.

For those who moved to Sweden as adults and/or did not attend Swedish school, completing the final level of Swedish for Immigrants (SFI) would be sufficient, or passing the TISUS test which is used to show you have a good enough grasp of Swedish to study at university, under the proposals.

If you didn't have any of those qualifications, there would be the option of taking a specific language test for citizenship, which currently does not exist. 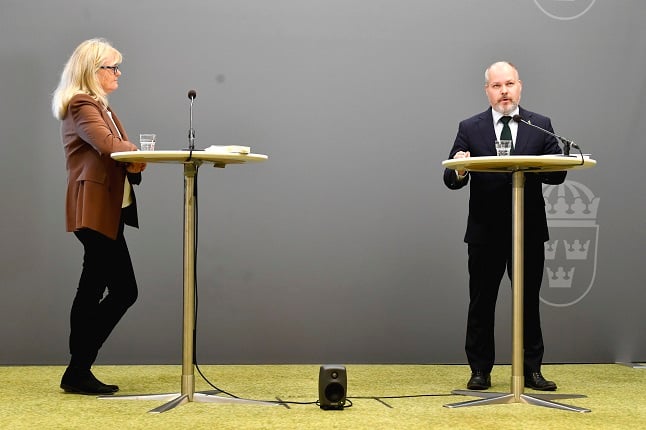 Will there be any exemptions to the language requirement?

Yes. The language requirement would apply to people applying for citizenship aged between 16 and 66, under the proposals.

Nordic citizens, who follow a different process for citizenship based on notification rather than application, would continue to be able to become Swedish after living in Sweden for five years without a language test. The reason for these different rules is that the Nordic countries are considered to have strong similarities in their cultures and some of their languages.

The inquiry also proposed exemptions for people with certain physical or mental disabilities as well as those who are from a vulnerable background – for example being stateless or illiterate – who can prove they have tried to reach the required knowledge level but been unsuccessful.

How will the tests be organised?

The proposal is that they would take place in universities around the country, several times each year, and will be digital.

As well as the language test, there would be a civics test, “defined as knowledge you need to live and function in Swedish society, with a focus on democracy and the democratic process”, Andersson said. Under the proposals, a book with practice questions would be made available online.

How much will it cost?

Andersson said the plan was for a fee of 500 kronor ($60) for the section relating to civil society and 2,000 kronor for the language component of the test.

What does this mean for waiting times?

Waiting times for Swedish citizenship are currently long, at 37 months according to the Swedish Migration Agency website on Wednesday.

This was not discussed at Wednesday's press conference.

What about applicants for permanent residence?

Permanent residence applications are not affected by this inquiry, but the government is separately looking into whether it should introduce language requirements for that status as well.

What's the next step for the proposals?

None of the details above are final; they are part of the proposals from the government based on an inquiry into the issue, and there may well be changes before they come into effect.

The next stage is to send the proposals out for consultation from relevant authorities, and they may be adapted depending on the responses received. Then a proposal would need to be passed by parliament and work to begin on putting together the tests.

So when will it come into force?

The date suggested in the inquiry is January 1st, 2025, but if it's doable to put the tests in place before then, the government wants to do that.

“This is a reasonable proposal and we hope that it can be put into place as soon as possible, but of course this is a large organisational challenge,” said Johansson. ANALYSIS: What the threat of a snap election means for Swedish politics TIMELINE: The key events that led to the Swedish government’s collapse