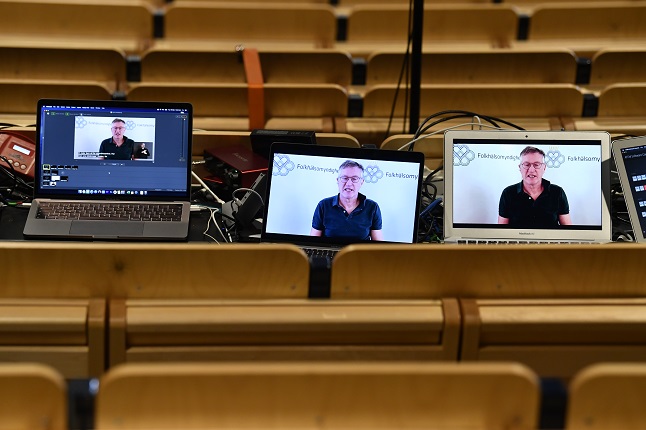 A 14-day incidence rate above 500 means a region or country is a “dark red zone” according to the European Centre of Disease Control (ECDC), the highest risk on a four-point scale.

The positive news from the briefing was a continued week-on-week decline in newly reported deaths from the virus, which Tegnell said was “with all likelihood an effect of the very targeted vaccination programme”.

The briefing also addressed the increasing presence of new variants of the coronavirus, which are in some cases believed to be more contagious.

The variant B.1.1.7, first reported in the UK, was present in more than 50 percent of positive tests analysed in 13 regions, with the exact figure ranging from 16 to 72 percent between different regions.

Variants first discovered in South Africa (P.1) and Brazil (B.I.351) had been discovered at a lower rate, only appearing in more than ten percent of cases or more in four regions.

Sweden introduced a ban on travel from the UK and Norway after outbreaks of the B.1.1.7 variant, which is currently in place until March 31st, although there are some exceptions such as for people who live in Sweden. The Public Health Agency has also asked all travellers arriving from overseas, regardless of the country they travelled to, to isolate and avoid close contacts for at least seven days after arriving, as well as to get two tests (one before travel or on the day of arrival, and another five days after arriving).

Across the country, 1,378 people are being treated in hospital for Covid-19, 256 of them with ventilators in intensive care.

The National Board of Health and Welfare’s acting head of crisis preparedness, Taha Alexandersson, said that over the past year, 80 percent of requests from regions for help from the agency had been met, which included for example requests for protective or technical equipment.

Alexandersson said that four regions currently required assistance from other regions to handle the pressure on their intensive care wards, even if nationwide there was 22 percent available capacity.