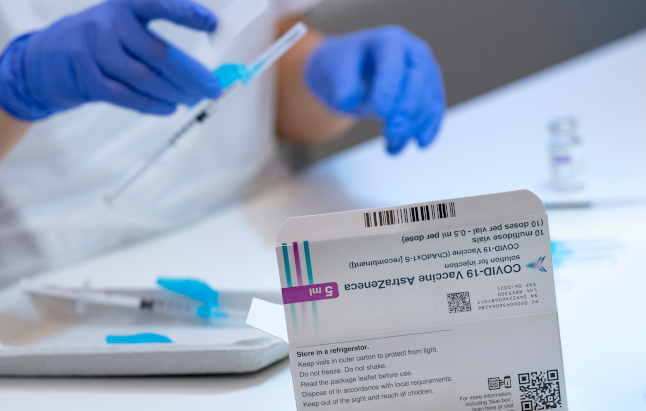 The European Medicines Agency has said that so far the number of blood clots does not seem to be higher than that in the general population. Photo: Johan Nilsson/TT

The decision comes after several European countries, including Germany, France and Italy, halted the use of the vaccine after a small number of blood clotting incidents.

The European Medicines Agency (EMA) said on Monday that it was investigating the data but that its view thus far was that the benefits of the vaccine outweighed the risk of side effects. Both EMA and the World Health Organisation (WHO) have recommended countries to continue using the vaccine while the investigation is still ongoing.

“Events involving blood clots, some with unusual features such as low numbers of platelets, have occurred in a very small number of people who received the vaccine,” EMA said in a statement.

“Many thousands of people develop blood clots annually in the EU for different reasons. The number of thromboembolic events overall in vaccinated people seems not to be higher than that seen in the general population.”

As of March 10th, 30 cases of thromboembolic events (blood clots) had been reported among almost 5 million people vaccinated with AstraZeneca in the European Economic Area.

The Swedish Public Health Agency said no cases of blood clots in combination with low levels of platelets had been reported in Sweden.

State epidemiologist Anders Tegnell described the decision to halt the AstraZeneca jab as a “precautionary measure”.

“There is good knowledge about the vaccine, but it is still important that we pause vaccinations until EMA has investigated whether these events could be linked to vaccination,” he said in a statement.

Tegnell said the decision to suspend the use of the AstraZeneca vaccine was not primarily linked to blood clotting incidents, which as EMA said do not appear to be more common among vaccinated people than in the general population, but rather the low number of platelets.

“It’s rare but serious, and can happen for very many different reasons, but there have been a number of cases where there is a connection, timing-wise, to the AstraZeneca vaccinations,” Tegnell told Swedish news agency TT. “We’re talking around 10-20 cases in Europe out of several millions of vaccinations.”

Other countries that have also halted the use of the Anglo-Swedish pharmaceutical company’s vaccine have also stressed that it is being done as a precaution.

The Swedish Medical Products Agency said last week that it did “not consider that there is sufficient support to discontinue vaccination with AstraZeneca’s vaccine”. But a spokesperson said on Tuesday that it nonetheless backed the Public Health Agency’s latest decision.

“Considering that this is an ongoing investigation that will likely be concluded this week, we support the Public Health Agency in that this may be an appropriate precautionary measure, since we’re likely talking about a short period of time before we have the results of the investigation,” the spokesperson told TT.

More than a million vaccinations have been carried out in Sweden, including AstraZeneca, Moderna and Pfizer/BioNTech.