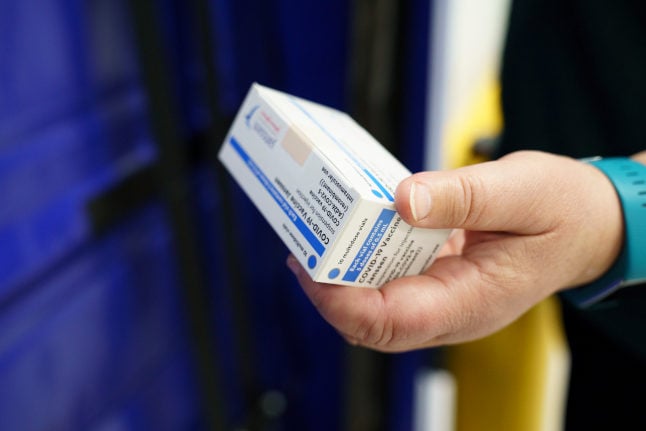 The European Medicines Agency (EMA) said that a product label should be added to Johnson & Johnson’s (also referred to by the name of its subsidiary Janssen) Covid-19 vaccine, warning of very rare side effects in the form of a combination of blood clots and low platelets.

More than seven million people have received this vaccine in the United States, and EMA stresses that the benefits of using the vaccine outweigh the risk of side effects after reviewing eight reports from the US, one of which had a fatal outcome.

Sweden’s Public Health Agency will now review whether or not to stick to its current decision to pause the use of the Johnson & Johnson vaccine. The country had not yet started using the vaccine when it put it on pause after the company itself halted the rollout in Europe.

A possible outcome could be that the Public Health Agency will decide on similar guidelines that are currently in place for the Astra Zeneca vaccine, which has reported similar (and similarly rare) side effects and is currently being administered only to over-65s in Sweden.

Sören Andersson, head of vaccination programmes at the Public Health Agency, told the TT news agency on Tuesday that it would announce a decision “in the near future”.

All cases have so far occurred in people under 60, the majority in women, within three weeks after vaccination, writes EMA. No specific risk factors have been confirmed.

Sweden’s vaccine coordinator Richard Bergström told TT that a potential age limit would affect the rate of vaccinations. Sweden is set to receive 1.2 million doses of the Johnson & Johnson vaccine in the first six months of the year – most of them in June, by which time people over the age of 65 are generally expected to already have received or been offered their first Covid-19 jab.

“But even if they recommend an age limit, as for Astra Zeneca, we have so many other vaccines that losing Janssen would mean a few weeks’ delay, but not much more,” he told TT. “It wouldn’t be a catastrophe, even though each week is an important week.”

Sweden is also using the Moderna and Pfizer BioNTech vaccines. More than 1.8 million people have received one dose of a Covid-19 vaccine in Sweden so far (23 percent of the adult population) and the country expects to be able to offer it to all adults by mid-August.

Vaccinations have brought down the number of fatalities in Sweden, but the spread of coronavirus is currently increasing and hospitals and intensive care units are under severe strain.

Over the last 14 days Sweden reported 789 new cases of infection per 100,000 people, up from last week, while the number of Covid-19 patients in intensive care has now surpassed the level from the peak of the second wave, with 416 people being treated for the virus in the country’s ICUs, leaving just 16 percent available capacity nationwide. In total, 2,212 people are being treated in hospitals for Covid-19.