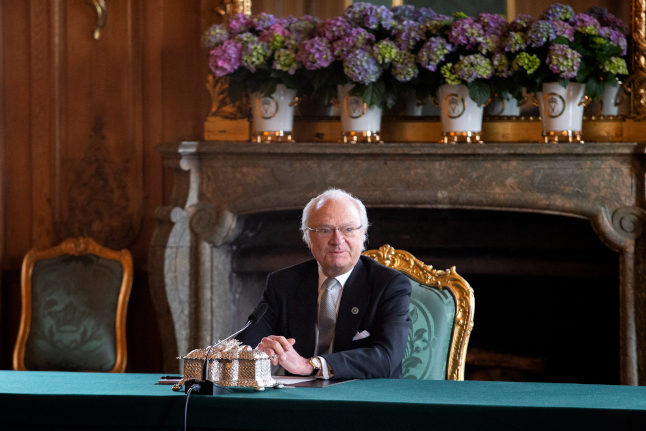 The King of Sweden turns 75

King Carl XVI Gustaf is celebrating his 75th birthday today – although the birthday celebrations will obviously be decidedly more low-key than usual due to a certain pandemic. He told a podcast this week that he would celebrate alone with family.

The King is Sweden’s longest serving monarch, after taking the throne at the age of 27 in 1973. He will eventually be succeeded by his daughter Crown Princess Victoria, but most royal experts agree that he is not expected to abdicate ahead of time.

The Östergötland region in eastern Sweden is following in the footsteps of Uppsala and urging residents to go into a “personal lockdown” to curb the coronavirus outbreak.

The region is set to present its coronavirus guidelines at a press conference on Friday. In Uppsala, the exact guidelines did not change much, the “personal lockdown” was more a way of using a sharper tone to communicate the seriousness of the situation.

The Swedish government has now submitted its plans to overhaul Sweden’s migration laws to parliament. It will now be processed by a parliament committee, which will state its opinion, and then it will be put to parliament’s 349 members for a debate and vote.

The bill makes, for example, residence permits for refugees time-limited as a rule of thumb rather than permanent. Temporary permits have been the norm in Sweden since 2016, but before that permanent permits were the default since 1984.

It also brings in exceptions from family maintenance requirements for Swedish and EU/EEA citizens who wish to bring their partner to Sweden, and makes it easier for people living on temporary residence permits to have family members move to join them.

If approved, the new law will come into force on July 20th.

Concern over low vaccination rate among elderly foreigners in Sweden

Sweden’s elderly foreign-born residents are much less likely to have been vaccinated against Covid-19 than native Swedes, a new report shows.

Sweden's elderly foreign-born residents are much less likely to have been vaccinated against Covid-19 than native Swedes, a new report shows. https://t.co/gigjW2gGdW

Reader question: Is it possible to have one vaccine shot in Sweden and one elsewhere?

In case you missed it and find it useful, a member of The Local asked us how it works if they get one dose (either first or second) in another country; will they still get a vaccine certificate and are they still considered vaccinated under Swedish rules?

We put the question to Sweden’s state epidemiologist Anders Tegnell at yesterday’s coronavirus press conference, and HERE’S what he said.

How does it work if I get one dose (either first or second) in another country, will I still get a vaccine certificate and am I still considered vaccinated under Swedish rules? https://t.co/AbHxb1wt0c