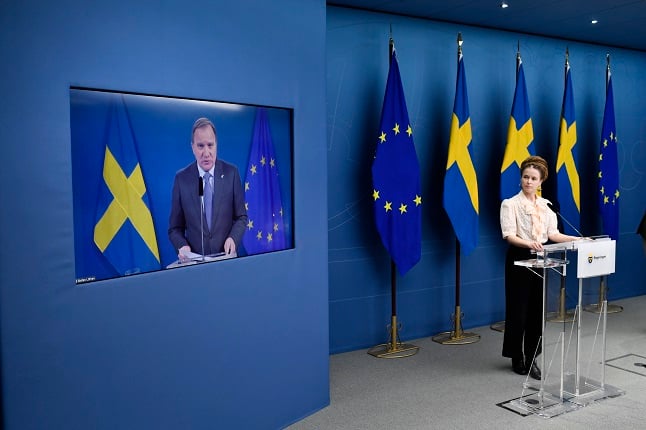 “Even though we can see a small reduction at the national level, the spread of infection is still at a high level,” said Prime Minister Stefan Löfven at a joint press conference on Wednesday.

This means that the current maximum limit of eight people at public events, first introduced in November, remains in place. This applies to sport and cultural events as well as demonstrations and religious services, for example.

This proposed relaxation was planned to come into effect from May 17th, after being postponed twice already.

Now the plan is that these changes will come into force from June 1st, but whether that happens is dependent on the spread of infection and burden on the healthcare sector.

Löfven said that when it happens, this will be “the first step in the government’s work to adapt and adjust the restrictions as the situation allows”.

“If everyone follows the restrictions and recommendations that are in place, and if the vaccinations go as they should, it is likely that we will return to a more normal situation in September,” he said.

It was announced that from June 1st, restaurants, bars and pubs will be able to open until 10.30pm, two hours later than the current closing time of 8.30pm. Again this is dependent on the level of infection at that time.

And from June 1st, the recommendations from the Public Health Agency will also be adjusted to a small extent. The agency’s director Johan Carlson said that the recommendation against indoor and outdoor summer camps and sports matches and competitions would be removed at this point, but that all the other recommendations will stay as they are.

This means that the general public will still be urged to work from home if they have the possibility, to limit social contacts to a small close circle, and to wear face masks on public transport in rush hour, among other things.