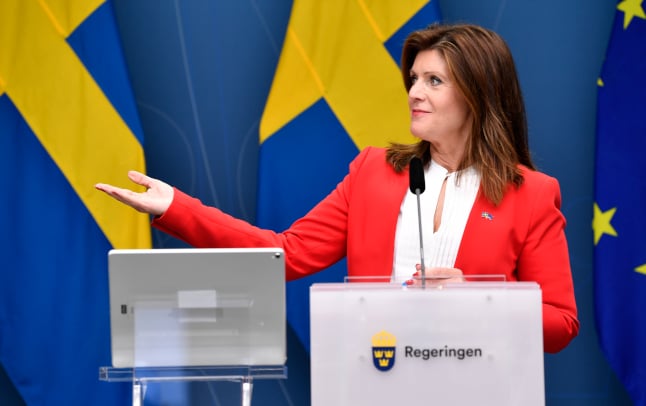 The price tag for a detached house in Sweden rose two percent in May, while the price of an apartment increased one percent. This means that year-on-year, house prices have increased by a whopping 20 percent and apartment prices 13 percent, according to the latest report by Swedish real estate number-crunchers Svensk Mäklarstatistik.

This is the first time since its records began that property prices show a double-digit increase year-on-year in all of Sweden’s three biggest cities, with apartment prices rising 11 percent in Gothenburg, 12 percent in Stockholm, and 20 percent in Malmö.

Sweden’s decision to scrap the karensdag – the first unpaid day of sick leave – during the pandemic, in order to encourage people with Covid symptoms to stay home, slowed the spread of infection, argues Sweden’s Social Insurance Agency in a new report.

But the agency hasn’t looked directly at the spread of infection, rather at how many people availed themselves of some of the social insurance measures that were adapted due to the pandemic including sick pay, and drawn its conclusions from that.

“If more people used the compensation and stayed at home, it probably meant that the spread of infection was slowed. We assume that not everyone has the financial opportunity to stay home if you get sick very often,” Martin Hurtig, the Social Insurance Agency analyst who wrote the report, told Swedish public radio broadcaster Ekot.

State epidemiologist Anders Tegnell also told Ekot that the changes likely had a significant effect. “Staying at home even with the slightest symptoms has in our opinion been perhaps one of the most important pieces of advice we have given,” he said.

The Swedish government will put forward a proposal to change the country’s hiring and firing laws, after a series of negotiations with trade unions and employer organisations.

The proposal is based on a deal between the ruling Social Democrat-Green coalition and the Centre and Liberal parties, which was originally presented last autumn, but sparked such a political crisis that the government went back to the drawing table in an attempt to get the country’s powerful trade unions on board.

Still, many of the proposals in the original agreement remain the same. One of the key principles of “last in, first out” when it comes to redundancies would change as part of the proposal. Instead an employer would be allowed to exempt three employees regardless of the size of the company (today, companies of no more than ten staff are allowed to exempt two employees from the “last in, first out” rule).

Swedish vocabulary: last in, first out – sist in, först ut

As Sweden begins to relax its Covid-19 restrictions, The Local wants to hear from international residents about how this will affect you and how you feel about the re-opening plan.

This is our fourth major survey on the Swedish response to the pandemic (you can read the articles created from earlier reader surveys in April, in June, and in December, and we have also carried out a number of further surveys related to specific topics such as long-distance relationships, parenting and vaccinations).

You have the option to remain anonymous, and for the text-based questions you can share as much or as little detail as you choose – we will read them all and use them to inform our reporting. If you would like to take part, fill out the survey HERE.