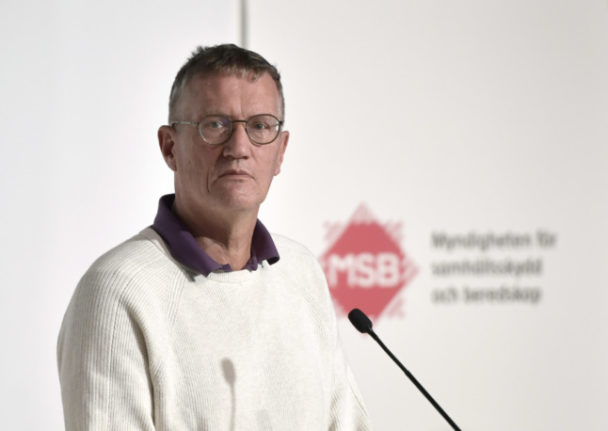 Unlike other countries, Sweden never went into lockdown and only recommended the use of face masks in exceptional situations, such as at rush hour on public transport and when accessing healthcare services.

Sweden’s Covid death toll is around the European average, Tegnell told AFP in an interview. Death rates in Sweden – with over 15,000 Covid-related deaths – are however much higher than other Nordic countries.

While Sweden never locked down, authorities did ban nursing home visits and limited the number of people allowed at public events and at bars and restaurants, where opening hours were shortened.

“The effects of the Swedish measures were not so different than the effects of measures in so many other countries,” Tegnell said.

Starting December 1st, a vaccination pass will be required for the first time in Sweden for indoor events with more than 100 people.

That decision was taken before the Omicron variant emerged.

But the same approach used in the previous waves should suffice to combat the new variant, Tegnell said. “It has worked in the past. So far we don’t see any reasons why it shouldn’t work.”

“It’s still the same disease. We have every reason to believe that the measures that we had in place would also work with this variant,” he said. The Omicron strain is believed to be more transmissible and current vaccines may not protect against it, though more data is still needed to be sure.

“To what extent the vaccines will protect against this variant is maybe the main concern,” Tegnell said. “We don’t have much data on this to say yes or no on that,” he said, adding: “There is no sign so far that it gives a more severe disease than the previous variants.”

Sweden currently has one of the lowest number of daily infections in Europe, but Tegnell said he expected numbers to rise in the coming weeks.

“There will most likely be a (new) wave, but this time the big difference is that we have such a big proportion of our population vaccinated, so we believe that the pressure on the healthcare system will be much smaller.”

The number of infections is also expected to rise after decisions to no longer test vaccinated people even if they showed symptoms were reversed in mid-November.