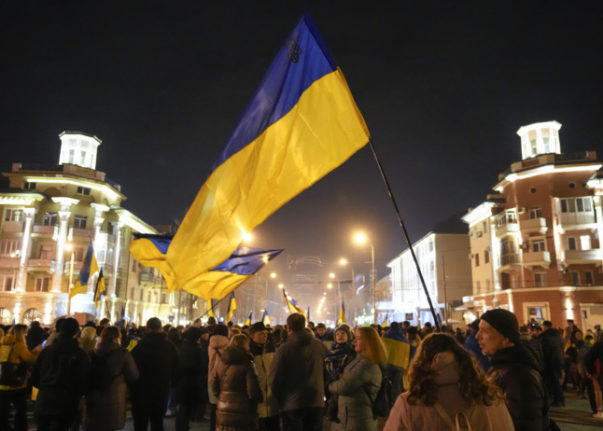 Ukrainians in the city of Mariupol rallied on February 22nd against the Russian actions in the region. Photo: AP Photo/Sergei Grits

Although Sweden and Russia do not share a border, Russia is still a close neighbour to Sweden in terms of geography, with strategically-placed areas of Sweden such as the island of Gotland in the Baltic Sea often identified as potential targets for Russian military action.

In fact, as recently as January this year, Sweden rolled out tanks to the island of Gotland amid what the military described as increased “Russian activity” in the region.

In comments to The Local back in 2015, Gotland residents described their feelings towards Russia: “When I grew up in the 1950s, our parents used to threaten us with Russia if we didn’t behave. ‘If you don’t finish your dinner the Russians will get you.’ That threat is here again now, in real life. We are after all rather vulnerable out here in the Baltic Sea,” one resident said at the time.

Although Sweden has not been at war in over 200 years, the country were often at war with Russia prior to this, often over control of territory in the Baltic region.

In 2017, Sweden reintroduced mandatory military service and reopened its garrison on Gotland in January 2018 amid concerns about Russian intentions in Europe.

Andersson stated in a tweet on February 24th that “Sweden condemns in the strongest terms Russia’s ongoing invasion of Ukraine. Russia’s acts are also an attack on the European security order. It will be met by a united and robust response in solidarity with Ukraine. Russia alone is responsible for human suffering.”

She had previously stopped short of describing Russia’s actions as an invasion, telling a press conference on February 22nd that their actions were a “clear violation of international law”, and that “Sweden strongly denounce Russia’s actions”. When pressed by journalists on whether Russia’s actions constituted an invasion, Andersson called them instead an act of “aggression”.

Andersson stated in the February 22nd press conference that sanctions from the EU “could naturally have some effect on Sweden, but above all it depends on whether Russia retaliate with their own sanctions against Sweden”.

Andersson has also commented on Sweden’s willingness to take in Ukrainian refugees if the conflict escalates even further, saying in comments to newspaper Dagens Nyheter that Sweden “cannot take as large a proportion of refugees as we did in 2015”, and that it is “reasonable that countries who didn’t take as much responsibility then take more responsibility this time”.

How likely is it that Sweden will join Nato?

Public support for joining Nato has been increasing in Sweden. A Demoskop poll last year found that 46 percent of Swedish citizens supported joining the alliance, an increase of 10 percentage points in just two years, and up from as low as 17 percent in 2012.

Sweden’s parliament in December voted through a parliamentary decision calling for the country to, like Finland, officially hold open a “Nato option”. This was possible because the Sweden Democrats dropped their previous ambivalence over Nato membership and sided with the pro-membership Moderate, Centre, Christian Democrat and Liberal parties.

Foreign Minister Ann Linde said that this parliamentary decision, and the resulting international uncertainty over Sweden’s position, was “not good for Swedish security”.

“The Social Democratic Party is, for identity reasons, quite clear that Sweden should have an independent voice in international politics, and they have a very 1980s perspective of Nato as being US-controlled,” Magnus Christiansson at the Swedish Defence Institute told The Local in January.

While the right-wing parties have united behind support for Nato membership, the centre-left and left were implacably opposed, meaning it will take a change of government, and probably a referendum, for Sweden to join.

It’s important to note that all of this is coming at a sensitive time for Sweden, and particularly for the minority Social Democrat government, who will be hoping to increase their share of the vote in September’s election. Holding on to voters who might otherwise move to the anti-immigration Sweden Democrat party could be one reason why Andersson tried to shift responsibility for taking in refugees onto other countries.

When questioned in a press conference on February 24th about how she interpreted Putin’s speech the previous evening, in which he threatened all “outsiders who are considering getting involved: if you do so, you will meet consequences greater than any you have met in history”, Andersson stated that “the entire speech is full of statements which are shocking and which, alongside threatening Ukraine, also threaten the rest of the world and Europe”.

Defence minister Peter Hultqvist described Russia’s actions as a threat to European security and a threat to Swedish interests and sovereignty in the same press conference.

How will it impact Sweden economically?

Sweden’s economy is not closely tied to either Russia or Ukraine, with only 1.5 percent of exports flowing to Russia.

But there are indirect factors that could have an impact, including rising fuel prices which are already at a record-high. On February 23rd, the price of a litre of petrol increased by 0.10 kronor to 19.29 kronor on average, and by 0.15 kronor to 21.62 kronor for a litre of diesel.

Around 40 percent of European gas comes from Russia, but since we’re heading into the summer months it is unlikely that the price of electricity will see a radical increase in Sweden in the near future. If the conflict continues into the winter, the scenario may be different.

The Swedish Foreign Ministry advises against all travel to Ukraine and on February 12th urged all Swedish citizens to leave the country.

This includes all kinds of travel, including business trips or visiting family. The advisory indirectly affects non-Swedish citizens too, because if you have a Swedish travel insurance, it will usually be null and void if the Foreign Ministry has advised against travel to a certain country. 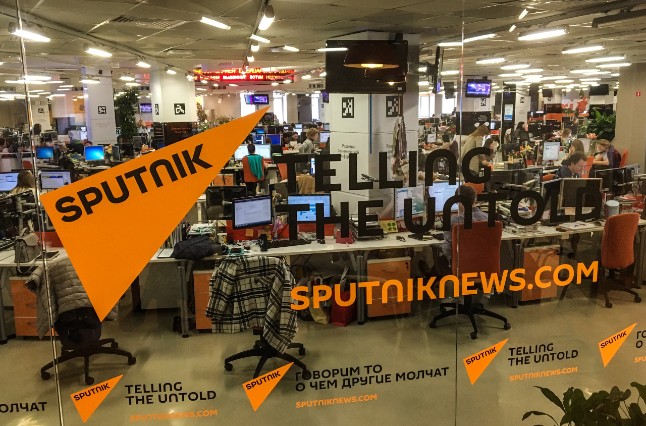 SWEDEN AND RUSSIA
INTERVIEW: What can Sweden do to combat Russian propaganda?