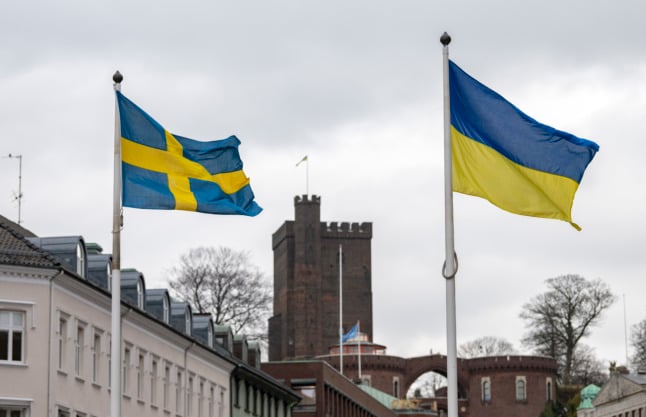 The Local: Is there anything that individuals should do to prepare, for example in the event of possible cyber attacks against Sweden?

Patrik Oksanen: I think a good thing to do is to study the brochure sent out a couple of years ago by MSB – the Swedish Civil Contingencies Agency – If crisis or war comes. I think that’s a very good start to just check your personal readiness. It’s always good to do that, especially in this situation where you can start to expect that there could be disturbances such as cyber attacks, disinformation and other disturbances.

I think it’s a good idea to follow that list, so you have some things at home so you can survive easily for a couple of days, and also have some cash in your wallet so you can deal with easy payments if Swish and your bank card stop working. So those are simple logical steps, and if you need something to fall back on, I think there’s an excellent checklist in that brochure.

TL: Sweden will have a general election in September 2022. In terms of disinformation and cyber attacks, do you think this could affect that?

PO: Well, we are in a time of European history that is more dark than it was before, but we should remember that this conflict between values – between democratic societies in Western Europe and an increasingly more authoritarian Russian state who wants to revise the rulebook of the European security order – has been ongoing for a long time.

We have had war in Ukraine for eight years, it’s now in a new phase, I want to remind you about war in Georgia in 2008, Putin’s Munich speech in 2007, and cyber attacks against Estonia in 2007.

It has happened, and therefore we must calculate that it will happen again, and now the tension has been rising rapidly during the last couple of months, and now of course we are in a new phase of that conflict, with open, naked aggression against Ukraine. So with that history in mind, we should not be surprised if we experience more of this in the future.

TL: What do you think the likelihood is of Sweden joining Nato, given what has happened today?

PO: Well, in the short term, I wouldn’t say that we’ll see any immediate changes in attitude – you should remember that it is a Swedish and Finnish decision to take, and the best thing is for Sweden and Finland to take it together at the same time. We’ll see what opinion and which leaders are moving first, and that of course also depends on how Russia will act now, and how brutal the Russian war against Ukraine will be.

I would say that the more aggression you see from Russia with more brutality, the larger the likelihood will be for Sweden and Finland to come to the decision to join Nato. But I wouldn’t say that we are there yet.

TL: Hypothetically, how do you think Sweden would respond if Russia decided to attack Finland, for example?

PO: Well, Sweden has a solidarity clause – Sweden has stated one-sided that if war, or something else bad were to happen to our Nordic neighbours or our European Union friends, Sweden would not stand on the sidelines.

Coming to Finland, we have the deepest – and let me really underline – the deepest cooperation with Finland of any country. We have already prepared to act beyond peacetime together, and we have done that extensively on the naval arena and in the air force, and we are conducting a lot of exercises together for the army.

I would assume that if there would be a hypothetical attack on Finland, Sweden would be part of the fight for Finland. Of course there are no formal guarantees from either countries to join that fight, but I would say that my expectation is the other way around.

TL: So, it would be a surprise if that didn’t happen?

PO: That is my expectation. So if you were to have, for example, a Russian attack on Gotland, you would see that Finnish air forces and Finnish naval forces would take part in that action (to defend Sweden), that is my expectation. But then of course, we have not signed a military alliance, there is no paper on it, but we have deepened our operations so we can do things together beyond peacetime.

TL: What can individual people in Sweden do to help Ukraine?

PO: In the short term, I would say open your wallets to the Red Cross, for example, to support the Ukrainian people. That is a quick act of solidarity that you could do. And I would also say that if you have a possibility to buy Ukrainian goods of any sort, do that.

If you have Ukrainian friends, let them know that you care, so they don’t feel that they are left alone in the world.

TL: How do you think that Ukrainians in Sweden will be feeling about this?

PO: My expectation is that they are feeling grief, shock, anger, all the emotions that come from seeing your home bombed in a war.

PO: It is. And that is also why we, at this time, need to keep our heads cool, to understand it’s a long-term conflict that is ongoing and will be going on for a long time, and we need to show endurance in this and stand united in the Western world. If we manage to do that, we will be able to cope with this.

It will be testing times for all of us. “Keep calm and carry on,” as the Brits said during the Second World War.