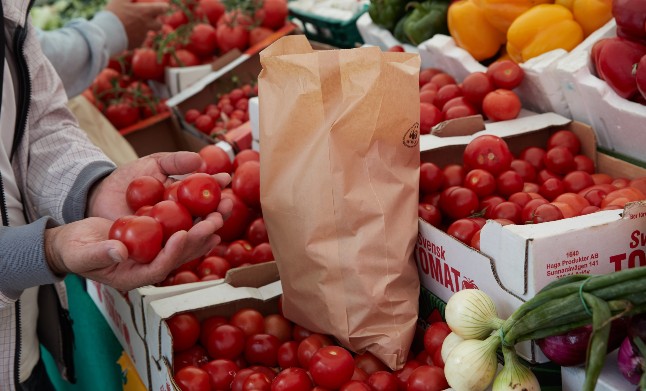 Inflation in Sweden hit 4.5 percent in February, according to the latest official statistics, the highest level recorded in Sweden since December 1993. This was both above the market’s expectations of 4.1 percent and above the January figure of 3.9 percent.

“Supermarket prices increased across the board in February. We saw a certain tendency for increases already in January, but it really broke through in February,” said Sofie Öhman, a price statistician for Statistics Sweden in a press release.

According to the agency, coffee and vegetables saw the highest price increases, with the price of coffee and tomatoes rising 30 percent year on year.  The prices of clothes, furniture, and fuel, have also shot up.

Russia threatens Sweden with ‘retaliatory measures’ if it joins Nato

Russia’s foreign ministry has repeated a warning to Sweden and Finland not to join Nato, with a spokesperson telling the Interfax news site that Russia would take “retaliatory measures” if this were to happen.

“It’s clear that Finland and Sweden joining Nato, which is primarily a military organization, would have serious military and political consequences which would demand that one reconsider the entire scope of our relationship with these countries and take retaliatory measures,” Sergey Belyayev, a senior official at the ministry, told Russia’s Interfax news agency.

Ahead of Russia’s invasion of Ukraine, the country demanded that Nato cease to accept new membership applications from countries close to Russia’s borders, such as Ukraine, Sweden, and Finland. The day after the invasion, a spokesperson for the Russian foreign ministry warned that Sweden or Finland joining Nato would bring “serious military-political consequences”.

Sweden Democrat leader Jimmie Åkesson has pushed his party even closer to supporting Nato membership, telling the party’s national congress that Sweden “must keep the door open” to membership of the security alliance.

At the conference, the party, which has always opposed Nato membership for Sweden, agreed that Sweden should now be ready to join Nato rapidly if Finland decided to join, or if the security situation deteriorated.

“If Finland suddenly decides to go further in its process, then we need to keep the door open, otherwise Sweden risks ending up in an extremely dangerous situation,” Åkesson said. “And I want to be very clear about one thing: a rapid decision where the Sweden Democrats back Nato membership cannot be ruled out.”

Åkesson made his speech the day after the party’s leadership committee proposed shifting its position on Nato membership. Several members of the committee protested the decision, but were overruled.

H&M and Ikea could have Russian business confiscated

Swedish companies such as H&M and Ikea, who suspended their operations in Russia following the invasion of Ukraine, risk having their assets confiscated, according to a document published in the Russian media listing the 59 companies that are being threatened.

“I see it as highly likely that this will happen,” said Per Hammarlund, a Russia expert at SEB. “It is a kind of defense mechanism that is partly about trying to save jobs and partly about punishing the companies that leave.”