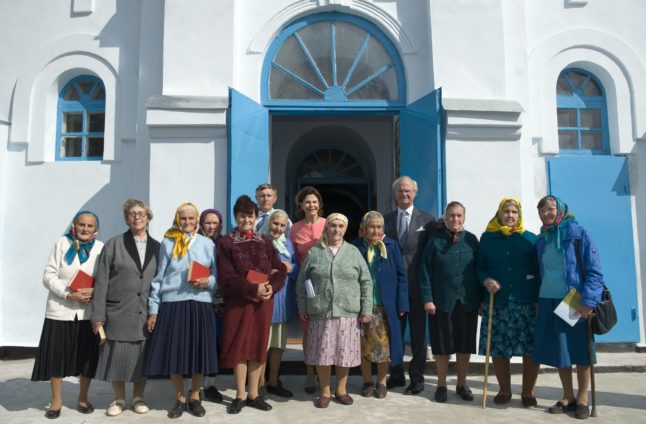 The history of Gammalsvenskby – or Gammölsvänskbi in the local dialect – can be traced back to the end of the Great Northern War.

In 1721, this war between Sweden and Russia which marks the end of Sweden’s time as a great European power. It  is referred to in Swedish as stormaktstiden or “the period of great power”, and it ended with Sweden losing a great deal of territory in the Baltic region to Russia, including swathes of land in present-day Latvia, Estonia and Russia.

One of these losses was the island of Hiiumaa (known as Dagö or “Day Island” in Swedish) in present-day Estonia. This island, having been part of Swedish-speaking Estonia since 1563, had a sizeable Swedish-speaking population, who were resettled by Imperialist Russia in 1780 to what was then referred to as Novorussiya, an area of former Russian territory which became part of Ukraine in 1918.

These resettlers – as many as 1,200 – trekked from Hiiumaa in Estonia to the banks of the Dnieper river in southern Ukraine in a journey taking nine months. At least a quarter of them died on the way, and many more were wiped out by dysentery in their first year in Ukraine. By 1794 – just fourteen years after relocating – only 224 people remained in Gammalsvenskby.

However, Gammalsvenskby’s population slowly increased in the following years, partly due to the arrival of Black Sea Germans, ethnic Germans who were encouraged to settle on the north coast of the Black Sea by Alexander I of Russia in the late 18th and early 19th century. In German, this area of Ukraine was referred to as Schwedengebiet or “Sweden District”.

Despite German influence – including the establishment of German-speaking villages close to Gammalsvenskby, the village retained its Swedish culture, Lutheran religion and dialect, and were seen as a “lost tribe” by Swedes in the late 1800s, due in part to their more traditional religion and their continued use of runes in writing, which much of the Nordic region stopped using around 1200.

Following the Russian Civil War in the early 20th century and subsequent disagreements with Soviet authorities over taxation and their Lutheran faith, 885 Ukrainian Swedes from Gammalsvenskby successfully petitioned the Soviet and Swedish governments to allow them to return to Sweden, arriving in the southern Swedish city of Trelleborg in 1929.

The arrivals from Gammalsvenskby were separated upon their arrival in Sweden, with many settling in Gotland, Västergötland and Småland. Around 250 ultimately returned to Gammalsvenskby, with a similar-sized group emigrating to Canada in the early 1930s. 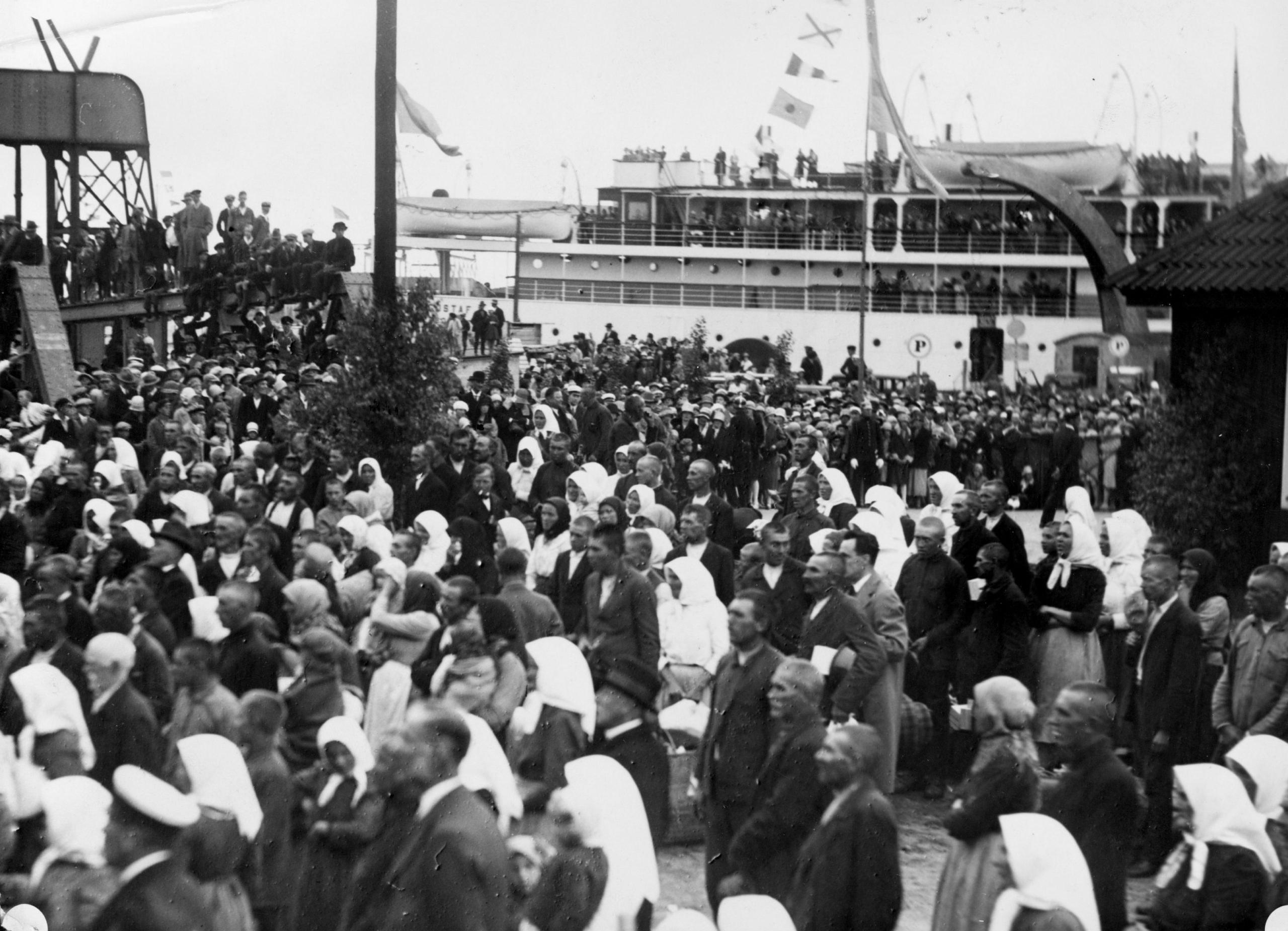 It was not plain sailing for those who returned to Gammalsvenskby, however. They went through famine in 1932-33, Stalinist purges in 1936-38, and some even faced imprisonment after expressing a desire to, once again, return to Sweden. Many were accused of spying and sent to forced labour camps in Russian Siberia and Karelia.

During the Second World War, Nazi Germany occupied Gammalsvenskby, granting German citizenship to residents, who viewed them as liberators. Many were evacuated to present-day Poland once Soviet troops began to regain territory.

At the end of the Second World War, many former residents of Gammalsvenskby made their way back to the village, although around 150 were captured by the Soviets and sent to labour camps before being allowed to return.

After the fall of the Soviet Union, Gammalsvenskby rekindled contacts with Sweden and Canada, with King Carl XVI Gustaf and Queen Silvia visiting the town in 2008 as part of a state visit to Ukraine. 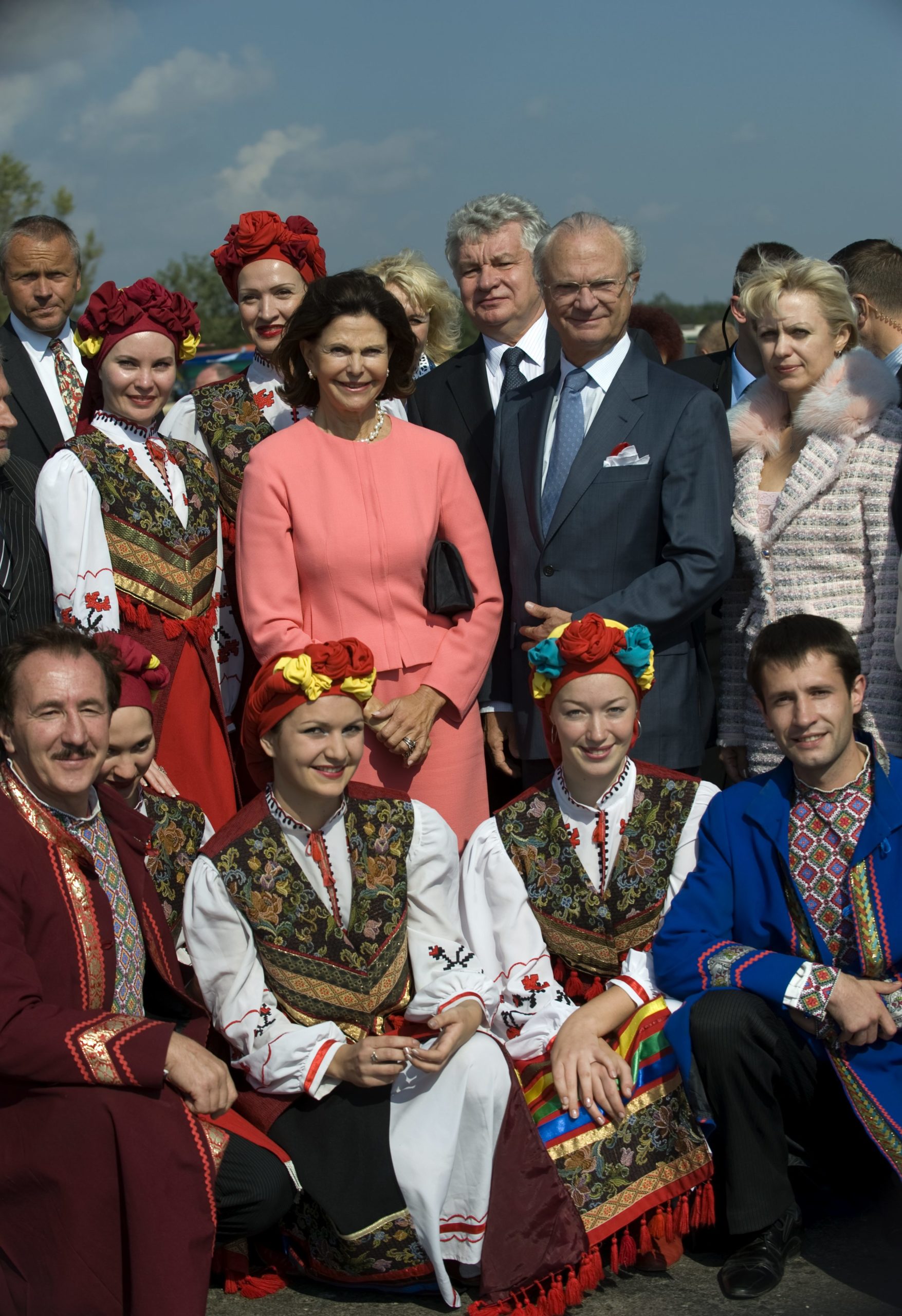 King Carl XVI Gustaf and Queen Silvia in Gammalsvenskby on a state visit to Ukraine in 2008. Photo: Henrik Montgomery/TT/Scanpix

As of 2016, only a small number of Gammalsvenska speakers remained in the village, with many speaking German or Ukrainian instead. Just over 100 residents of Gammalsvenskby were estimated to have Swedish cultural heritage, although the emblem of Zmiivka – the village uniting Gammalsvenskby with neighbouring German villages – still features Sweden’s national symbol, the tre kronor, on an inverted Swedish flag.

Obviously, Ukraine is currently at war following Russia’s invasion in February of this year. Although Gammalsvenskby and neighbouring towns are not among the most affected areas, people in the area are still very much aware that there is a war going on close by.

In an interview with Swedish newspaper Altinget, Swedish parliamentarian Lars Thomsson, whose grandparents arrived in Sweden in 1929 from Gammalsvenskby, spoke about how the war in Ukraine is affecting friends in Gammalsvenskby who he speaks to daily.

“We see how it’s getting worse and worse on a daily basis. Gammalsvenskby has been surrounded by Russian troops for three days. Russia has taken neighbouring towns,” he told the newspaper.

“We had a direct report that the Russians are now behaving like they did under Stalin’s ethnic cleansing in 1937. They stole food, stole gold, take animals and capture people. It’s extremely tragic that what has happened in history before is being repeated”.

Thomsson is, however, hopeful when it comes to Ukraine – and Gammalsvenskby’s – future.

“I still hope that all people want to live in peace and freedom, and only democracy can deliver that. That means that Putin will lose this war in the long-term. However you look at it, Putin will be the greatest loser,” he told Altinget.

“In the long-term, I’m hopeful that Ukraine will emerge from this with strength,” he said.