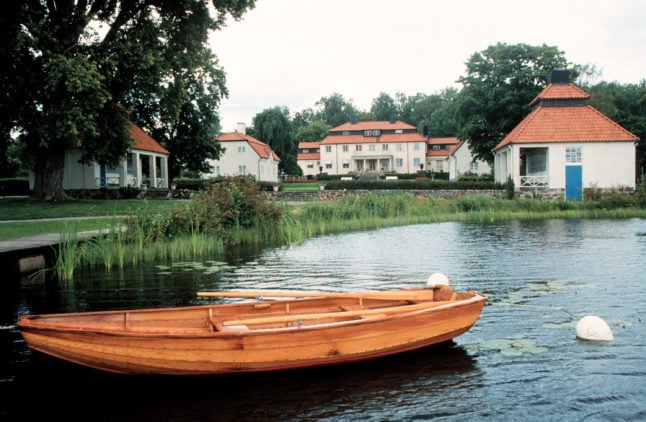 How long has the boat been around?

The boat is a special type of rowing boat produced in Sweden known as an eka. This specific eka, Harpsundsekan, has been around since 1953, when the Harpsund residence was acquired by the Swedish government as their official retreat – similar to Chequers in the UK or Camp David in the US.

Tage Erlander, who was Sweden’s prime minister at the time, was the first to take to the waters in the Harpsundseka.

Erlander was also featured in one of the first famous images of the boat at Harpsund, when he shared a boat ride with the Soviet Union’s de facto leader Nikita Khrushchev alongside an interpreter.

Since Khrushchev and Erlander’s famous boat tour on the lake at Harpsund, it’s become a tradition that visiting presidents or prime ministers join the Swedish prime minister for a boat ride – and Johnson was no exception. 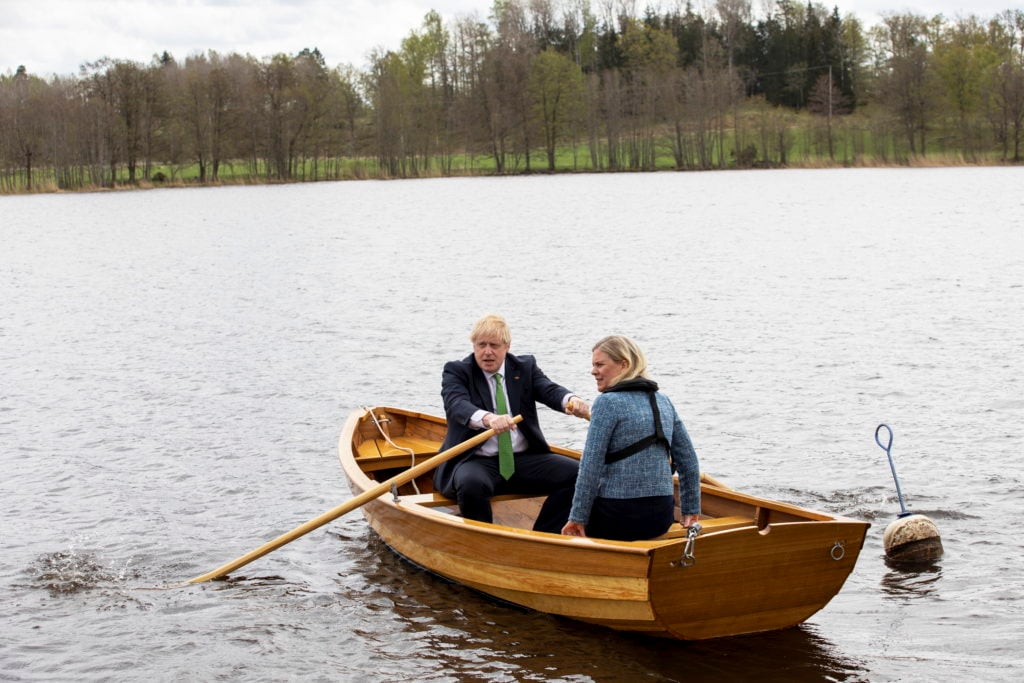 Boris Johnson and Magdalena Andersson row the Harpsundsekan in May 2022. Photo: Ninni Andersson/Regeringskansliet/TT

Many commented on the fact that Johnson chose not to wear a life jacket on the boat, although the majority of Harpsund boat passengers have gone without – prior to 2014, no lifejackets were worn on the boat, as seen in this image of Swedish prime minister Olof Palme and German chancellor Willy Brandt in 1970. 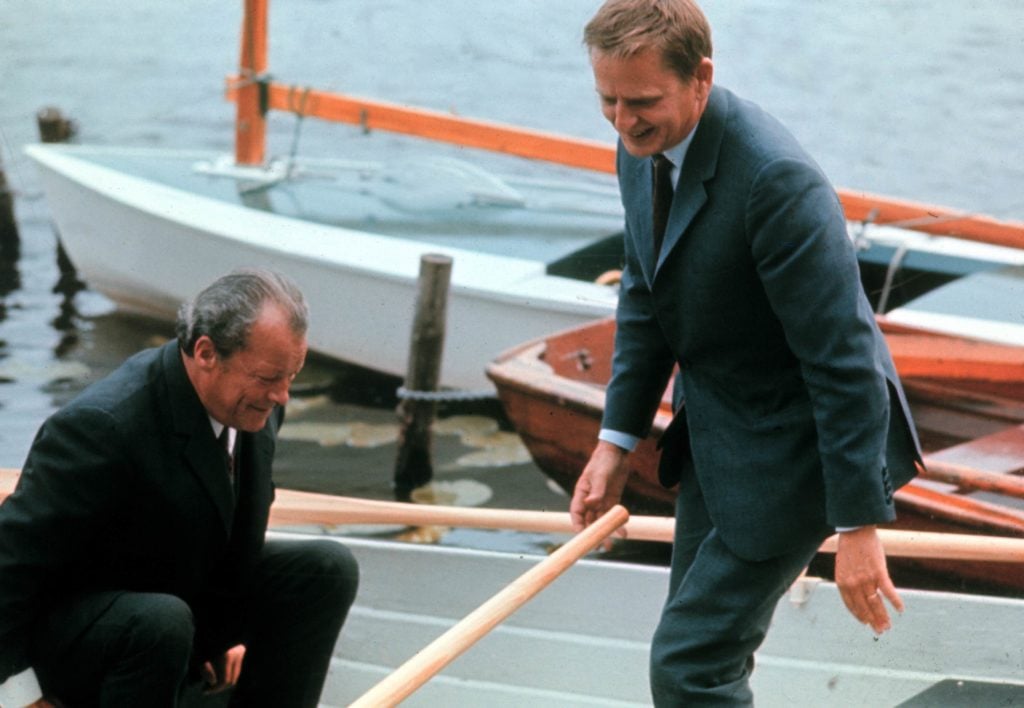 Johnson is not the first British prime minister to visit the Harpsund boat – Harold Wilson is pictured visiting the pier where the boat was moored in 1969 (although it’s not clear whether he actually went for a row). 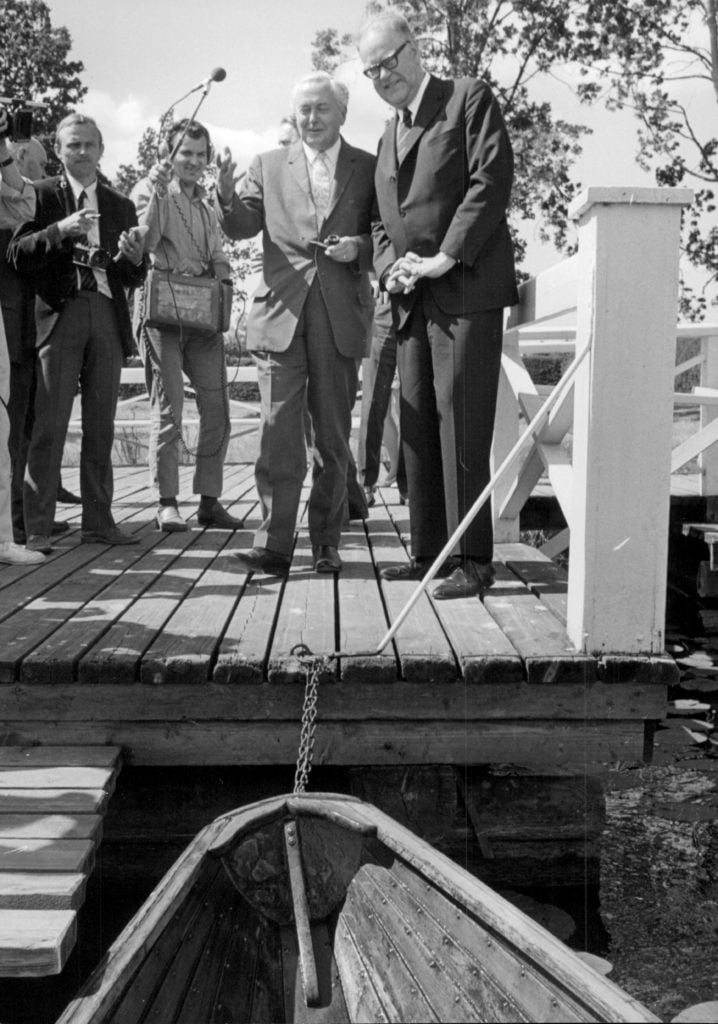 David Cameron is, however, pictured on the boat. He joined former German chancellor Angela Merkel, Swedish prime minister Fredrik Reinfeldt and Dutch prime minister Mark Rutte for a tour during an EU meeting at Harpsund in 2014. 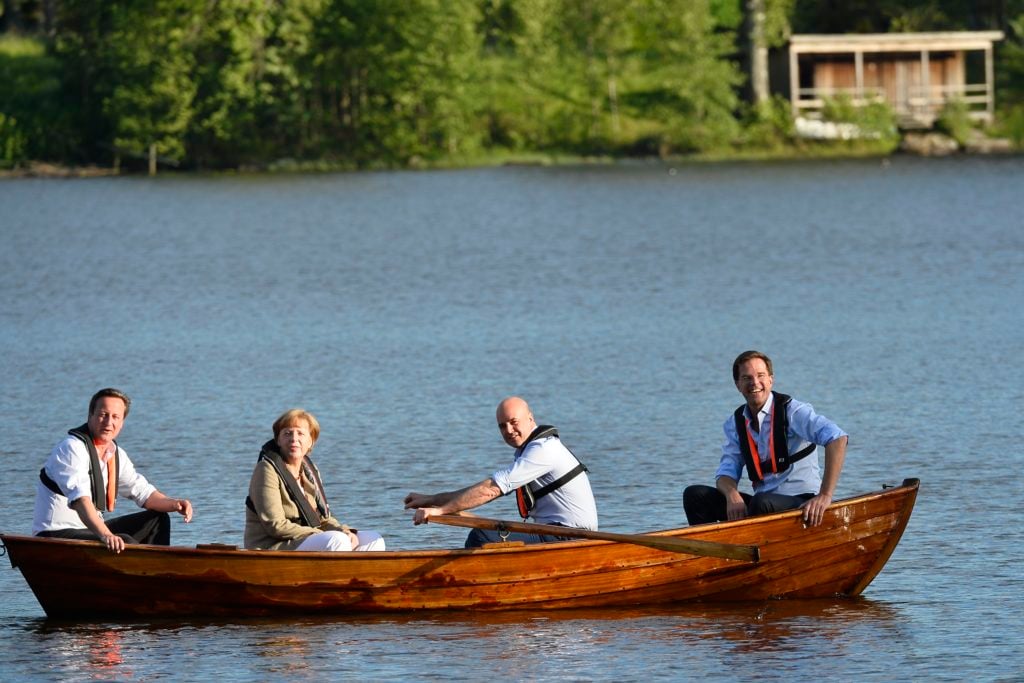 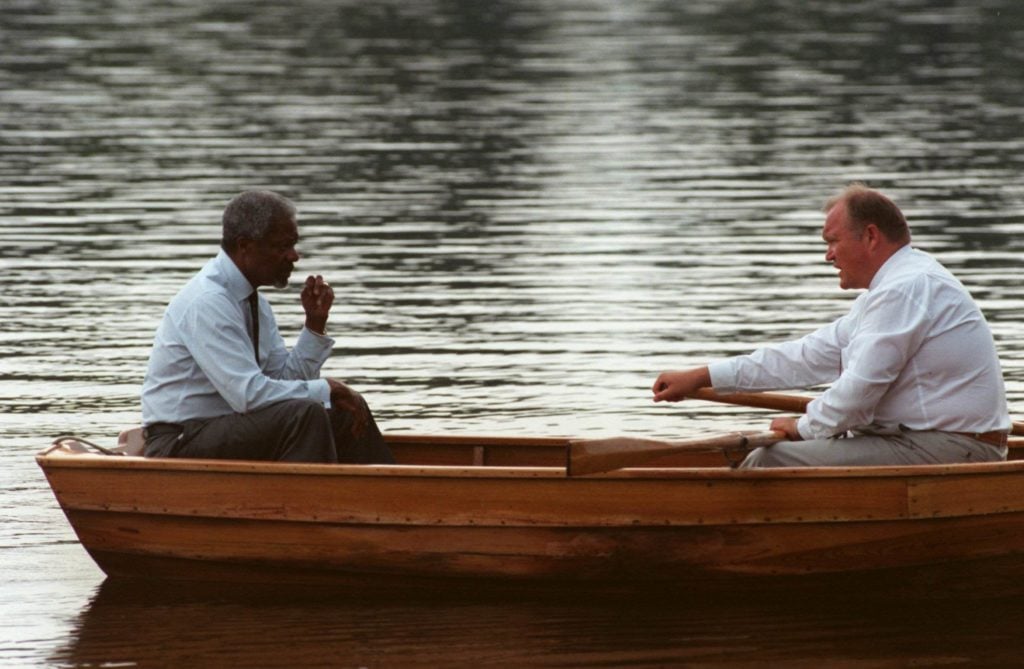 Göran Persson and Kofi Annan in the Harpsundeka in 1997. Photo: Bertil Ericson/Scanpix
The traditional Harpsund boat tour has become an important photo opportunity for visiting officials in recent years – with press clambering to get a good quote or photo upon the boat’s return to shore.

The reasons behind the tradition aren’t clear – but maybe the fact that it gives Swedish and foreign officials an opportunity to talk privately, away from the press and their advisors – is one of the reasons it has survived. 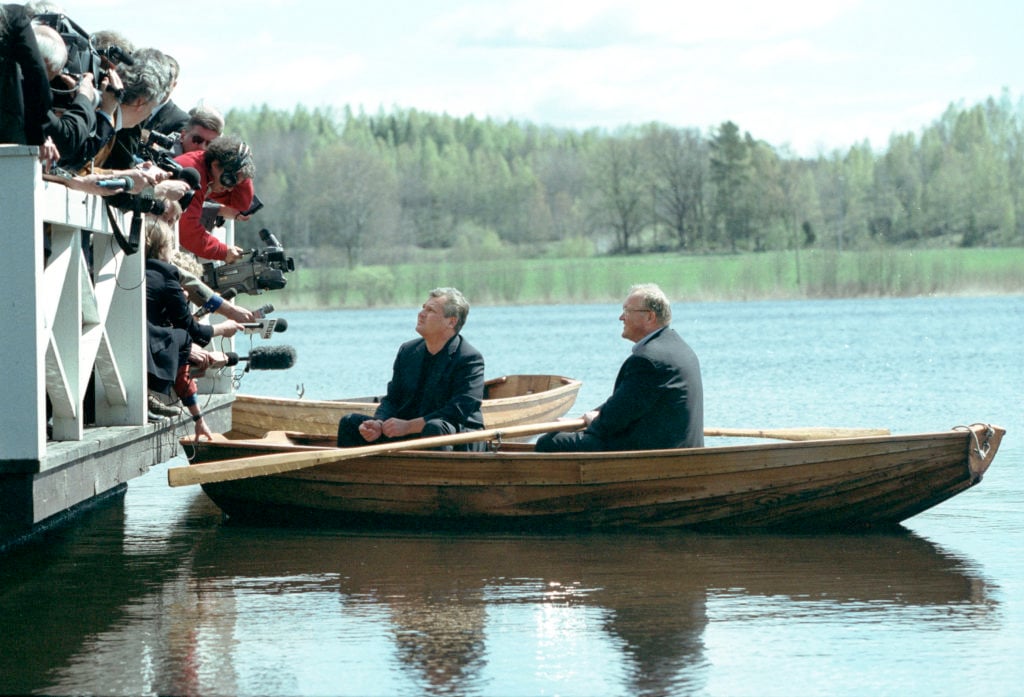 Poland’s president Aleksander Kwasniewski (centre) looks up at the waiting press as Sweden’s prime minister Göran Persson (right) steers the boat towards the pier. Kwasniewski was on an inofficial visit to Sweden in May 2001 to discuss Poland’s membership of the European Union. Photo: Henrik Montgomery/Scanpix/TT
Swedish prime ministers have also enjoyed solitary boat tours at the lake at Harpsund. Here’s Andersson’s predecessor, Stefan Löfven on a solitary boat tour in 2021, in an image which could definitely feature in this article of Löfven looking incredibly Swedish. 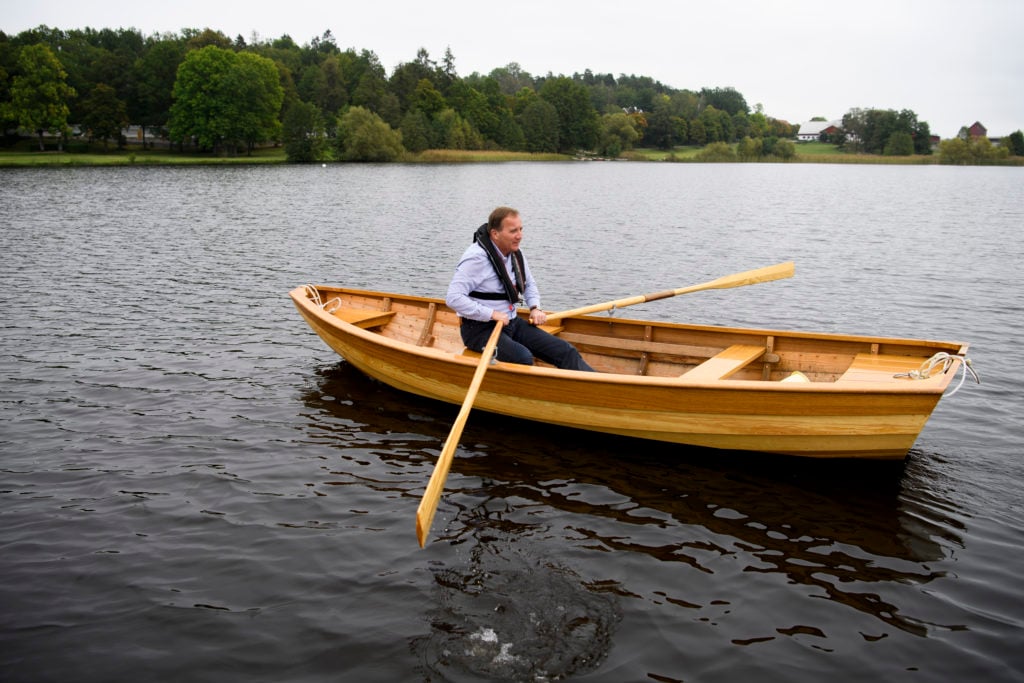 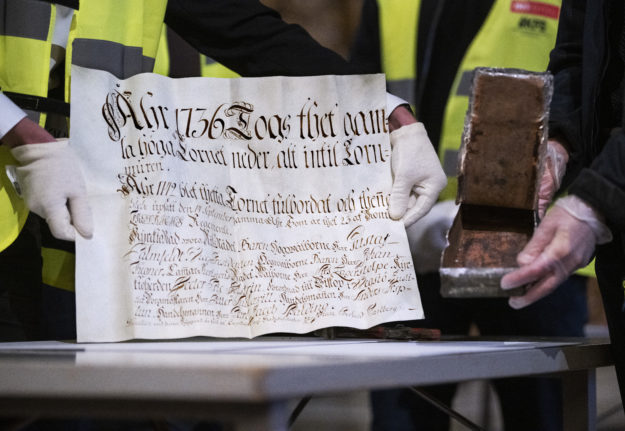 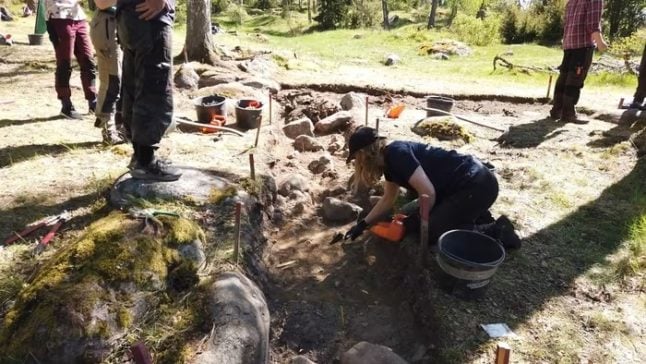 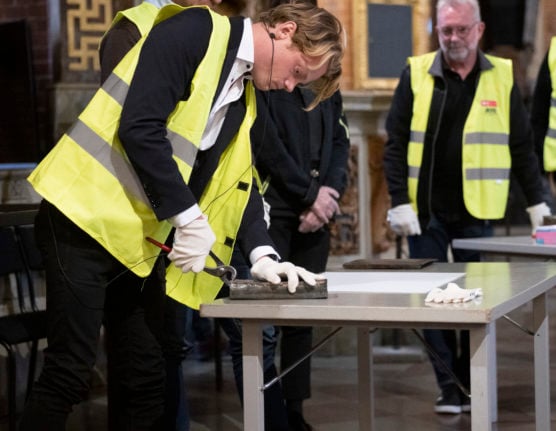 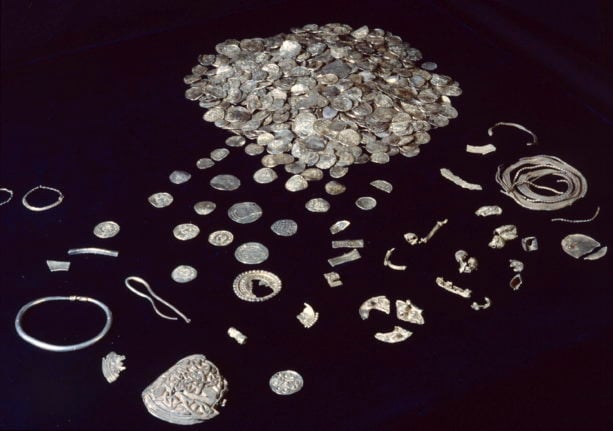