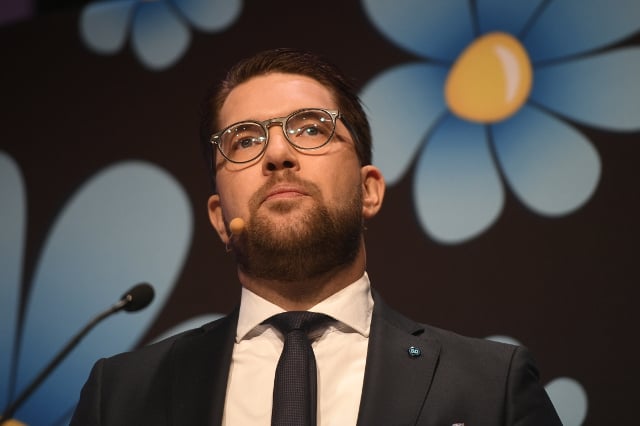 National number-cruncher Statistics Sweden's (SCD) Party Preference Survey is one of the most important voter preference polls in Swedish politics. With less than a year to go until Sweden's next general election, The Local takes a look at some of the points of note from the latest edition.

Bringing in Ulf Kristersson pays off for the Moderates

The new Party Preference Survey shows that the Moderates increased by 4.1 percentage points compared to the last edition in May – the biggest increase recorded.

The Moderate decision to change leader in the autumn and replace unpopular Anna Kinberg Batra  appears to be paying off. Bad news for the Sweden Democrats

The Sweden Democrats meanwhile lost 3.6 percentage points compared to the last survey, landing on 14.2 percent in the current edition. If the election were held today they would still have made a gain of 1.9 percent compared to the 2014 election, but their loss is the biggest recorded between May and November 2017.

READ ALSO: Could the Sweden Democrats leave Sweden ungovernable after the election?

Along with the votes they lost to the Moderates in the new poll, SD also lost 0.4 percent to the Social Democrats.

The governing Social Democrats can take heart from their performance in the poll, with their 32.6 percent backing an increase on their performance from the previous edition (31.1 percent), as well as higher than the percentage of the vote they took in the 2014 election (31 percent).

READ ALSO: An easy guide to Swedish politics ahead of the election

That said, the results will be somewhat bitter-sweet for Prime Minister Stefan Löfven, as his current government coalition partner has cause for concern.

Greens slip below the threshold

With around 10 months to go until the December election, the chances of the Green Party being part of a second consecutive government are not looking good. The junior coalition partner in the Swedish government polls at 3.8 percent in the survey, down 0.7 percentage points since the last edition in May, and below the threshold for representation in the Riksdag (four percent).

In the 2014 election the 6.9 percent of the vote they took allowed the Greens to enter government for the first time ever, but if a repeat is going to happen they have work to do – and fast. Some of the other smaller parties are also struggling according to the new poll. Above all the Christian Democrats (KD), who with 3.1 percent of the vote would also fall below the Riksdag cut-off, and have dropped 0.1 percent compared to May.

The Liberals dropped by 0.8 percent compared to May and land on 4.2 percent at present meanwhile which is dangerously close the threshold. The Centre Party's surge from earlier in 2017 has stopped, with a 1.8 percent drop compared to May giving them a total of 9.5 percent. That is however still a gain on the 6.1 percent they took in the 2014 election.

Things are somewhat brighter for the Left Party, who poll at seven percent, up slightly from the last Party Preference Survey (6.3 percent) and an increase on their performance in the 2014 election (5.7 percent).

One of the most intriguing developments to emerge from the latest Party Preference Survey is that several of the traditional governing blocks would not be possible as things stand.

While the Alliance parties would according to the current survey have a combined 39.2 percent of the vote for example, one of their individual members (KD) does not have a high enough percentage for Riksdag representation, and cannot therefore be factored in as part of a government coalition.

The same would be the case for a “Red-Green” government comprised of the Social Democrats, Greens and Left Party, which would have a combined 43.4 percent of the vote according to the current poll, but like the other block features a party below the threshold (the Greens). If both the Greens and the Christian Democrats do indeed drop out of the Riksdag come September (and perhaps even the Liberals), we could see new government alternatives formed as a result, potentially involving previously unlikely-seeming combinations like the Social Democrats with the Centre Party, or even the Moderates with support from SD as political scientists have previously suggested to The Local.

The Party Preference Survey, based on the opinions of around 9,000 voters is released twice a year and considered a good indicator of Swedish voter sympathy. The survey released on December 5th asked respondents “which party would you vote for if an election were held today”. SCB also asks people about which party they feel the closest to, the results of which will be shared on December 8th.