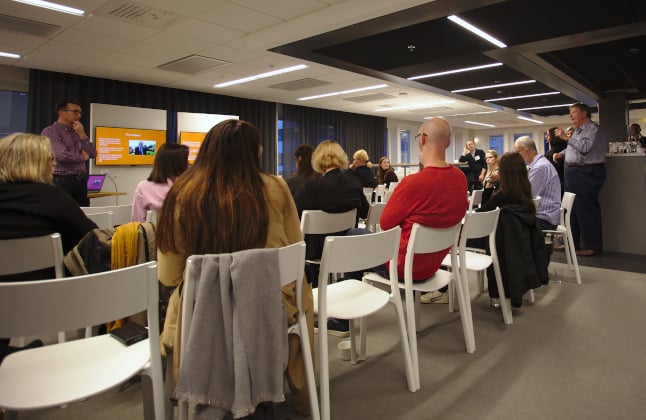 Regular readers of The Local have hopefully noticed a change in how we do journalism over the past two years. When we launched Membership, this wasn't just a way to raise revenue, but also a chance to bring our readers closer to our reporting and give them ownership of The Local.

In May I joined the European Journalism Centre's Engaged Journalism Accelerator as Sweden Ambassador, along with five other ambassadors from France, Italy, the Netherlands, Poland and the UK. Our aim is to research and promote engaged journalism in our countries and across Europe, and to bring together those who are interested in it.

Around 30 guests joined us at our Stockholm office in October, and we were proud to host four external speakers with extensive experience of community-driven journalism: editor and entrepreneur Petter Beckman, Kerstin Gustafsson Figueroa and Eleni Terzitane of Nyhetsbyrån Järva, and digital strategist Brit Stakston who is CEO of Blankspot.

A book club, a pop-up newsroom, and conversation starters

We began the event by outlining the concept of engaged journalism. This term can be used to talk about any methods that involve bringing the reader into the reporting process, for example using surveys and questionnaires to find out about your audience, hosting events to bring readers together, responding thoughtfully to comments and feedback, and much more.

It's not necessarily about activism or getting more clicks and shares on articles, but when done well, treating journalism as a dialogue with readers gives them the tools to engage not only with the news, but in society and democracy more widely.

I shared details of some of the projects that the EJC's Engaged Journalism Accelerator has worked with across the Europe. In Romania, a pop-up newsroom brought a Bucharest editorial team closer to their rural readers. German publication Krautreporter sees its journalists as 'conversation starters' and it's not possible to publish an article without a journalist posting the first comment to get that conversation going.

And in March this year, I launched The Local Sweden's Book Club, partly thanks to a seed grant from the Accelerator. The group has since grown to 1,000 members around the world, all with an interest in learning more about Sweden through reading, and it's been a great way to get to know our readers and talk with them beyond the daily news.

By discussing books written about Sweden (on our website, in our newsletter, and in the Facebook group), we hope to open up the conversation to all sorts of topics from immigration to the cold dark Swedish winters to life in 17th century Lapland.

So how have other newsrooms in Sweden been engaging with their readers?

Our first speaker, Petter Beckman, discussed his newly launched project #EttSthlm, which has involved bringing together people who would never normally meet, and getting them to discuss issues in the news.

“Social media was meant to enable a democratic revolution, to get people talking to people they couldn't previously… but that hasn't happened,” he said.

“The media often elevates people on the fringes because they're interesting to talk about. People in the middle either join those fringes or are left in the shadow – so we as journalists should shine our searchlight here. We should talk to the people in the middle and build stories with these people, because that's the only space where conflicts can be negotiated.”

By, for, and with the community

While #EttSthlm is about bringing people from different parts of the community together, Nyhetsbyrån Järva is a local newsroom focused on engaging closely with people who are part of one specific demographic.

The site was launched in 2018 to report on the Järva suburb in northern Stockholm, an area which Editor-in-Chief Kerstin Gustafsson Figueroa said was often under-reported in the national media, which only spoke to Järva residents about the problems there, and rarely about the responses, solutions, or positive news.

“We wanted to give people another picture of the so-called deprived areas. People in these areas feel like the media talk about them, not with them,” said Kerstin, who presented with Eleni Terzitane.

By contrast, Nyhetsbyrån Järva has run courses to train Järva locals in local journalism, and 13 of the 15 participants in the first course have since been published in the paper. The local news site aims to provide balanced coverage of the area, not shying away from the problems but not restricting coverage to these, and also focusing on culture, sport, and more.

Asking readers to support a cause

Building close relationships with readers has been at the core of news site Blankspot's philosophy and revenue model since it started up.

With a focus on investigative journalism that shines a light on the 'blank spots' (vita fläckar in Swedish) that are under-reported, Brit explained how this close relationship can be built without necessarily using citizen journalism.

Members, known as Blankspotters, get access to closed Facebook groups where they can follow and discuss the stories, and reporters are active in these groups. This extra access is on top of the newsletters, podcasts, and events that members receive.

Creating an engaged community has allowed Blankspot to work quite differently from most media. There is no paywall and they allow other news organizations to republish their work, so that while members get perks they are in most cases paying because they believe in independent journalism. Brexit and The Local

Our final speaker was The Local's CEO James Savage, who outlined how our nine sites have used the methods of engagement journalism in our coverage of Brexit.

While only a small proportion of The Local's readers are British citizens, for this group Brexit is a key issue – one which James defined as “fast-moving and personal for our readers”, and one that no other media is reporting on from the perspective of Brits in the EU.

The Local's reporters have worked closely with readers to find out the questions that are most important within the British community, and to hear how people have been affected.

On our Swedish site, this has included putting reader questions to ministers, surveying Brits about their lives, meeting Brits in person, and working to take on all feedback from readers, all to ensure that our reporting delivers the facts and tips they need, and to push for those in power to give answers to our readers' worries. After the talks, attendees had a chance to mingle. Photo: Emma Löfgren/The Local

Where to go from here?

Across Europe, five other journalists are part of the Ambassador Network and have hosted corresponding meetups in their countries: Anna Merryfield in the UK, Alicja Peszkowska in Poland, Marianna Bruschi in Italy, Pierre Leibovici in France, and Ties Gijzel in the Netherlands. Each newsroom has also received a small seed grant to fund these events and one mini-experiment – for The Local, that was our Book Club.

And we know that other newsrooms in Sweden are working hard to involve readers in their work. Public broadcaster SVT invited viewers in western Sweden to 'hire a reporter' for a week earlier this year; children's publication Minibladet has worked in socioeconomically vulnerable areas to engage youngsters in journalism; while Dagens Nyheter has offered temporary free subscriptions to under-26-year-olds ahead of important elections.

At The Local we plan to continue putting engagement and dialogue at the centre of our strategy, and working for our readers. We're excited to see so many others believe in the impact of community-driven journalism, and hope to keep moving the conversation forward.

Thank you to those who attended the Engaged Journalism in Sweden event, and to our four external speakers. The event was organized by Catherine Edwards, Emma Löfgren and Paul O'Mahony. It was funded by the European Journalism Centre.

If you're a journalist or editor, or are interested in learning about and working with engaged journalism, please feel free to get in touch.

If you are a reader wanting to know more about how you can get involved with The Local, or if you have any feedback for us, please read more here or get in touch with our editor. 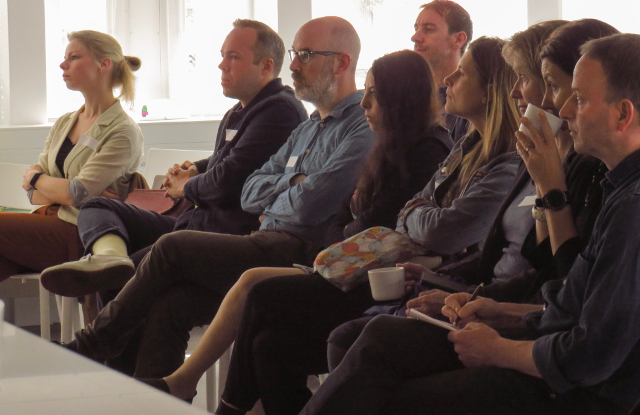 MEDIA
Putting community at the heart of journalism: Event by The Local 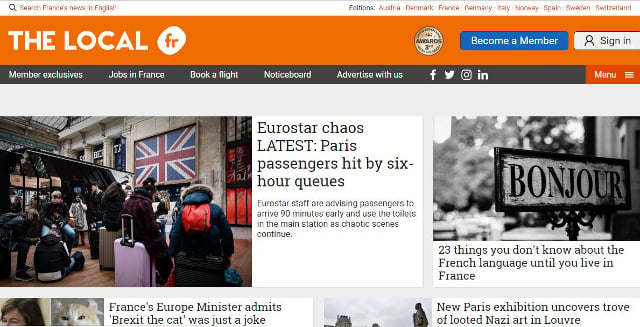