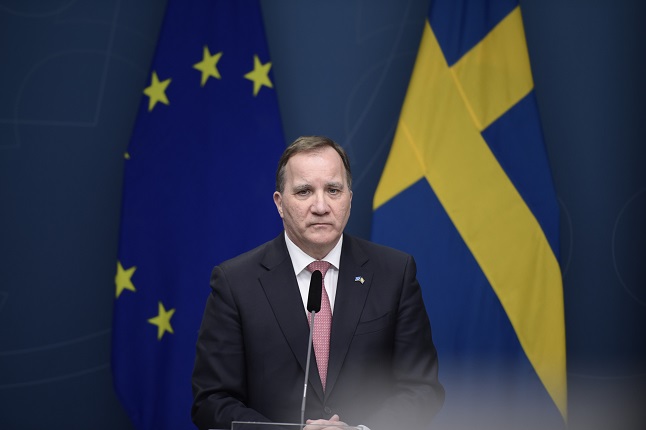 Löfven gave a stern admonishment to people in the country to better follow the restrictions and recommendations in place, adding that big Easter celebrations were out of the question.

It will not be possible to hold big family celebrations over Easter, he said. “The coronavirus doesn’t care about our festivities.”

At the press conference, Johan Carlson, the Public Health Agency’s director, defended the decision to suspend the use of the AstraZeneca vaccination while Sweden’s neighbour Finland opted to continue administering it.

“People can take end up in different decisions here, and I wouldn’t say one is more correct than the other,” he said. While he remained convinced Sweden had taken the right decision, he added, he did not, therefore, think that Finland had taken the wrong one.

Asked whether Sweden’s decision to keep ski resorts open and not advise against travelling during the ‘sportlov’ holiday had contributed to today’s rising rate of infections, Carlson said it was “too early to tell”. “But we can see nothing that suggests that travel during sportlov has led to any great outbreaks,” he said.

The assertion came after both British Prime Minister Boris Johnson and French Prime Minister Jean Castex both said they would get injected with the AstraZeneca vaccine, which had been suspended by countries across Europe after several cases of blood clots and haemorrhaging among those recently vaccinated.

After the EMA’s decision, Sweden’s state epidemiologist Anders Tegnell told Sweden’s TT newswire that the AstraZeneca jab was “an extremely good vaccine”, adding that it would be “extremely sad if we weren’t able to use it.”

But while Germany, France, Italy and Spain said they would resume using the jab as soon as the EMA announced its decision, Tegnell said that the Swedish Public Health Agency would take its decision next week, reiterating what his colleague Karin Tegmark Wisell had said earlier in the day.

“We want to feel certain that there aren’t any groups to whom we should not offer this vaccine,” he said.

As for whether the pause in offering the AstraZeneca jab would affect the goal of offering vaccines to all adults by the end of June, Health Minister Lena Hallengren said she did not think this would be the case.

“It hasn’t been very many days,” she said of the pause which began on Tuesday. “It is clear that every day has an impact, but big changes in deliveries have a much bigger impact.”