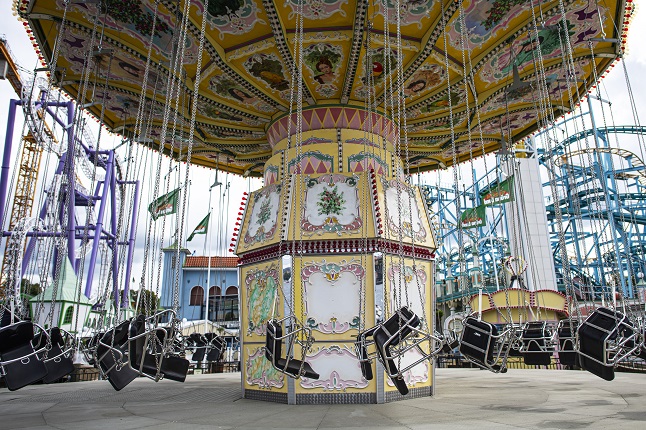 Amusement parks may only allow up to one visit per 20 square metres, and no more than 500 in total. Photo: Ali Lorestani/TT

Coming into effect from Thursday March 25th, the rules are intended to limit crowding at places like museums, art galleries, zoos, amusement parks and theme parks.

These venues will be required to calculate a maximum allowed number of visitors and ensure that visitor numbers do not go over that number. The total number differs between different venues, and is set at one visitor per 20 square metres at amusement and theme parks and zoos, and one visitor per 10 square metres at museums and art galleries, the same limit as for shops and gyms.

In addition, the total number of visitors allowed may not exceed 500, the same rule as applies to shopping malls and department stores.

Within the venue, individual attractions such as rides or carousels will need to take extra measures to reduce the risk of crowding both on the attraction itself and nearby, for example in queues or among watching parents.

And all venues will be required to inform staff and visitors about hygiene measures and ensure there are opportunities for frequent hand-washing.

Currently, amusement parks in Sweden are covered by the eight-person limit for public gatherings, meaning they are effectively closed by law. There is no national rule or recommendation forbidding museums, art galleries, or zoos to open, although many have either been closed or already introduced measures like limiting visitor numbers or only allowing pre-booked visits.

The changes for theme parks and museums comes as Sweden’s state epidemiologist warned of a “significant increase” in the spread of the virus on Tuesday. The country’s 14-day incidence rate (new cases per 100,000 residents) has now topped 600, which according to ECDC data puts it among the highest rates in the EU, behind only Malta, Hungary, Estonia and the Czech Republic.