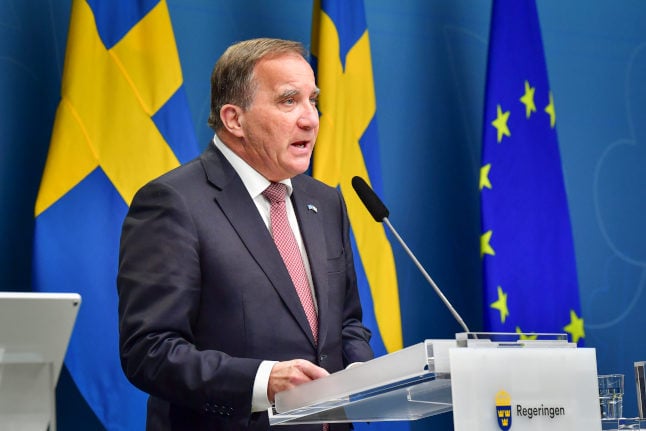 From June 1st, the following rules will apply:

Under the current rules, bars and restaurants are currently forced to close at 8.30pm.

Löfven was joined by Environment Minister and Deputy Prime Minister Per Bolund, Health Minister Lena Hallengren, Education Minister Anna Ekström and Public Health Agency director-general Johan Carlson at a press conference on Thursday afternoon, where they confirmed the decision to go ahead with the previously announced plan to ease coronavirus restrictions on June 1st.

Löfven and his ministers also announced the following steps for easing restrictions according to a five-step plan, the second step of which will come into effect on July 1st depending on how the pandemic situation develops. The third step is currently scheduled for mid-July, the fourth for September and no date has yet been set for the fifth and final step which will see the lifting of all coronavirus restrictions.

In the second step, the limit on public events will be raised further: 50 people at non-seated indoor events, 300 people at seated indoor events, 600 at non-seated outdoor events, 3,000 at seated outdoor events and 900 at outdoor running events. The Public Health Agency will also remove the recommendation to only socialise with your closest circle in this step. In the third step, the recommendation to wear a face mask during rush hour on public transport will be removed. Again, this will likely depend on the spread of infection in the coming weeks.

Sweden was badly hit by the third wave of the pandemic, but the outbreak currently appears to have peaked in mid-April. The Public Health Agency’s expert Karin Tegmark Wisell told the agency’s weekly press conference at 2pm on Thursday that the number of new cases has been falling for the past five weeks. Sweden’s 14-day incidence rate (new cases per 100,000 residents over the past two weeks) currently stands at 427, down from 513 a week ago. Norrbotten in the far north of Sweden was however highlighted as a region where cases are instead increasing.

Taha Alexandersson, deputy crisis manager at the National Board of Health and Welfare, said that the number of hospital inpatients had fallen by more than a quarter in a week, with fewer than 1,000 patients being treated in hospitals across Sweden. “But it’s still a very high number,” she said.

More than 44 percent of adults have received their first dose of a Covid-19 vaccine.

You can watch the government’s press conference in Swedish here: