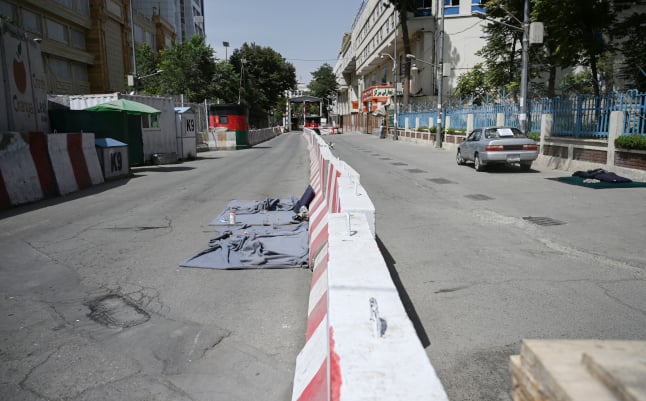 “State cooperation on development is suspended for the time being,” German Development Minister Gerd Mueller said in an interview with the Rheinische Post newspaper.

“We are working at pace to evacuate from Afghanistan those local development officials and NGO workers who want to leave.”

The German government had agreed to send 430 million euros ($506 million) to Afghanistan a year, making it one of the biggest donors to the country.

This money was intended to support the training of local police forces and strengthen the justice system, as well as furthering the rights of women and fighting corruption.

Separately, the Finnish government announced it would suspend its development aid to the country, as did Sweden.

“We are suspending all official development aid funding at the moment due to the circumstances in the field,” Mikko Autti, advisor to the Finnish development minister, told AFP.

There was “currently no timetable” for reinstating the aid, he added.

On humanitarian assistance, Autti said Finland was “awaiting coordination with our international partners on how to assist Afghan civilians either in Afghanistan or the nearby countries, but so far it’s still not certain”.

Swedish Prime Minister Stefan Löfven said his country would reconsider how best to deploy aid in Afghanistan, but stressed Sweden would “in no way give any aid to the Taliban”.

“We are not abandoning the Afghan people,” Löfven said in a post to social media.

“But Sweden will need to redirect some of the aid to Afghanistan following the Taliban seizing power.”

Speaking last week, German Foreign Minister Heiko Maas said the country was not “viable” without the support of international aid.