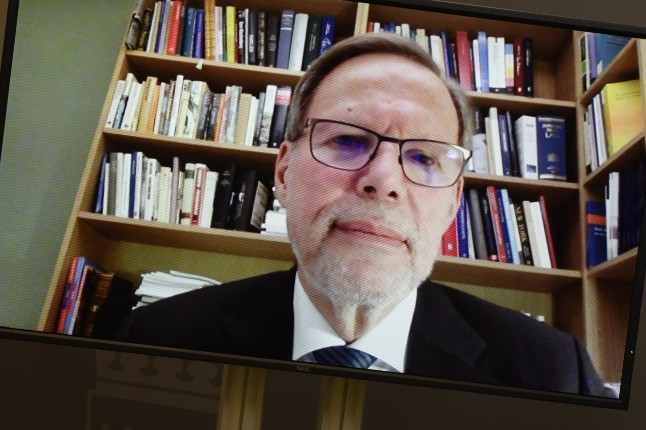 Sweden’s government was last week accused of a cover-up, with the commission complaining that it had still not been given the minutes or records from crucial meetings, and the Swedish Government Offices, or regeringskansliet, claiming that no such records existed.

“The impression given is that they are continuing their cover-up,” complained Camilla Waltersson Grönvall, health spokesman for the opposition Moderate Party. “This is the biggest crisis the world has experienced since World War II, so it’s hard to believe that GSS [The Strategic Coordination Group], would have had meetings on a matter of life and death without documenting what was said.”

What is the Coronavirus Commission?

The Coronavirus Commission, or Coronakommissionen, was set up by Sweden’s government in June 2020 to investigate the country’s handling of the pandemic. Headed by the judge Mats Melin, the commission’s investigation has been divided into three parts.

The third report, which is due to be published on February 25th, will tie all of the commission’s findings together and give an overall assessment of what Sweden did wrong and what needs to be improved.

What is the Coronavirus Commission unhappy about?

Dagens Medicin, Sweden’s medical newspaper, on January 13th revealed an intensifying dispute between the Commission and the government.

The newspaper published excerpts from letters showing that Katja Anell, administrative director at the crisis handling department within the Swedish Government Offices, had, for apparently the third time, declined to send over records of meetings requested by the commission.

She claimed that no minutes were “available to the Swedish Government Offices”, as no official records had been taken at the meetings in question.

Joakim Sunnegård, the commission’s secretary, told Swedish Radio later he and his colleagues were “disturbed and pressured” by the government’s foot-dragging.

“They could have flagged up these problems earlier, but now they’ve come back to us with these problems at the last minute,” he complained. “We’ve now got a month left until our report goes to be printed, and we still haven’t got parts of the information we asked for at the beginning of December.”

What documents are missing?

The commission has asked for all records, logbooks and other documentation connected to the pandemic, kept by officials working at the Government Offices.

They have also asked for notes taken in meetings of the Crisis Committee or Krishanteringsrådet. This committee brings together the state secretaries from Sweden’s Minister of the Interior, who are politically appointed, with the chiefs of the police, the military, the secret service, the National Board of Health and Welfare, the Civil Contingencies Agency and other agencies.

Finally, they have also asked for notes taken at meetings of the Strategic Coordination Group (GSS), which brings together state secretaries from various departments.

What is the government’s explanation?

Health Minister Lena Hallengren last week claimed that none of the records taken at these meetings were considered official documentation.

“Sometimes participants in these meetings make their own notes,” she told the Expressen newspaper. “According to established practice, the Government Offices are not considered to have this type of note at their disposal. It is up to each individual official to what extent notes are kept before, during and after meetings, and they are to be used only in support of those individuals’ memory.”

Officials at the Government Offices have consistently claimed that no notes were taken at the more than 150 meetings of the Strategic Coordination Group.

They have also accused the Coronavirus Commission of being insufficiently clear about which documents it wanted handed over.

How has this explanation been received?

After Hallengren made her claim, a journalist at Svenska Dagbladet, reported that he had been shown several of what he had been told were 100s of so-called “annotated agendas” by a source within the government offices. The source told him that the government had chosen not to share with these with the commission.

The Sweden Democrats then called Hallengren to the Commission on the Constitution, the parliamentary committee empowered to investigate the government’s actions, accusing the government of trying to “cover-up”, or mörklägga its actions during the pandemic.

The Coronavirus Commission has insisted that it has been clear in its demands.

Is the dispute on the way to being resolved?

“It has become clearer which additional action the Coronavirus Commission requires and the Swedish Government Offices will now set to work on carrying out those actions,” said press spokesperson Jenny Ryderstedt.

Over the last few days, the government offices have also passed significant amounts of documentation to the Committee.

“It is true that we have received a lot of information,” Melin said in an email to TT. “We have just started to go through it, and will continue doing so next week. It’s too early to say if we’ve received what we were asking for.”

Hallengren, however, has continued to insist that while the government had now shared the agendas and background documents from the GSS meetings, no official memos were taken at them.

“The group does not take any decisions at its meetings, as it is more a group for discussion and sharing information,” she explained.

According to TT, the Coronavirus Commission has still not been sent the “annotated agendas” whose existence had been revealed in Svenska Dagbladet.